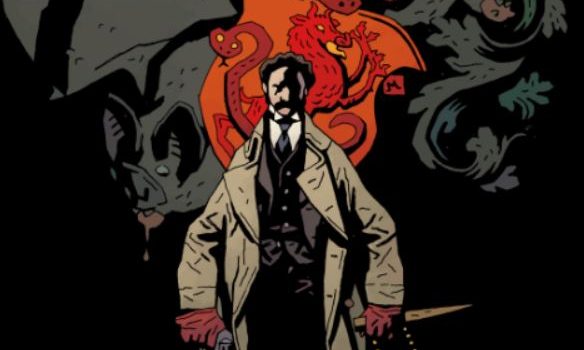 FALCONSPEARE is written and drawn by acclaimed artist Warwick Johnson-Cadwell, with lettering by Clem Robins and a cover by Mignola and Eisner Award-winning colorist Dave Stewart.

“Evil lurks among dark shadows and in many forms. The vampire, the werewolf, monsters of all kinds,” said Johnson-Cadwell. “We need a particular kind of hero to thwart these evils, and Professor J.T. Meinhardt, Mr. Knox, and Ms. Mary Van Sloan are just those heroes. A cryptic correspondence sets them on a mysterious path which will lead them to diabolic danger and grim reality where evil may lie. Diabolic evil is revealed in grim reality, and an ultimate sacrifice is demanded. Their encounters with evil continue.”

“Mr. Higgins Comes Home was a silly little story that basically wrote itself, inspired by old movies both Warwick and I love,” said Mignola. “I certainly didn’t imagine it would lead to other things, but seeing Warwick take those couple of characters from the original and create a whole world around them has been a real joy. I hope he’s having as much fun making these books as he appears to, because (now that I can just enjoy them as reader) I never want him to stop.”

Like the previous graphic novels, FALCONSPEARE features the signature loose, expressive style of cartoonist Warwick Johnson-Cadwell in a standalone story that builds on the characters’ previous adventures. It is set outside both the Hellboy Universe and the Outerverse. FALCONSPEARE will be on sale from Dark Horse Books in comic shops on September 29, 2021 and in bookstores on October 12, 2021. 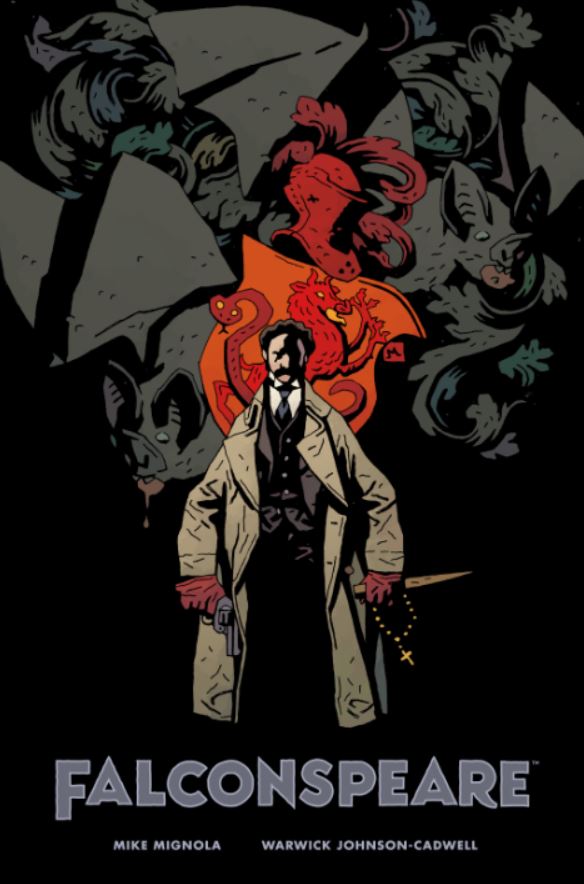 “Charmingly illustrated by Warwick Johnson Cadwell, MR. HIGGINS is both a timeless fable and a cheeky send-up of Victorian vampire tropes, and it’s utterly delightful.”—SYFY WIRE

“Funny, scary… tragic and absurd. In short, it’s a perfect comic book to curl up with on Halloween, or any other day that you’re feeling up for that peculiarly All Hallow’s Eve blend of scares and laughs… and just a tiny hint of tragedy.”— DREAD CENTRAL

“You can always count on Mike Mignola for horror stories with a spooky atmosphere and a sense of humor, and he consistently puts out new horror comics with artists that bring an unconventional visual sensibility to the genre.”—AV CLUB

PRAISE FOR OUR ENCOUNTERS WITH EVIL: ADVENTURES OF PROFESSOR J.T. MEINHARDT AND HIS ASSISTANT MR. KNOX