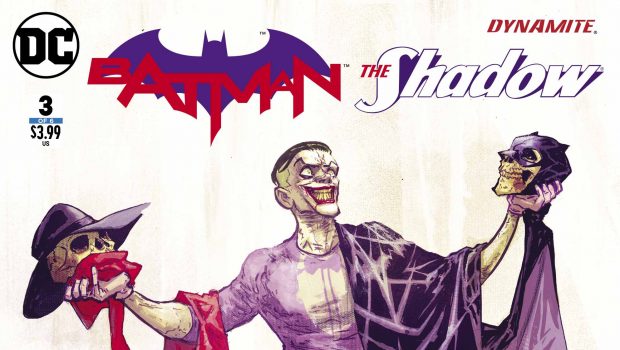 Summary: Who else knows what evil lurks in the hearts of men? Bruce Wayne Knows!

In a crossover that makes so much sense… Batman and The Shadow  must work to stop The Joker and the Stag. One works through an intimidating image, the other through instilling fear in the minds of his enemy… will their abilities combined be enough to stop the mystical powers of Shamba-La? 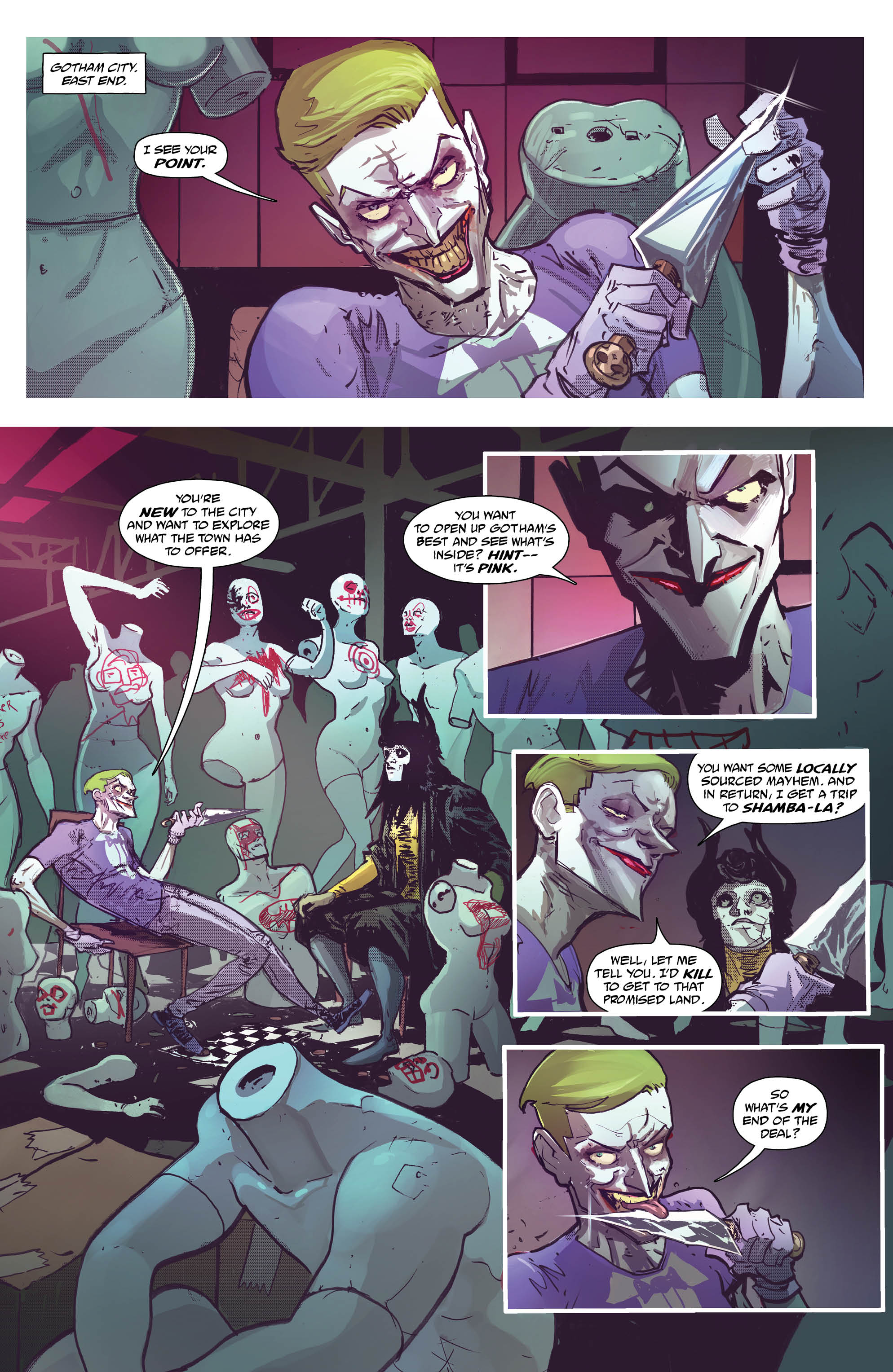 I like the idea of The Shadow working with Batman… the idea that Bruce could learn the powers that The Shadow uses and combine them with his already intimidating arsenal of techniques… it’s a pretty cool thought. But there’s no time for lessons right now… The Joker has been offered a deal to help the Stag kill Batman and The Shadow knows more about this little power play than Bruce… but he may not have enough time to come to Wayne’s rescue… or will he? You would think enough was going on in the story… but we also get a glimpse into Alfred’s past and what makes him the man he is today. 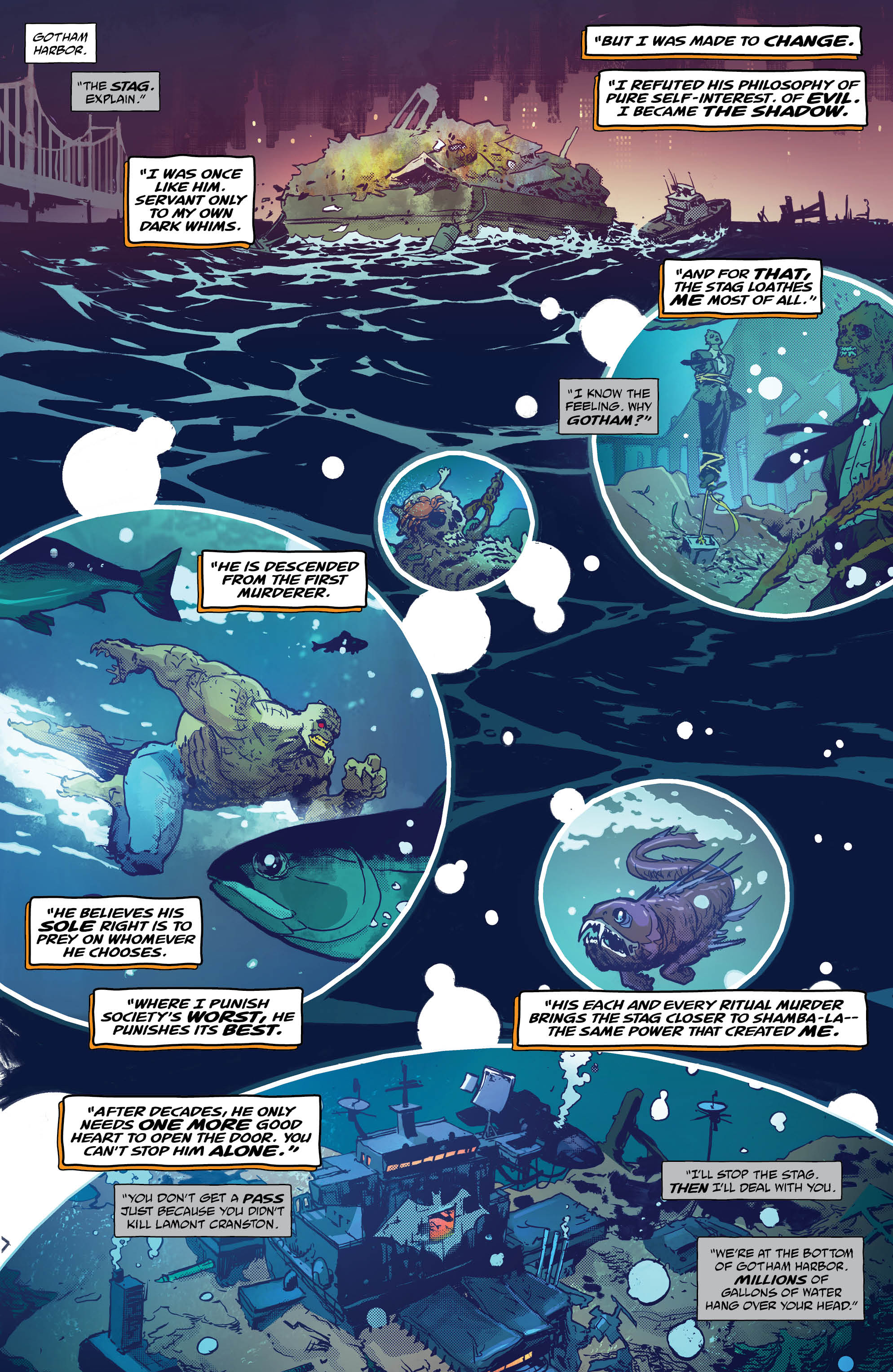 There are a few very nice stylistic choices throughout this comic… placing the panels in the flow of The Shadows cloak/silhouette, some depth of field and perhaps my favourite… the cloaking and shadowing over Alfred as The Shadow makes his move… it all just adds to the appeal of the story. It’s engaging to see such great use of the space available and Riley has done such a great job bringing the reader into the story with every panel. 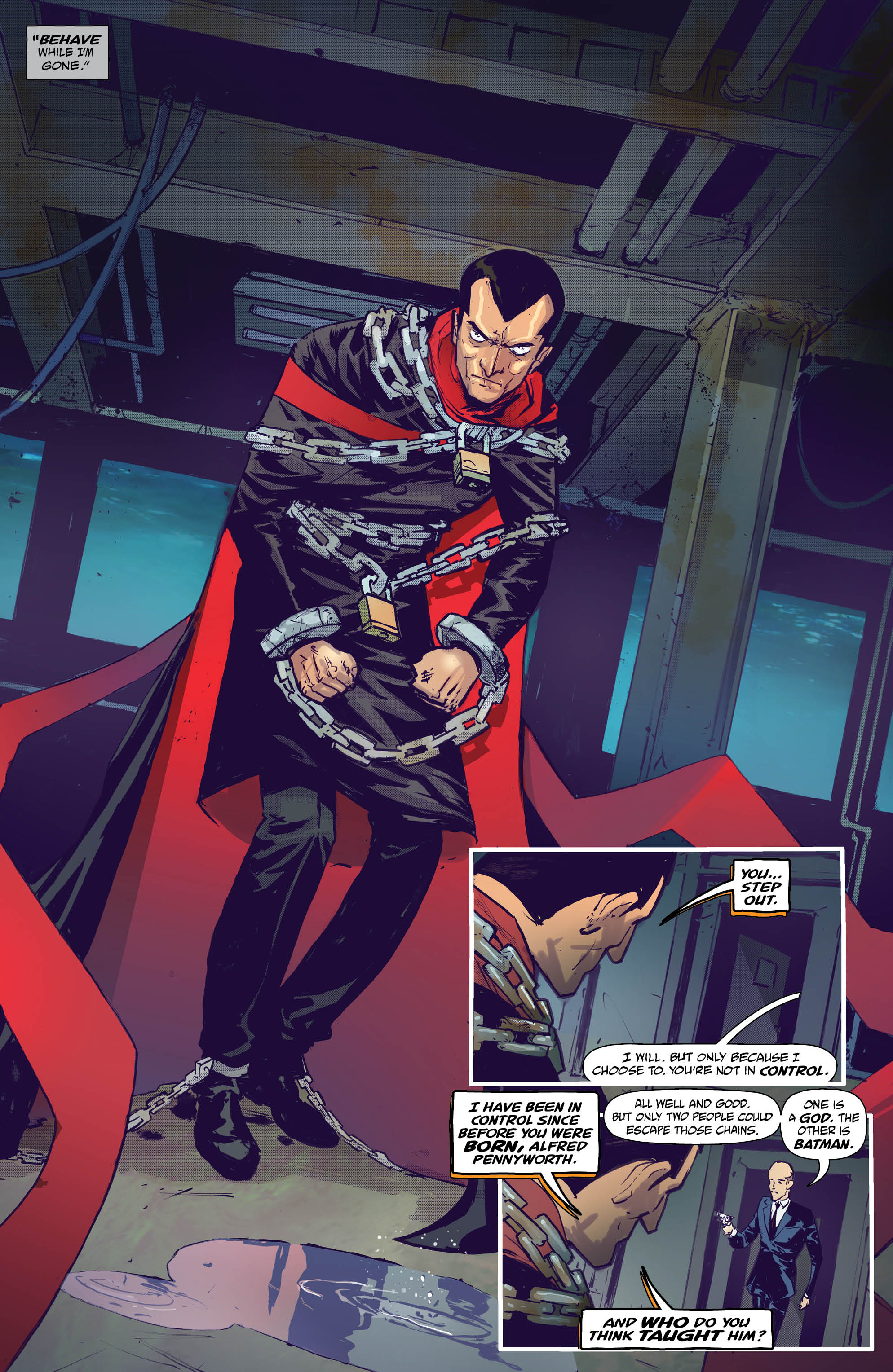 I would be quite happy to read more cross overs with The Shadow and Batman… two crime fighters not all that different from each other to start with… both able to complement the other’s style quite well. 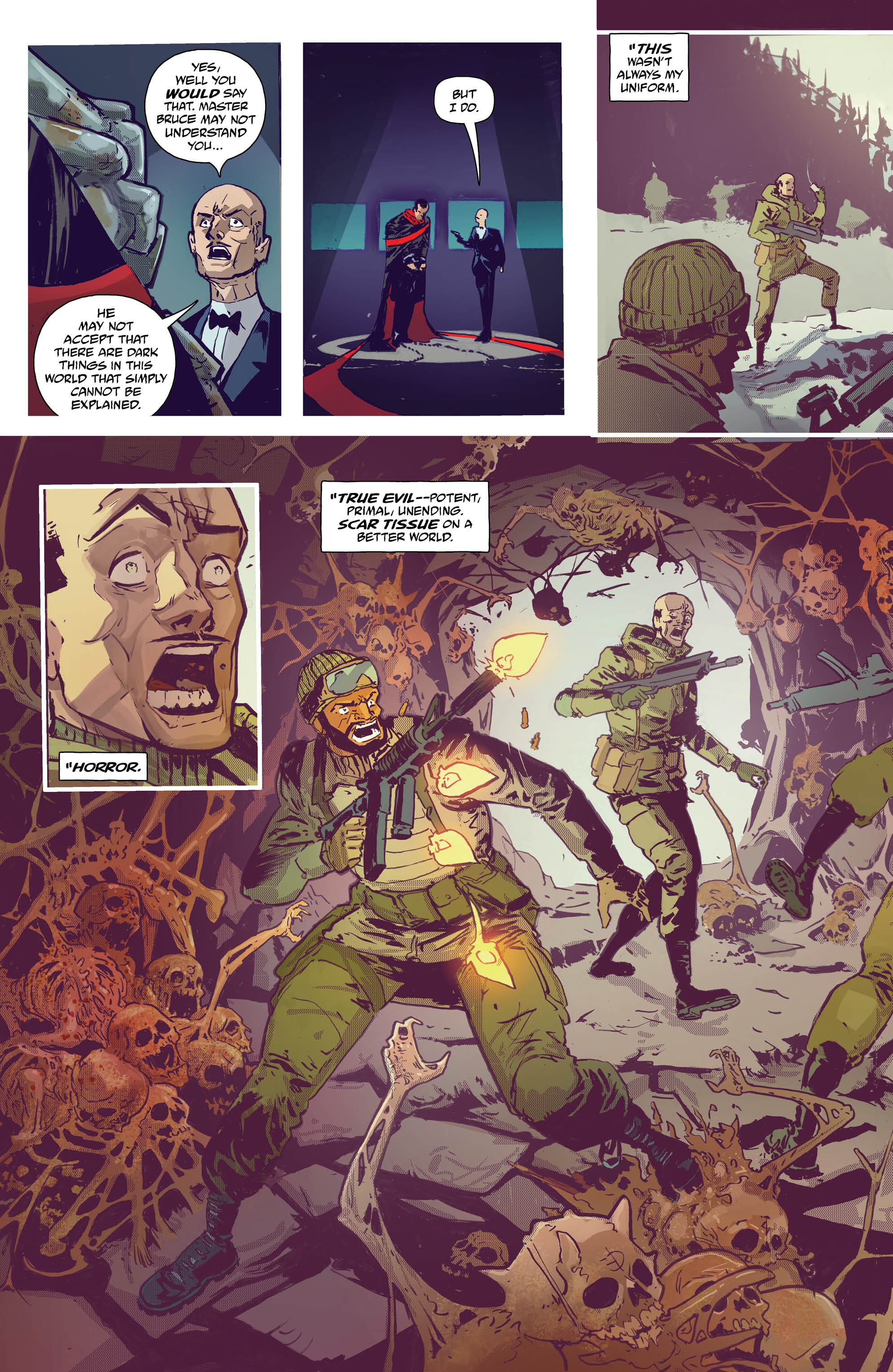