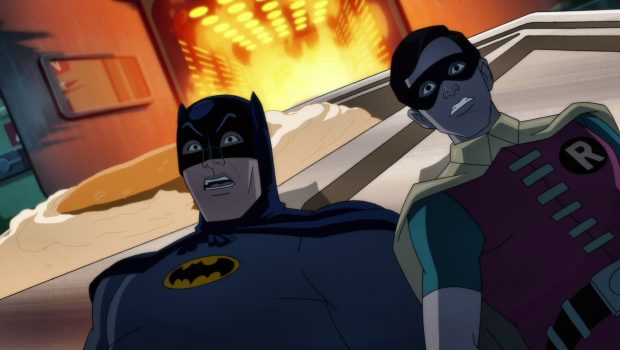 Warner Bros. Home Entertainment has released a new trailer for the upcoming Batman: Return of the Caped Crusaders. It features the Joker, Penguin, Catwoman and the Riddler teaming up once again to bedevil Batman and Robin. It also features a mustached Commissioner Gordon (who went without facial hair in the live action TV series) and sound-a-likes for Burgess Meredith‘s Penguin and, seemingly, Batman executive producer/narrator William Dozier.

While Dozier and Meredith are long since passed, the film features the voices Adam West, Burt Ward and Julie Newmar from the 1960s series.