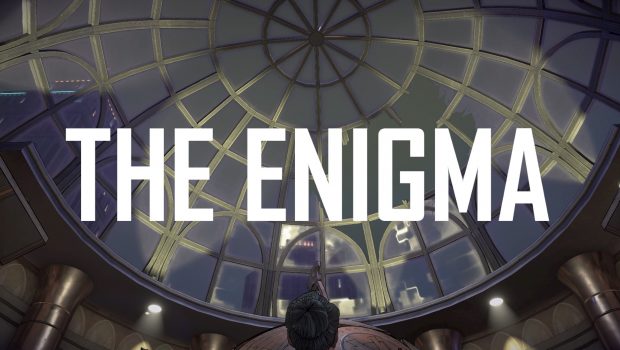 Batman: The Enemy Within – The Telltale series: The Enigma PC Game Review

Summary: The Batman returns, after the traumatic events of Season 1, Bruce Wayne and his closest friends must deal with the aftermath while facing new foes.

I’ll get the obvious out of the way now… it’s episodic, it’s frustrating to have to wait for the next part of the story (because it’s so good) and I won’t mention that again for the rest of these reviews. 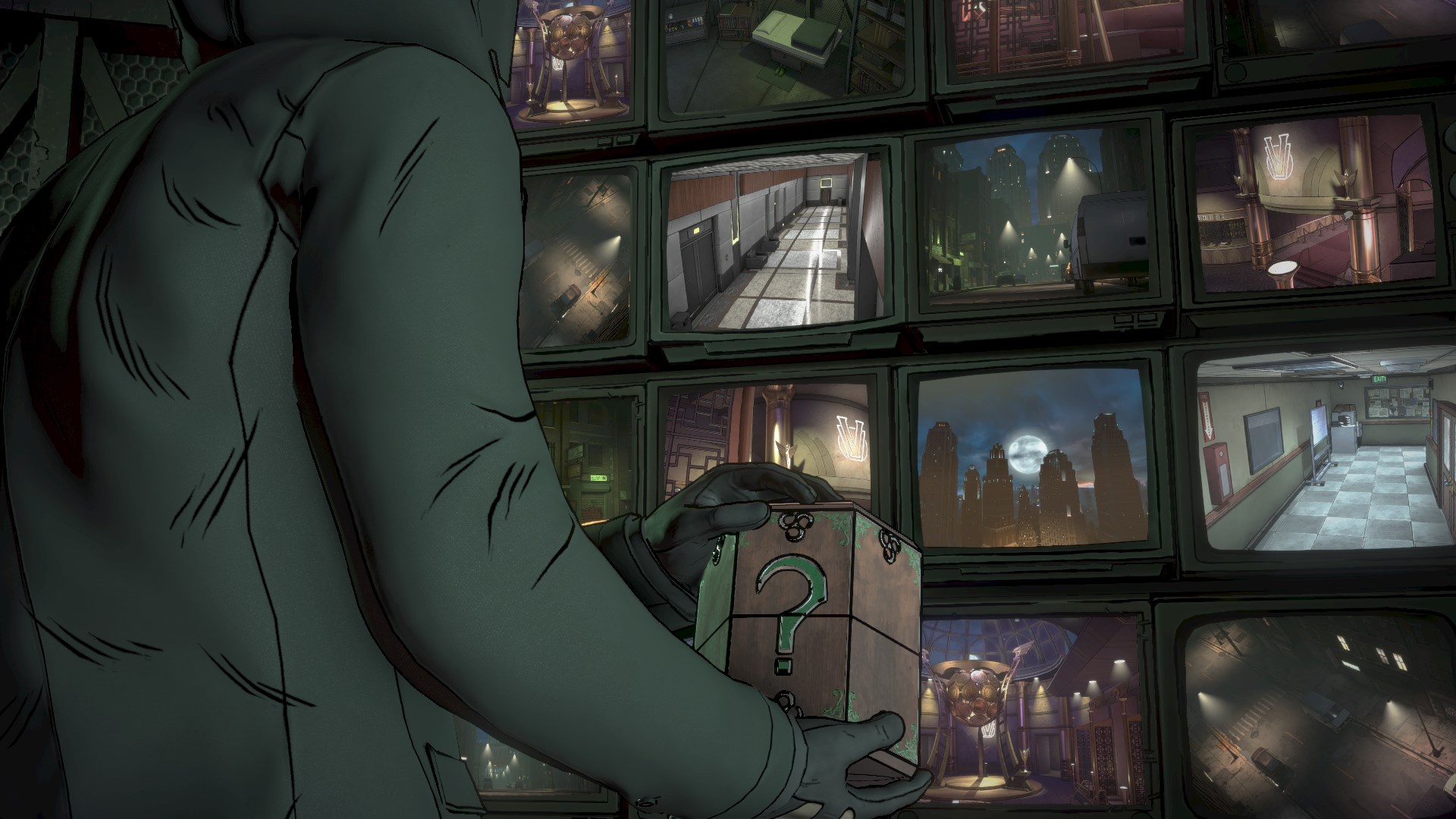 Some time has passed since the events of season one… Batman has improved his standing in Gotham, built a great working relationship with Gordon and seems to have things back to “normal”. But things were never likely to stay calm and an old Gotham character resurfaces to try to claim dominance. As is obvious from the episode title the main enemy is Enigma but as with the previous season Telltale put their own little spin on the character. Throughout the previous season characters would show up or be revealed to be different to what we (or at least I am) used to… I’m still not sure how comfortable I am with some of the character shifts… but for some reason Season two has sat much better with me. I either don’t mind or in some cases quite like the new twist to some of the established friends and foes. I’m not 100% sold on The Joker’s early activities and personality… but I’m also very willing to let the long game play out and see where he goes… he’s not bad… just different to what I’m used to. 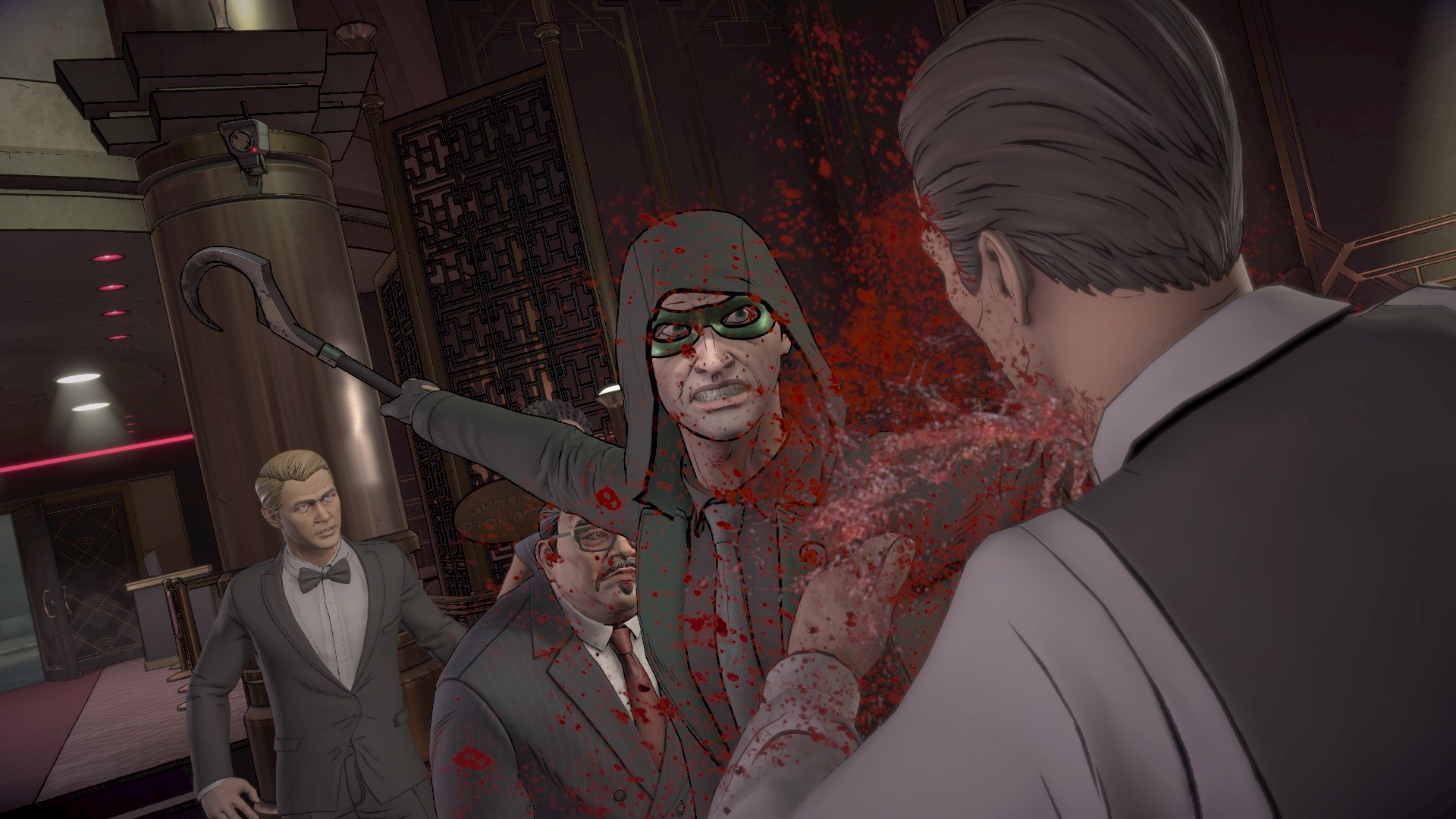 Perhaps the most important thing to know about the start of season 2 is that you will need your tissues handy, events and impacts of events mean there are some scenes that are quite emotional and may make some decisions just that much harder to select. This is arguably one of the great strengths of Telltale games… they know how to build a story… how to draw the player/viewer into the game world and how to become emotionally invested in the characters. It should also be noted that this episode is far more violent than past episodes… even within just the main opening events things get quite gruesome. 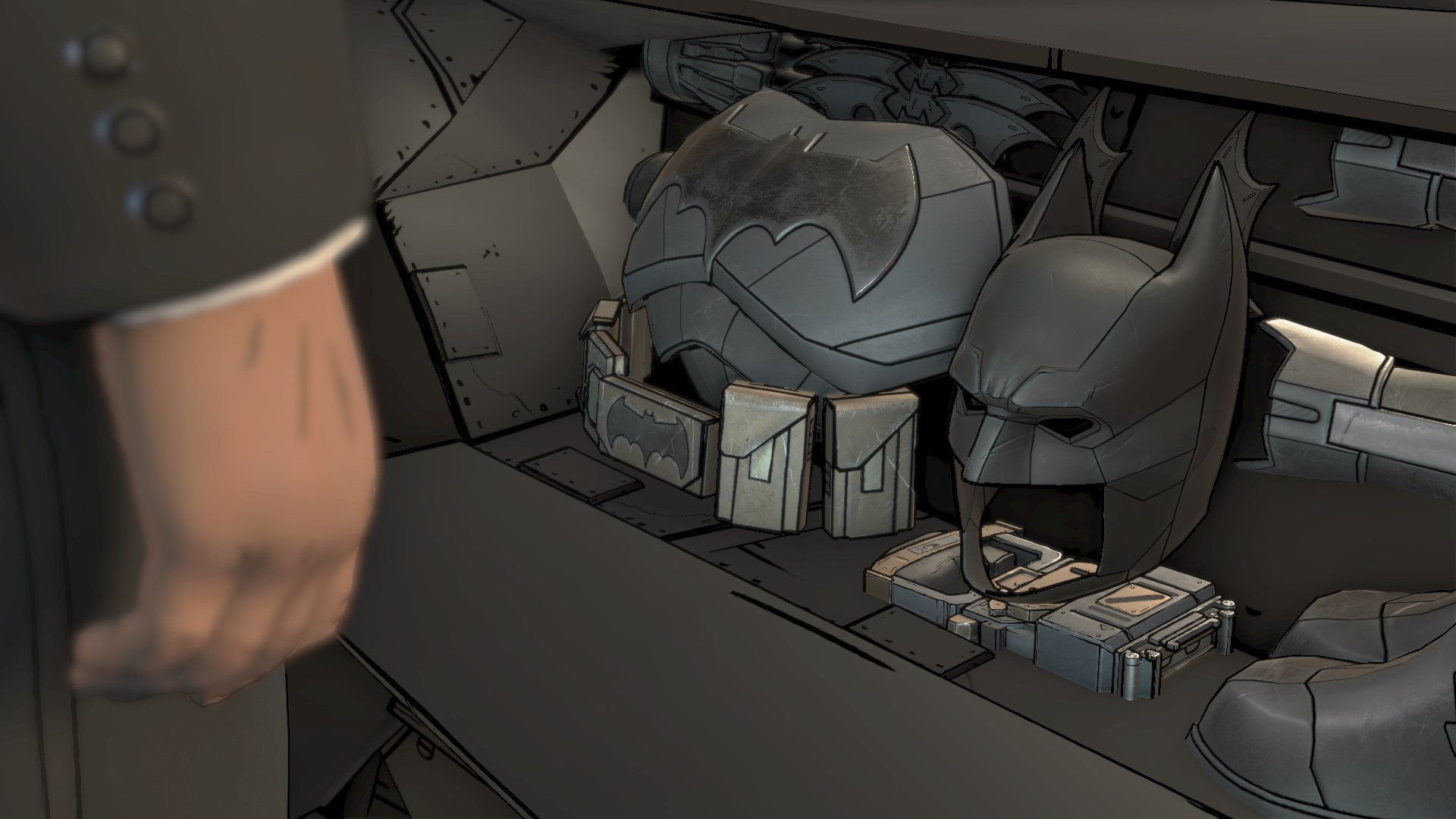 In terms of the game play, it’s the same as the previous season but if I’m not mistaken they have given a bit more time to mash your movement buttons… either that or I’m just more used to it now and that familiarity makes it seem like I have more time to react (I’ll just claim I’m channeling my inner Batman and can anticipate better ;) ). The same mix of action sequences and conversational choices present the player their opportunity to place their stamp on the Gotham of the Dark Knight. I was already expecting it but it was nice to have those opening options of continuing season ones choices and seeing how they play out in this story. The game itself is still quite short, roughly two hours of play time, so the value of the game will depend on a number of things. In terms of replayability, well there are some choices which once you’ve made you can’t help but wonder “what if I chose another option” and there are enough of those to mean repeat play throughs could be quite dramatically different. The fact that you get to be Batman tends to make it worth the price of admission to me (though to be honest I’d still wait for a sale to get it… but I’m cheap). 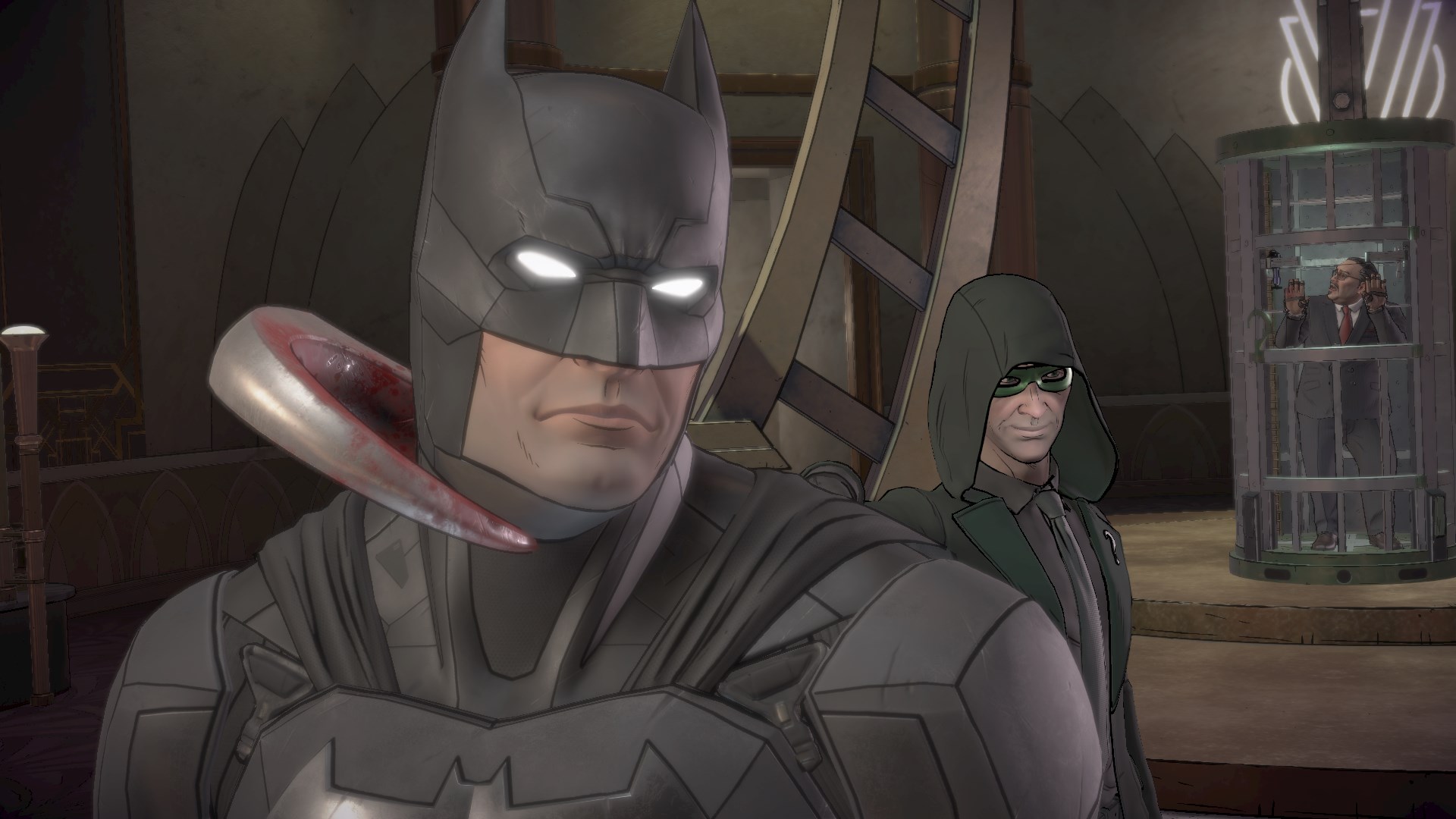 Outside of Batman Arkham VR (also quite short, but awesome), this is the most fun you can have as Gotham’s caped crusader at the moment. I eagerly await the next installment, same Bat series, same Bat harddrive ;)