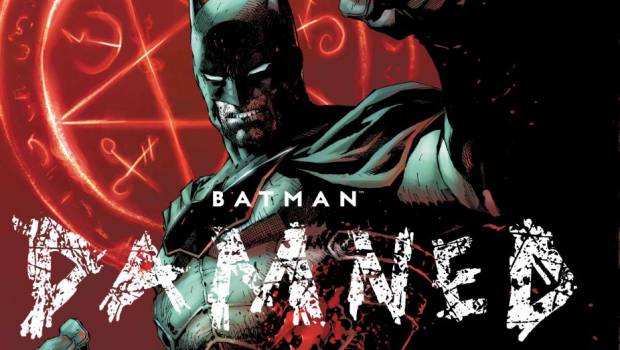 Summary: Batman Damned Book One is a brilliant start for DC's new Black Label series and is a must have comic for any Batman fan.

Welcome to the second of DC Comics BLACK LABEL series that takes familiar characters from our favourite comic universe and throws them into a darker story courtesy of some of the industries most acclaimed creators. As a result, we get a prestige mature label mini-series and if Batman Damned is any indication of where these BLACK LABELS are heading, then count me. Batman Damned is written by Brian Azzarello and is illustrated by Lee Bermejo and is a supernatural horror with the premise that the Joker is dead, however Batman cannot remember how or if he did it. It is here where magician John Constantine offers the Dark Knight assistance in this murder mystery.

The story starts with an injured Batman waking in the back of an ambulance and when one of the first responders attempts to find out the identity of our Dark Knight, it literally hits the fan. As a desperate and confused Batman flees from his captors, he launches himself off Gotham Gate Bridge as this supernatural thriller commences with the bat witnessing his dead parents as he comes across the narrator of this tale, John Constantine. Another vision occurs where Bruce is a child as a strange girl not of this world informs him that she is desire and fear of desire and that she is a secret. Back in the world of the ‘living’, Batman returns to John Constantine who is watching TV where a news broadcast reports that the Joker is dead and that Bruce Wayne is unaware of another presence the room, the spirit Boston Brand (aka the Deadman).

While Batman searches for answers undercover so is Commissioner James Gordon who is just as distressed. In Batman’s search, he comes across a man and woman possessed by Deadman who warns him that there’s a conspiracy against him by dark forces as our hero is lead to another, Zatanna the Magician who in this incarnation is a street magician. The comic ends with John telling Batman a joke in a church as he poses the question to the Dark Knight if he believes in the after-life as we see a statue of a crucified Jesus made to look like the Joker.

Wow! What an issue! Azzarello creates a gripping rendition of the Batman who is experiencing his own personal hell with a large taint of the supernatural. So while characters are familiar, Batman is a little off because he is experiencing something that he has not experienced before which is his greatest weakness. So while the mystery is never answered, Azzarello is building up for something big and when matched with the amazing art of Bermejo, this comic is like a piece of art. Bermejo also channels a touch of Gothic Art which makes the story even more compelling and his characters are flawless representations of their tamer DCU counterparts. 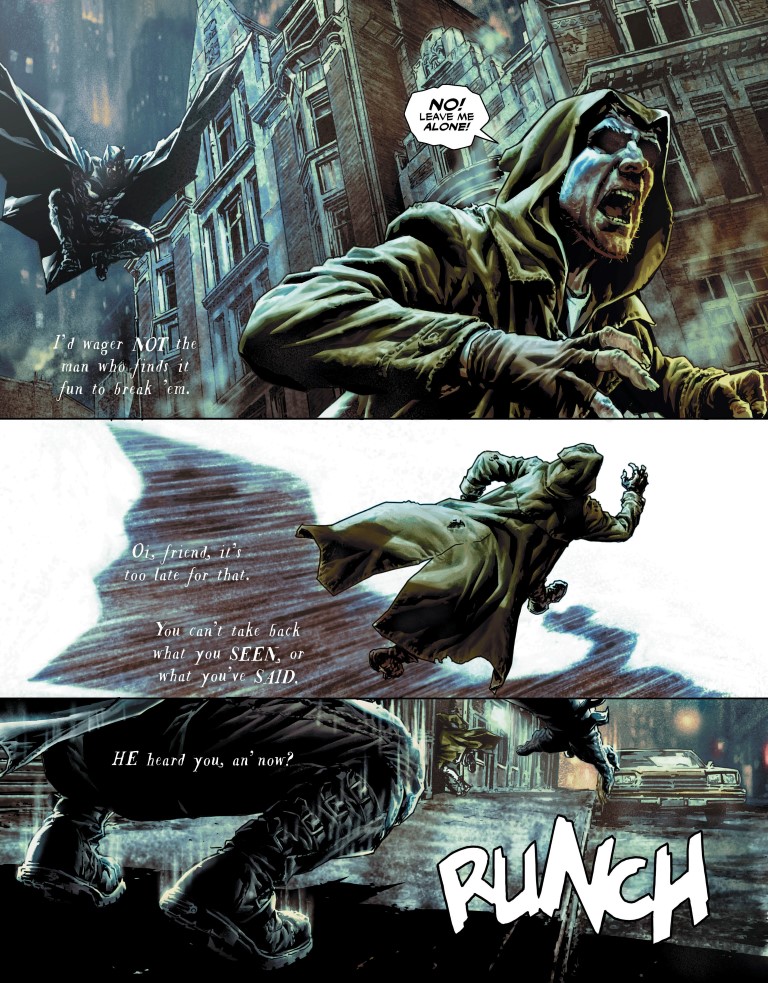 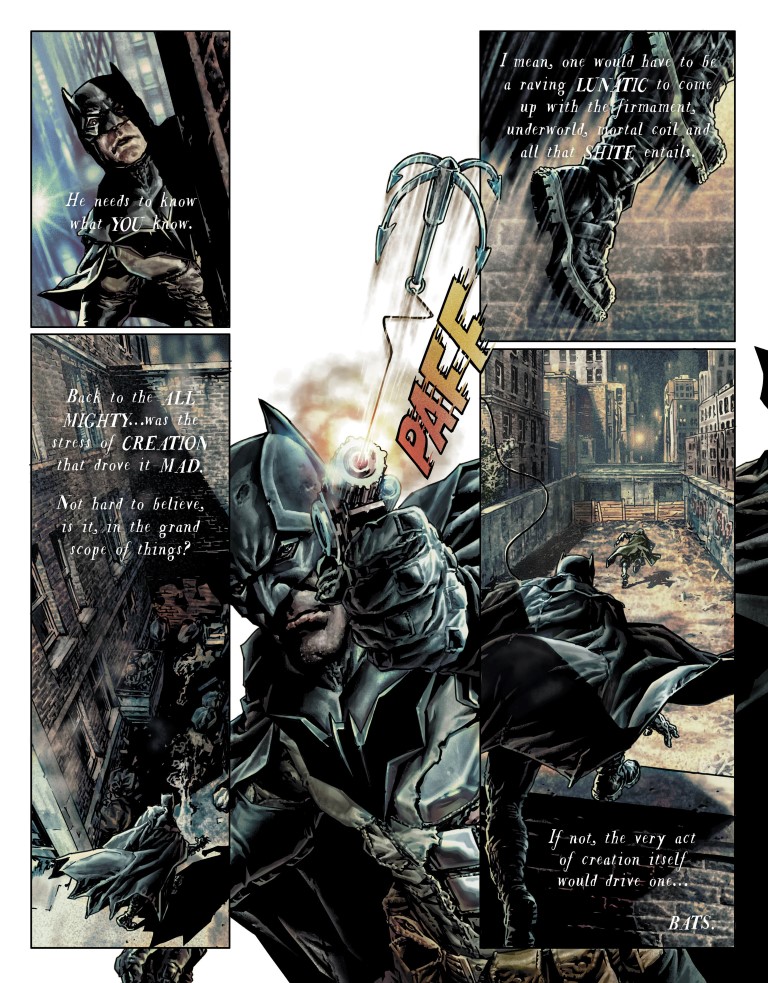 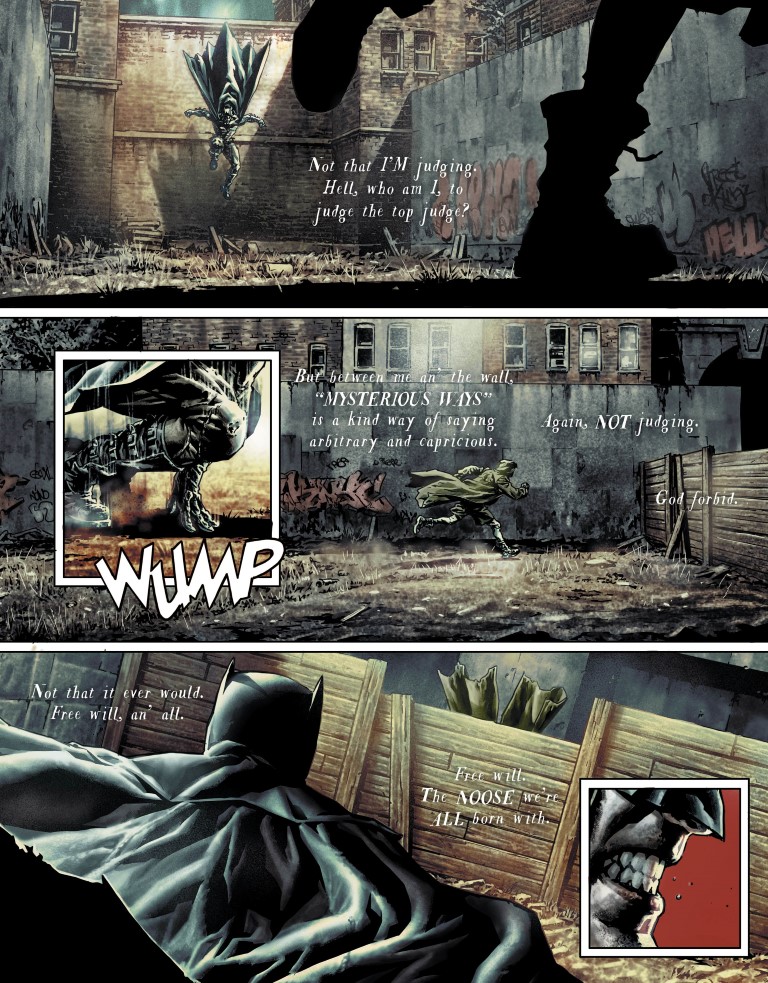 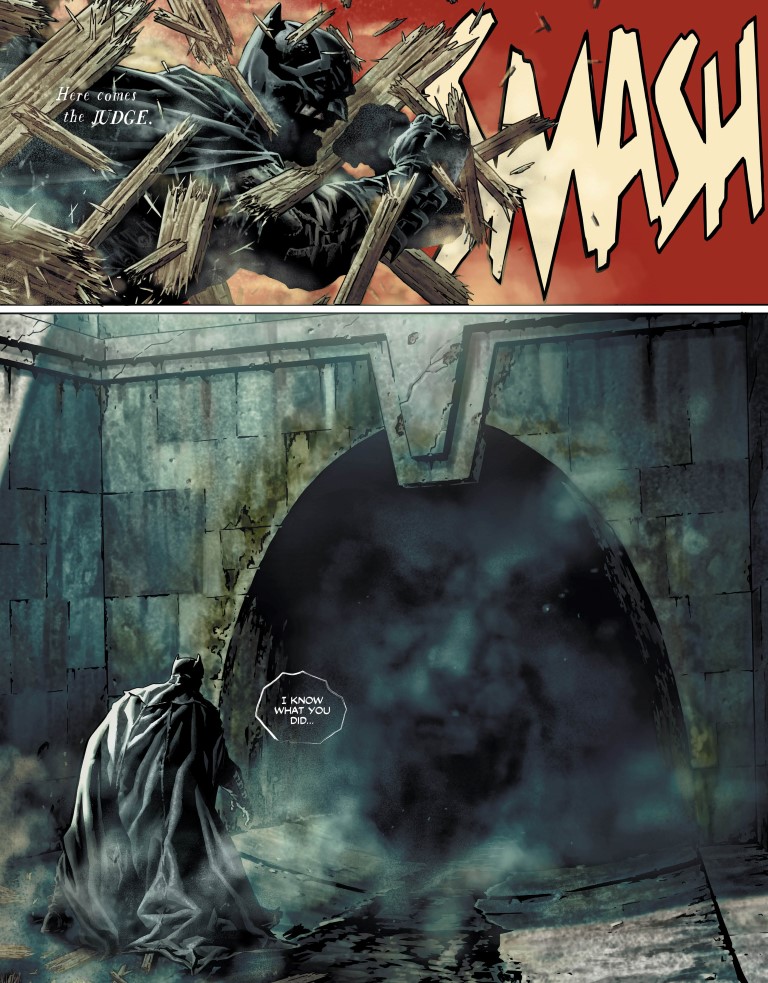 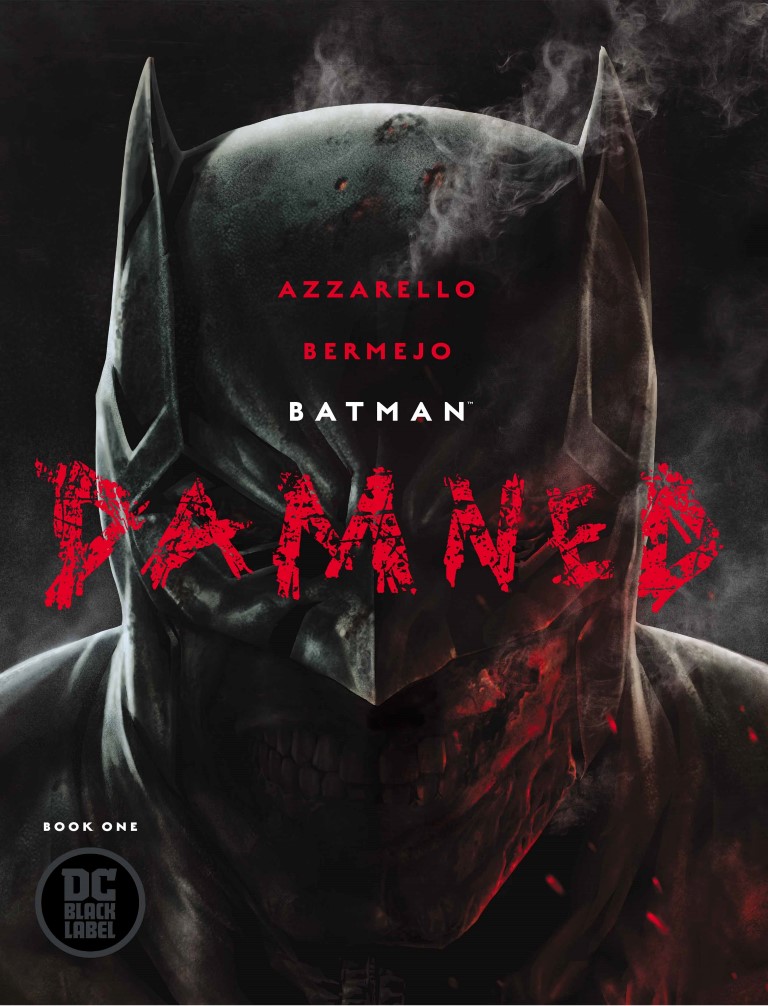 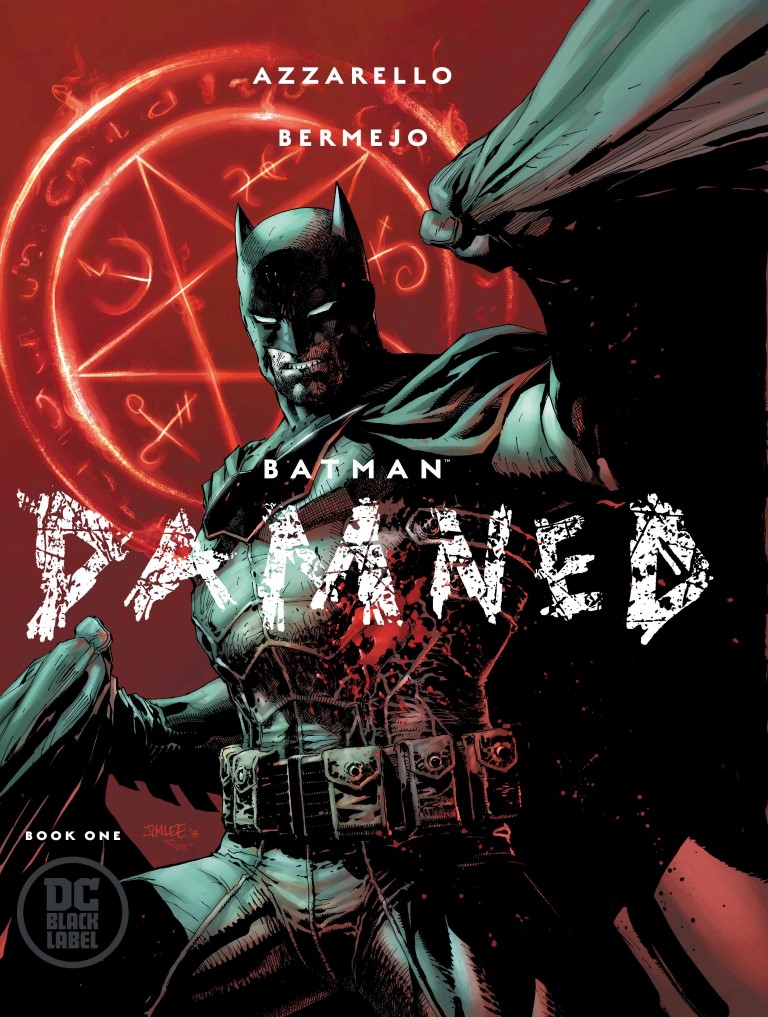