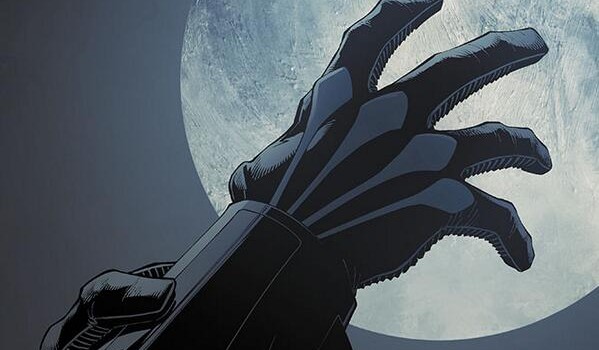 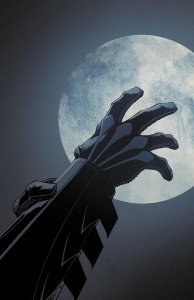 Here it is, Batman Vol .4: Zero Year-Secret City. Another origin story about Batman, it’s not like we haven’t had enough of those now have we? Following DC Comic’s New 52, the controversial decision to cancel at the time on going franchises and reboot them from scratch from issue 1. New writers put their own spin on long established characters which is a very risky move by DC. It’s not like us comic book fans aren’t the most obsessive and pedantic when it comes to small details now aren’t we?

This is where writer Scott Snyder and artist Greg Capullo come in. Deciding it is time to tell the origin story just like Frank Miller did with the ground breaking, gritty, bleak and noir inflected Batman: Year One. However Snyder and Capullo are not interested in just rehashing the same story as Miller nor are they interested in mimicking his unique style. The truth is that nobody can out-Miller Frank Miller, though I do concede that given his recent work that is actually a good thing. Believe me you don’t want to go anywhere near his All Star Batman & Robin, abandon all hope ye who enter. That little bit of side tracking aside I am pleased to announce that Zero Year is a resounding success in which Snyder wear his influences on his sleeves whilst being able to tell his own story and avoid merely repeating things that have gone on before and brings the Batman of the comics into the 21st Century.

The bare basic of Batman’s backstory remains the same, like most superheroes his parents are murdered in front of him, because God forbid we have any superheroes with a happy back story. The young Bruce Wayne is traumatized and decides to leave Gotham for a few years only to comeback to fight crime as everyone’s favourite brooding hero Batman. However, Snyder makes the risky decision to delay the famous “I shall become a bat” moment, this risk helps to focus on the relationships between the characters building tension between them and even shows a different and antagonistic take of Bruce Wayne’s relationship with Commissioner Gordon. It’s testament to the writer’s gutsy nature that he makes another brave decision that could of made fan boys see red but instead it is a new way of looking at a relationship that has always been played safe and friendly by every other Batman writer and instead Snyder decides to build this relationship from scratch. The dialogue is natural and doesn’t try to mimic the hard boiled dialogue of Miller and goes for a more naturalistic approach which in conjunction with Capullo’s art which brings vibrancy to the story and none of the sequences look stagnant, even when they are just dialogue and seemingly little action there is always the feeling of building up for the future with the introduction of a few familiar faces. Though again the holding back of the action allows them to focus upon developing these characters and their narrative arc whilst preparing for the follow up, Dark City.

The action is initially sparse before eventually building up to a crescendo especially in the final arc of the story that ends on a perfect cliff hanger that establishes the origins of one villain, seemingly prepping them for an appearance at a later point when the story continues with the upcoming Dark City story line. Snyder and Capullo provide the thrills as they take us through a mixture of new and familiar places and characters in the Batman universe providing a fresh insight into these characters that we have grown to love. Whilst this may not be in the same league as Batman: Year One rest assured that this story is brilliant as a retelling of Batman’s origins for the New 52 era of comics.

Verdict: Snyder brings a great new take on the man underneath the cowl and prevents origin fatigue by telling his own version of the story whilst Capullo’s illustrations brings the darkness and vibrancy into the story. A must read.