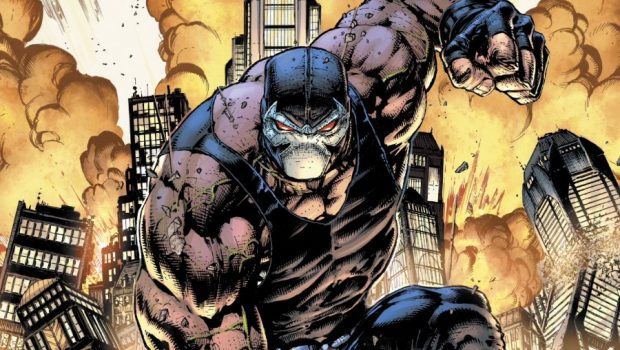 Summary: Bane and Bruce finally fight...and then everything goes to hell.

Background: 3 more issues and Tom kings run on Batman is done (sort of.)

Summary: This will be short. Bruce strips down to his pants. No cowl, no gloves, no armor, and no belt. Bane strips down to his pants. No venom, no mask, no help. The Bat family is still out cold on the floor of the Batcave the entire issue. I am Bane. He is Batman. It’s basically a tit for tat of the previous fight in issue 10 (or maybe 11). Bane is once again surprised when Selina interferes. Selina then outwardly narrates Bruce’s plan in front of Bane while fighting. Bruce has two batarangs that he uses to dose Bane with super-Venom. Thomas travels with Wesker to the scene. Bruce is about to break Bane’s back… and then he gets shot by his dad. Thomas then shoots Bane in the head (!… I think) and the issue ends with Cat out, Bruce shot, Bane dead and Thomas asking Wesker to get the Psycho-Pirate.

Final call: I have defended Tom King through 82 issues of Batman. Regardless of the wedding (which I just knew wasn’t going to happen) and Dick losing his memory (not his decision) I stuck by him. I stuck by him after Alfred died, and I even defended his ridiculous reason Bruce hit Tim that we got last issue. But this finally broke the straw clean in half. This was a fight that built up for almost 4 years. Ever since the first issue where we saw Bane standing in the shadows of the rooftop watching Bruce save that plane full of people, this fight has been about the two of them. Bane deserved his comeuppance. We were denied that and that is infuriating. Bruce should have been the one that takes Bane out… not Thomas. While I get that daddy is the ultimate villain here, he didn’t even show up until issue 50 (I’M NOT COUNTING THE BUTTON. TOM KING DIDN’T WRITE THOSE ISSUES). Bane has always been the villain and now we are left feeling incomplete. Not cool Tom, not cool at all.