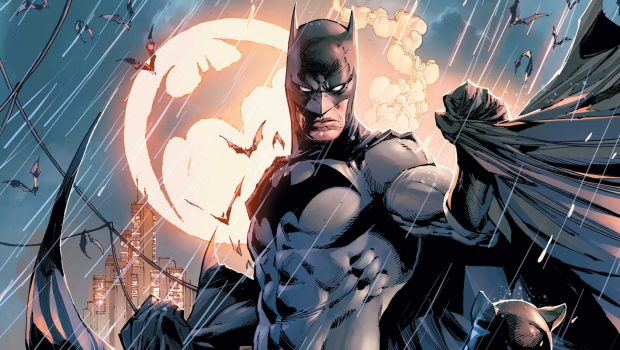 Summary: In Batman #78 and in previous issues, King is going for subtext, but it’s just too apparent and unfortunately things are drawn out.

Who cares about Gotham? While nobody actually says that in this issue, Tom King says it in his writing because this is solely a Bruce and Selina issue. What we see is a true rekindling of the romance. One that is very needed.

Bruce and Selina are going about their lives in various locations, staying under the radar. Bruce is in his matches identity and while I know that Matches has a mustache, I sincerely hoped that he actually grew one and was let down when it turns out it was fake. He looks absolutely ridiculous with it (to be fair, he actually looks like Thomas Wayne … OUR Thomas Wayne) 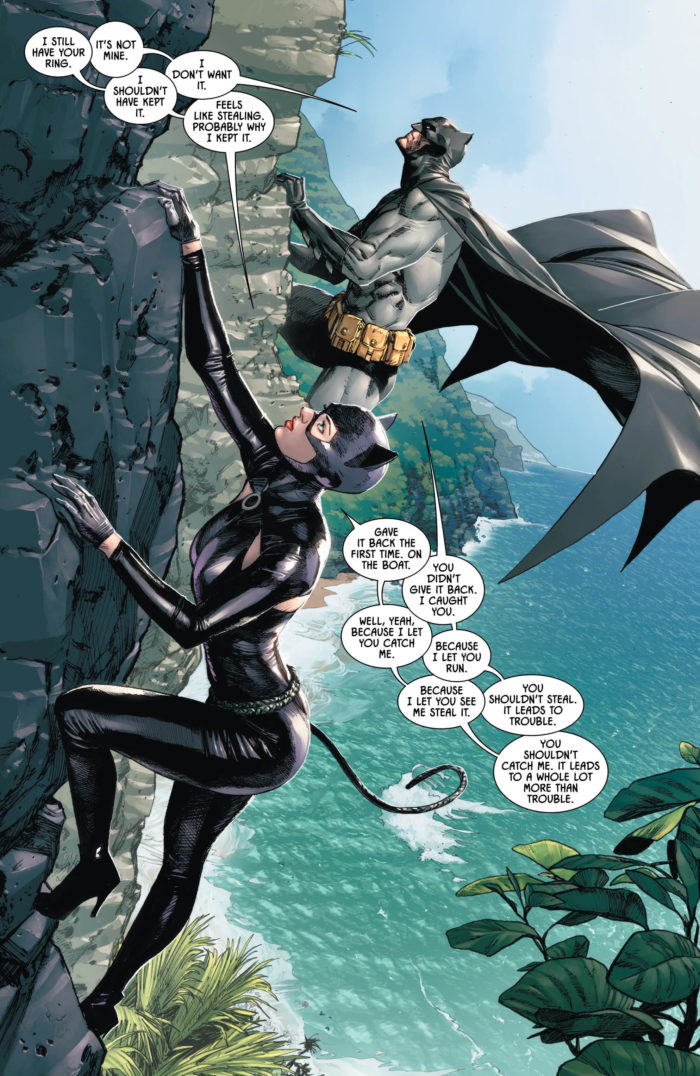 The whole issue is a very talkative one, where Bruce and Selina say a lot of “Bat” and “Cat”. There is a great scene where Selina is trying to get Bruce back into literal batarang throwing shape and tell shim to stop taking easy on her, that she can handle it so he should throw the batarang like he means it. It’s obvious she’s telling him that she is strong… and I guess that’s the biggest problem.

Everything is too on the nose. King is going for subtext, but it’s just too apparent. The only really worthwhile bit of info we got is that Bruce never blamed Selina for leaving, which took her by surprise as well as me. Now that they are finally back together, let’s take down Bane. Please. 7 issues to go. 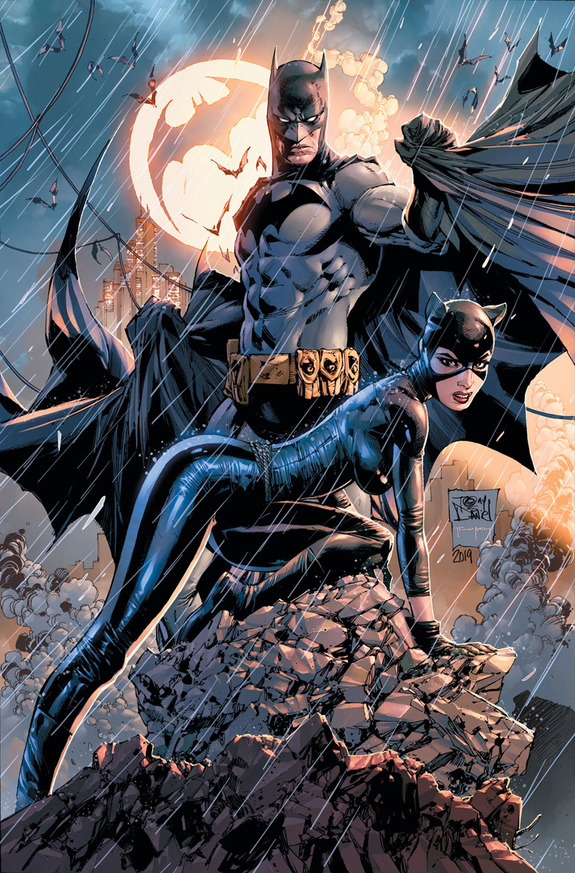