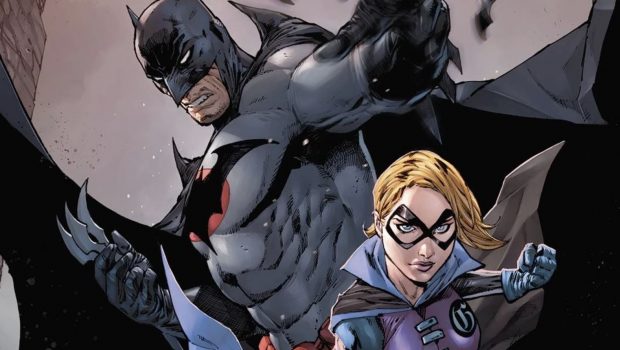 Summary: Holy crap! Did Tom King actually just do that? He couldn’t have just done THAT!

Holy crap! Did Tom King actually just do that? He couldn’t have just done THAT! That was Clayface… or fear gas… or I… after 83 issues, Tom King is still surprising us.

Remember how I said SPOILERS? Well, Bane kills Alfred. Yep. As far as we know, Alfred Pennyworth is dead. Like dead dead. No, “there is no body” or, it happened off panel and “then there is a body”. Nope Bane breaks Alfred’s neck in front of us (and Damian). 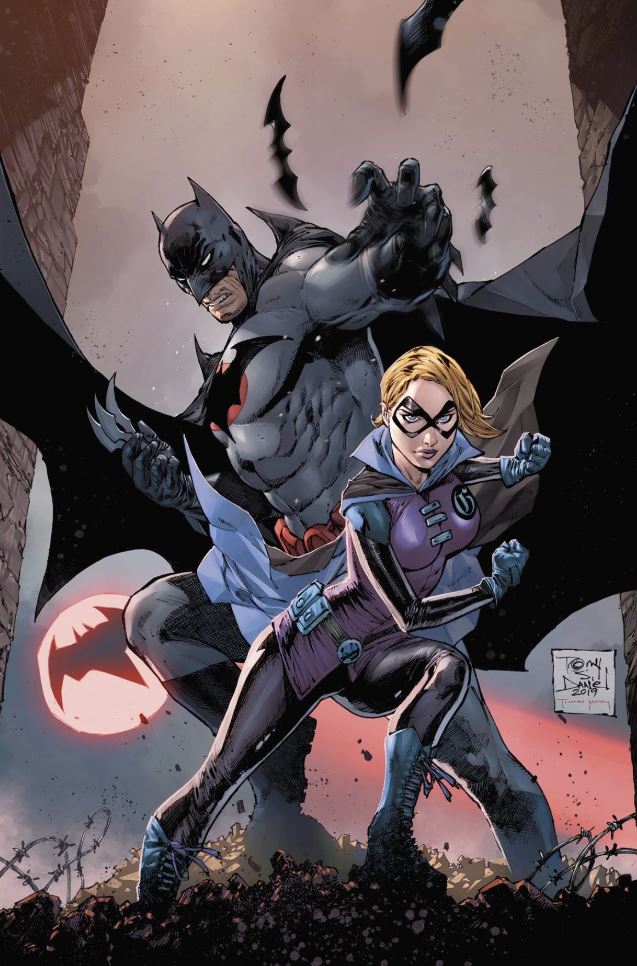 Damian Wayne had finally ahd enough. He disregards Banes rule about no Bat-Family and breaks in to try and free Alfred. Shockingly (kind of), he manages to corral Gotham Girl with Klarion The Witchboys borrowed wand. It’s an interesting sequence simply because it shows Gotham Girl having one weakness besides the life-limit of her powers and that is magic. I still don’t think that’s how she is ultimately defeated but it is a strong possibility. 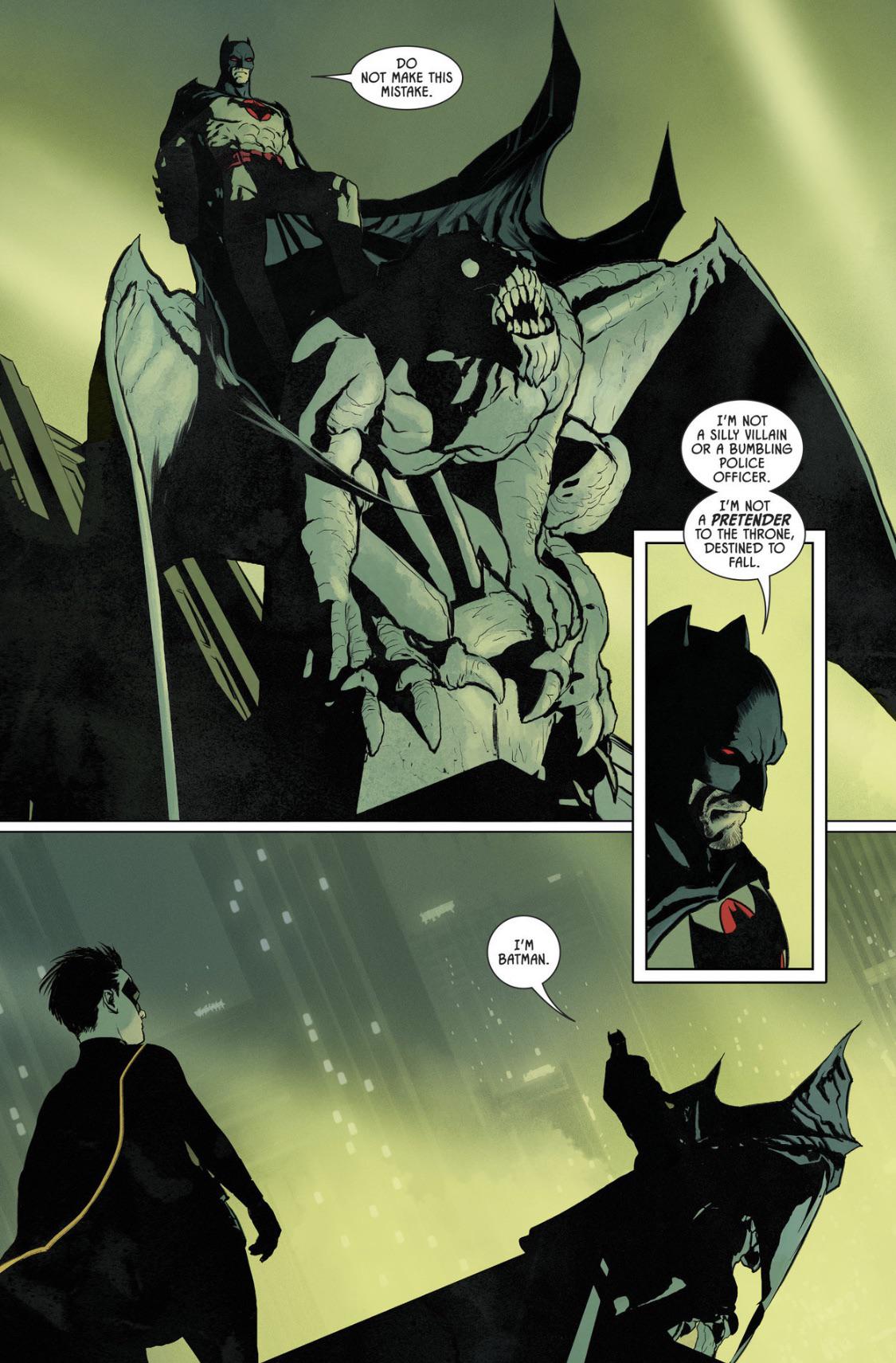 Damian then meets with Thomas Wayne, who has been parading around as the new Batman. At first you might think that Thomas has some sort of psychological edge against Damian considering he’s technically his grandson, but Damian has read Bruce’s files and knows that this Thomas Wayne is, in his words, “The one who let his wife become the Joker. Who couldn’t save her. As she fell and fell and fell. You’re the one who let his whole universe collapse. Because of a button.” It’s nice to finally see someone truly call out Thomas Wayne for being a deluded idiot. Eventually though, Damien loses the fight and is taken to Bane and Alfred is killed. Damian has now replaced Alfred as Bane’s hostage. 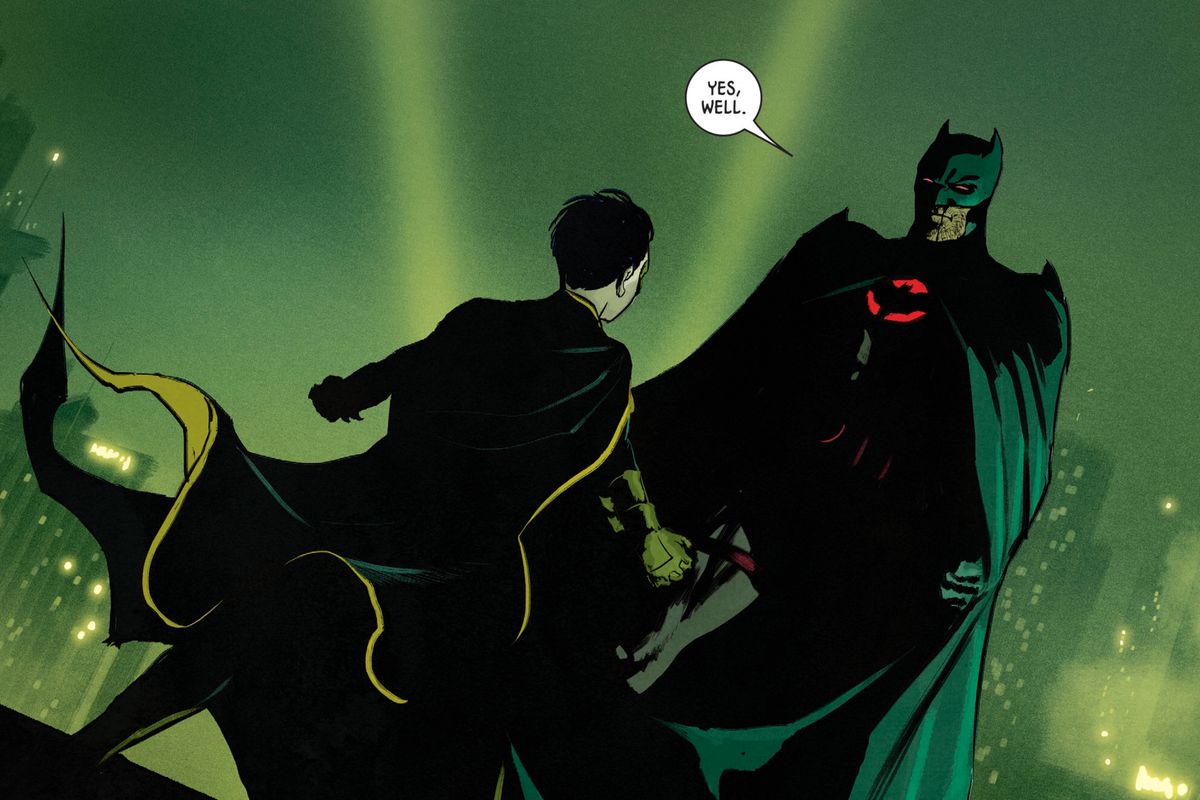 On the Bat and Cat front, Bruce finally wakes up and admits that he lost. He and Selina wander through Paris as Bruce’s declares that he will go back to Gotham and have a good death, like his parents. Selina refuses to hear that and tells Bruce that if he wants their city back, she can show him how to do it. I like these scenes. It almost is like a married couple who has been through a bunch of stuff and now their child is in danger. It’s time for the parents to rally and come back to the fight.

8 issues (kind of) left to go in Tom King’s run and we are ramping up. These two week breaks are killing me like never before.