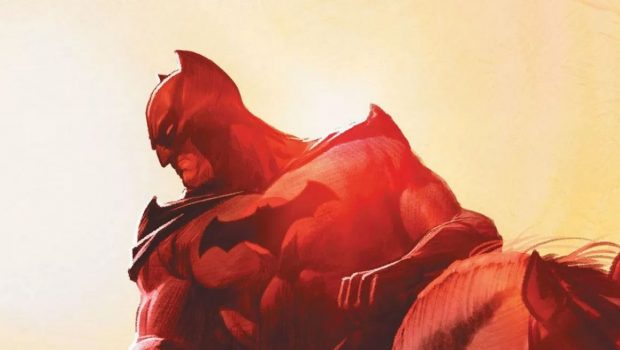 Summary: Batman #73... An almost non–existent comic issue is not … well … the issue

So, let’s get the issue out of the way first.

Flashpoint Batman walks in the desert with Bruce and a coffin fighting ninjas and singing while he does it. Bruce and Thomas talk. Oh and Thomas plans on resurrecting Martha in a Lazarus pit. 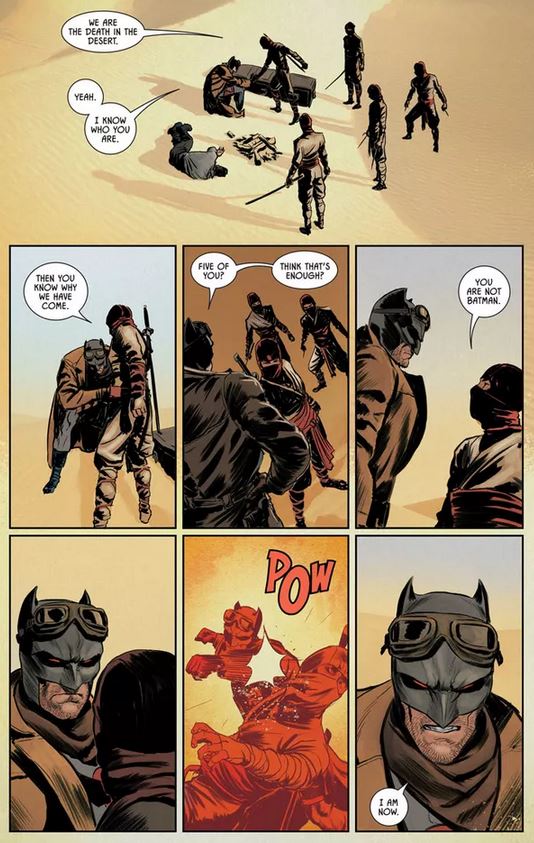 The almost non–existent comic issue is not … well … the issue. The major issue is DC’s treatment of Tom King. When Tom King started his run on Batman, he made it clear that his run would go for 100 issues. Not 85. Not 85 and a 12 issue maxi. Not counting 4 issues that dealt with crossover Flash and The Button storylines, that will still leave King’s storyline 4 issues short of its intended run. That’s a damn shame.

When the new 52 started, J. H. Williams III wrote a 2 year storyline on Batwoman. It was just one continuous story. It built and built, the tension between Kate and the DEO rising until Batman and Kate clashed, with Kate being blackmailed by Deo director Bones. Then… nothing happened. DC pretty much made it impossible for him to stay and he left with ONE ISSUE left in his run. A cliffhanger was later finished by another writer and while I’ve never blamed the writer, it just wasn’t very good. Since the start of The New 52, this company has thrown writers around like toys.

Gail Simone was fired for 2 weeks from Batgirl 6 years ago and while she returned, she ultimately left a few storylines later. I could give countless other examples of DC’s shoddy mis-treatment of talent, artists shuffling off titles every couple of issues, creating a total dis-continuity between issues. What they neglected to consider in all of this is the readers feelings. We have spent 69 issues completely invested in King’s storyline. Whether you like it or not is irrelevant. The fact that DC doesn’t seem to give a damn about us readers is more pressing. We the readers need to make it known through any means necessary our displeasure with begin yanked around like a dog toy.

Batman 73 is a quick trot through the desert, combined with singing, a coffin, and what could be Thomas Wayne’s endgame. If only the issue was as compelling as the real world troubles of the book. 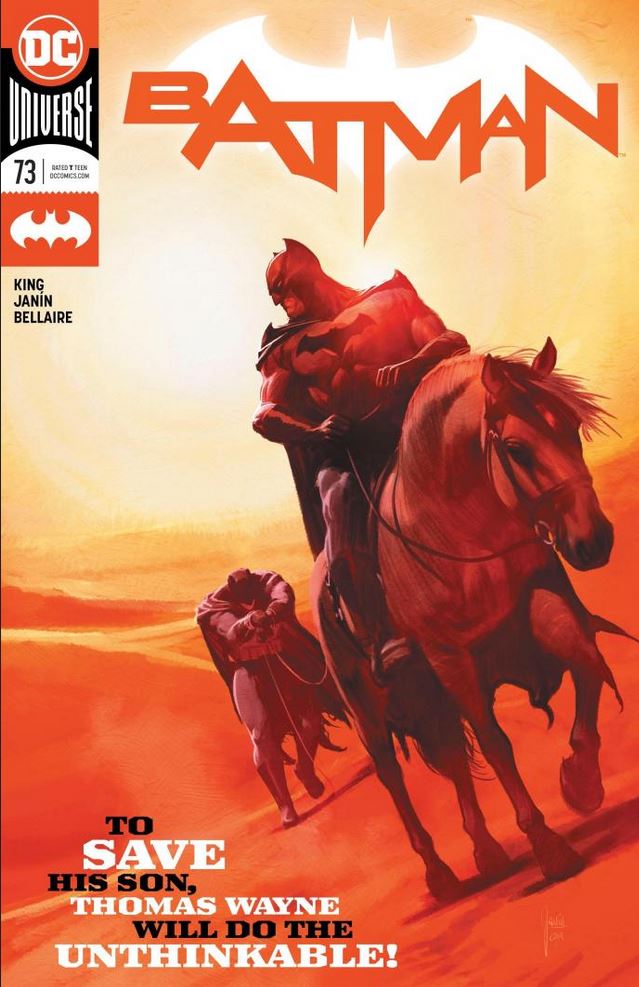