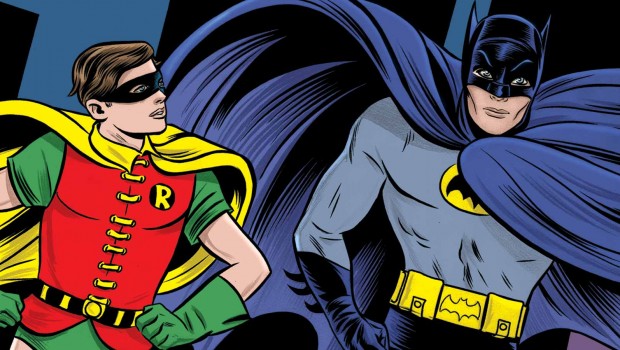 Summary: Kudos to Parker and crew for creating such a campy and enjoyable time with Batman '66!

Welcome back to the Swinging Sixties as writer Jeff Parker and six artists, takes the reader back to the 1966 Batman TV series that starred Adam West as millionaire playboy Bruce Wayne and his ward Dick Grayson (Burt Ward). Together they were the dynamic duo Batman and Robin, protectors of Gotham City who defended the citizens from a variety of dastardly villains from the Joker to Egghead and the beautiful Catwoman. However unlike the modern films and comics of today that are the polar opposites of this TV series, the Batman from the 60’s was filled with colourful rainbows of adventure as Batman and Robin always fought crime with a smile on their face with some great one-liners thrown into the mix. 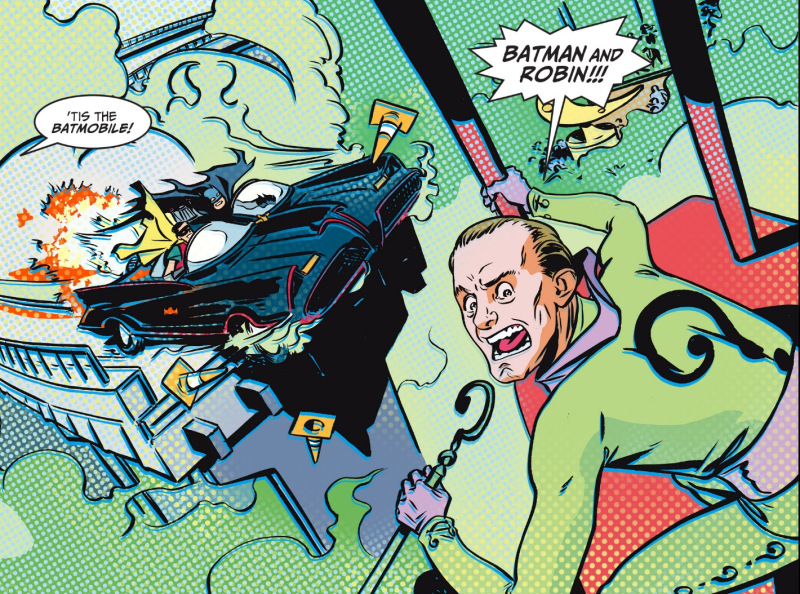 More importantly, Jeff Parker successfully captures this magic of the TV series, especially with the dialogue, characterisation and over the top fights with those classic words such as “BAM”, “BIFF” “POW” as the caped crusader and the boy wonder fought their equally over the top villains. Another great aspect about Parker’s writing is that he successfully links a few modern concepts to the 60’s incarnation of the character that actually works quite well. The highlight of volume 1 for me was that as soon as I started reading this graphic novel, the classic theme by pop duo Jan and Dean instantly came into my head and really made the journey even more entertaining. It was like being transported back to my childhood as I was drawn into the colourful world of Batman and Robin. 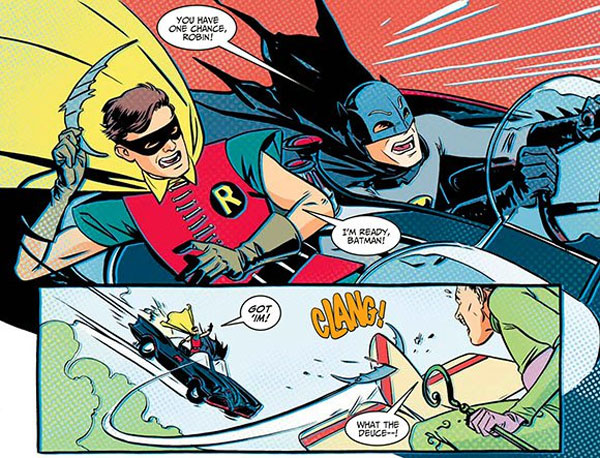 Another standout feature of this volume is the dialogue and characterisation that feels like it has been taken directly from the TV series. When you read the dialogue of Batman (Adam West), Dick Grayson (Burt Ward) or even Chief O’Hara (Stafford Repp), you can almost hear the actors voices as they played these characters, even more so with Cesar Romero as the Joker! Then you have the awesome art that accompanies the stories and includes Jonathan Case, Ty Templeton, Joe Quinones, Sandy Jarrell, Ruben Procopio and Colleen Coover who capture the spirit of the 60’s TV show perfectly. 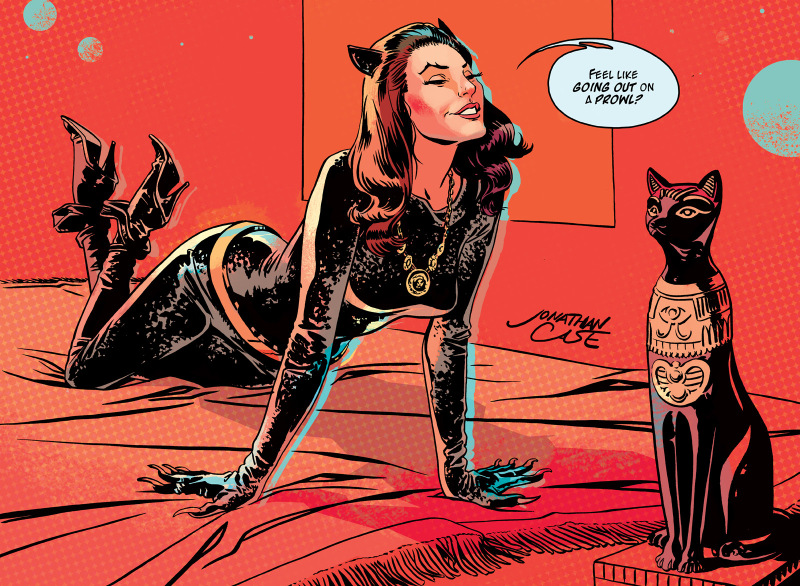 Of course, the stories included in this collection are just as outrageous and entertaining as the TV series with 9 stories featured in this collection that contains some classic Batman villains such as the Joker, Catwoman, Egghead and new villains to the 66′ mythology such as Red Hood and even Dr Harleen Quinzel (aka Harley Quinn). From the Riddler attacking a Gotham City charity event with a biplane to Batman travelling to England with both Robin and his loyal Butler Alfred to foil the plans of the Mad Hatter, these stories are pure perfection that thanks to Parker balances both humour, drama and action perfectly. I also like how Parker uses classic themes from the TV series such as Batman and Robin climbing buildings, the over the top death traps, the batcomputer and of course Robin’s great one-liners.

Batman ’66 Volume 1 is a must have graphic novel to fans of the original TV series or to those comic aficionados who want something a little different than the dark and grim Batman of today. Jeff Parker and the six extremely talented artists not only pay respect to the icons of this series but create new and fun stories that feel like they have been channelled from the original series. Apart from the 9 tales of high adventure, this hardcover collection also features a variant cover gallery that nicely finishes this must have collection. All in all, I’ve never had such a wonderful experience reading comics that had me laughing and smiling from ear to ear… just like Cesar Romero himself!

Kudos to Parker and crew for creating such a campy and enjoyable time! 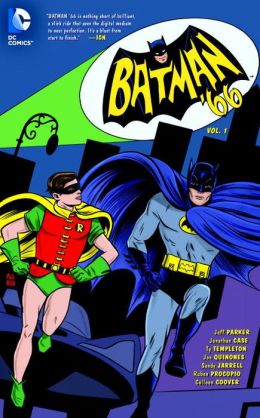