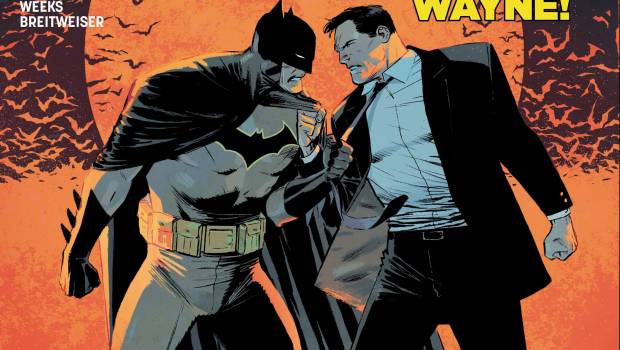 Summary: Jury Duty Bruce continues to fight for the rights of an innocent/not so innocent Freeze.

After my rather scathing review of Batman #51, a part of me cringed at the idea of doing the review to the follow up. I sat looking at the title of Batman #52 thinking to myself, “Do I really want to do this? Do I want to be that guy that just picks titles to roast them?” However? my curiosity and love for Batman took over and I decided to see if anything could be worse than #51. To my delight, this issue was better but at the same time it wasn’t great either. This issue tends to drone on and on and at one point I even felt myself losing interest in the pages. Though some of the parts were good, it just felt so lifeless. 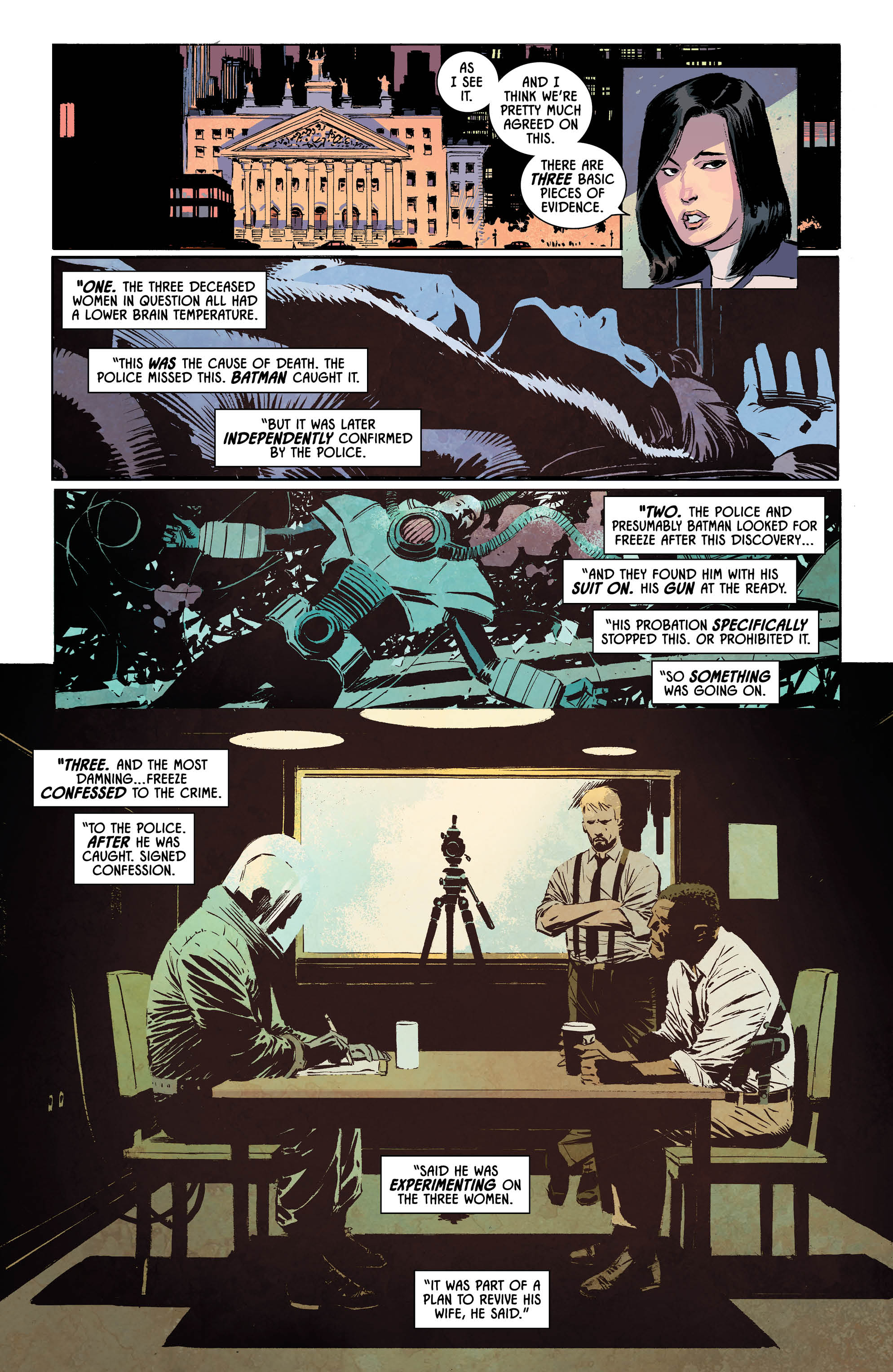 This story takes place mostly in the jury room as Bruce tries to convince the jury of Mr. Freeze’s innocence. I mean, that is it… there isn’t much more to tell. To break up the monotony of Bruce droning on, they add pictures in the background of events prior to this point. I mean, I really wish there was more to tell you, but yeah… that’s about it. It’s just a breakdown of Bruce trying to convince them of how he was wrong without coming out and saying “I’m the Batman and I screwed the pooch on this one!”  That’s it, that’s your story for issue #52. Now, I know some will argue that the story is more in depth about Bruce struggling with the loss of Selina but, honestly, it feels weak. I would have rather read about the events leading up to this story arc than this. 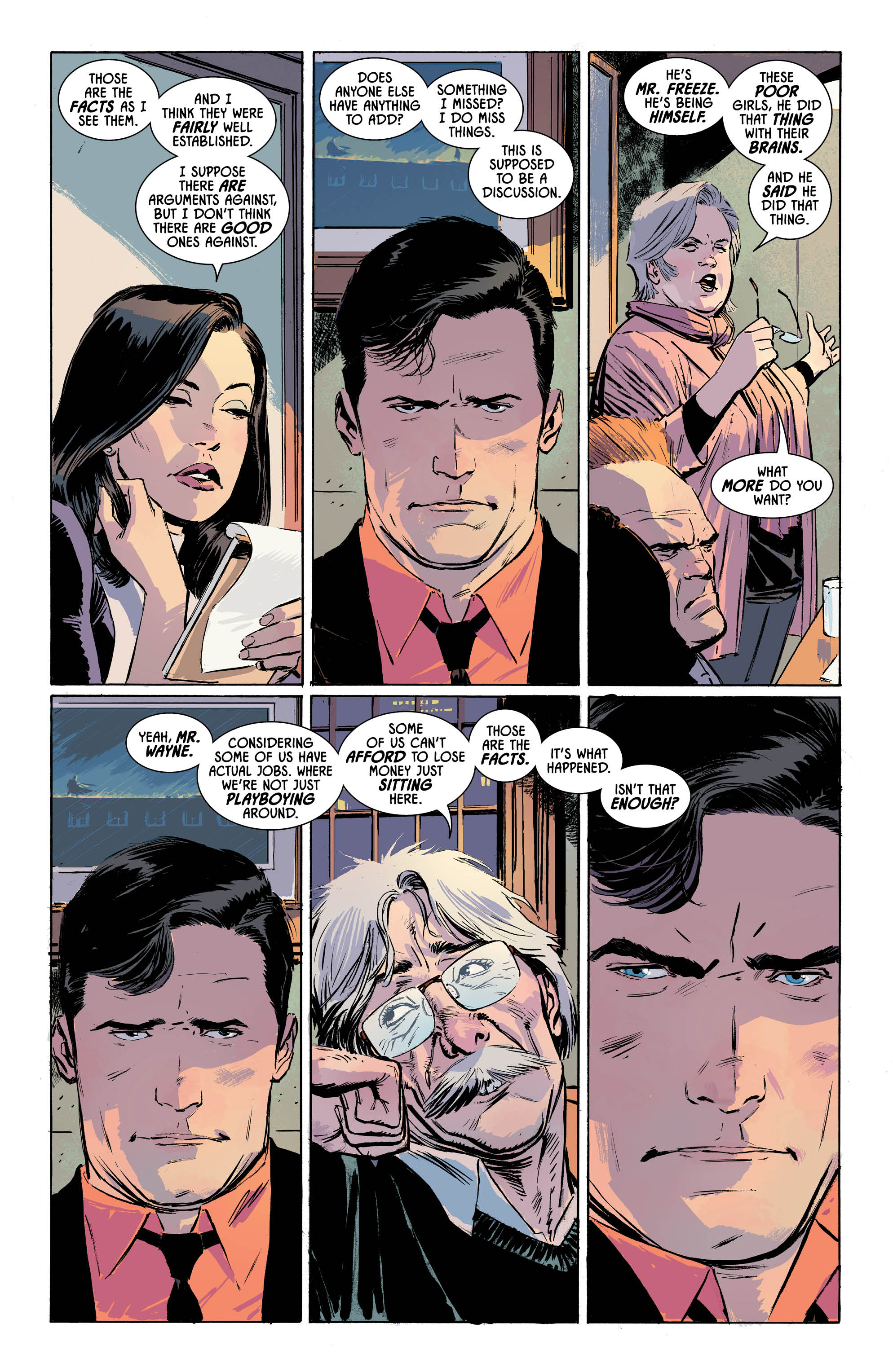 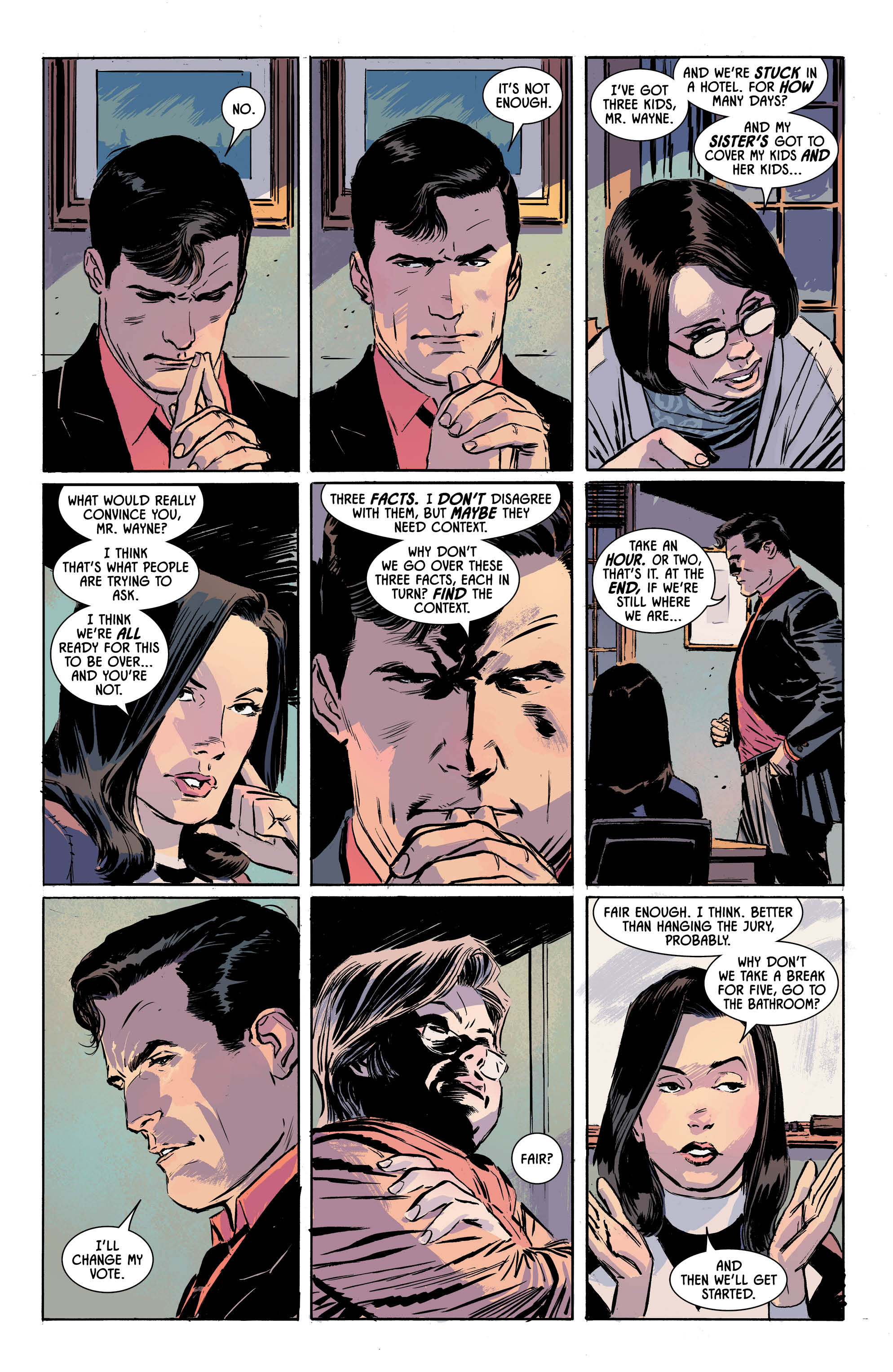 I won’t be mentioning the art from this issue because it’s the same as the last and if you read my last review then you know I’m not a fan of this art direction at all. Nothing against Lee Weeks but he just isn’t my cup of tea. I really don’t want to be too hard on this issue but unless you actually enjoy this slow paced Batman/Non-Batman story then this one really isn’t for you. I mean, the story in this one was better than the last issue but honestly that isn’t really saying much. So for me this issue gets 3 stars and I feel like I’m being generous with that rating. If you loved the last issue than you will love this one, if you are like me and miss Batman doing Batman things, then this is a pass. 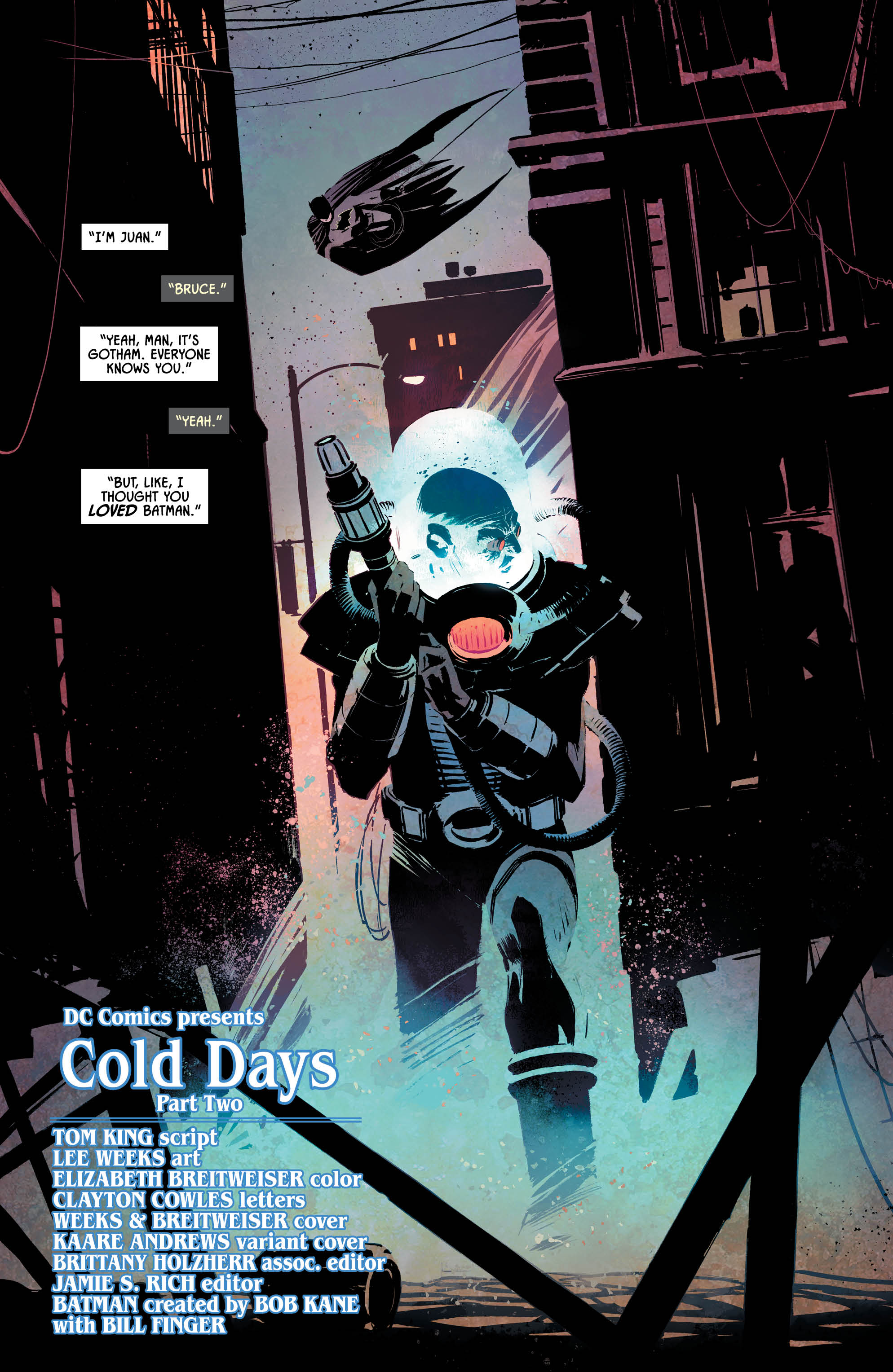 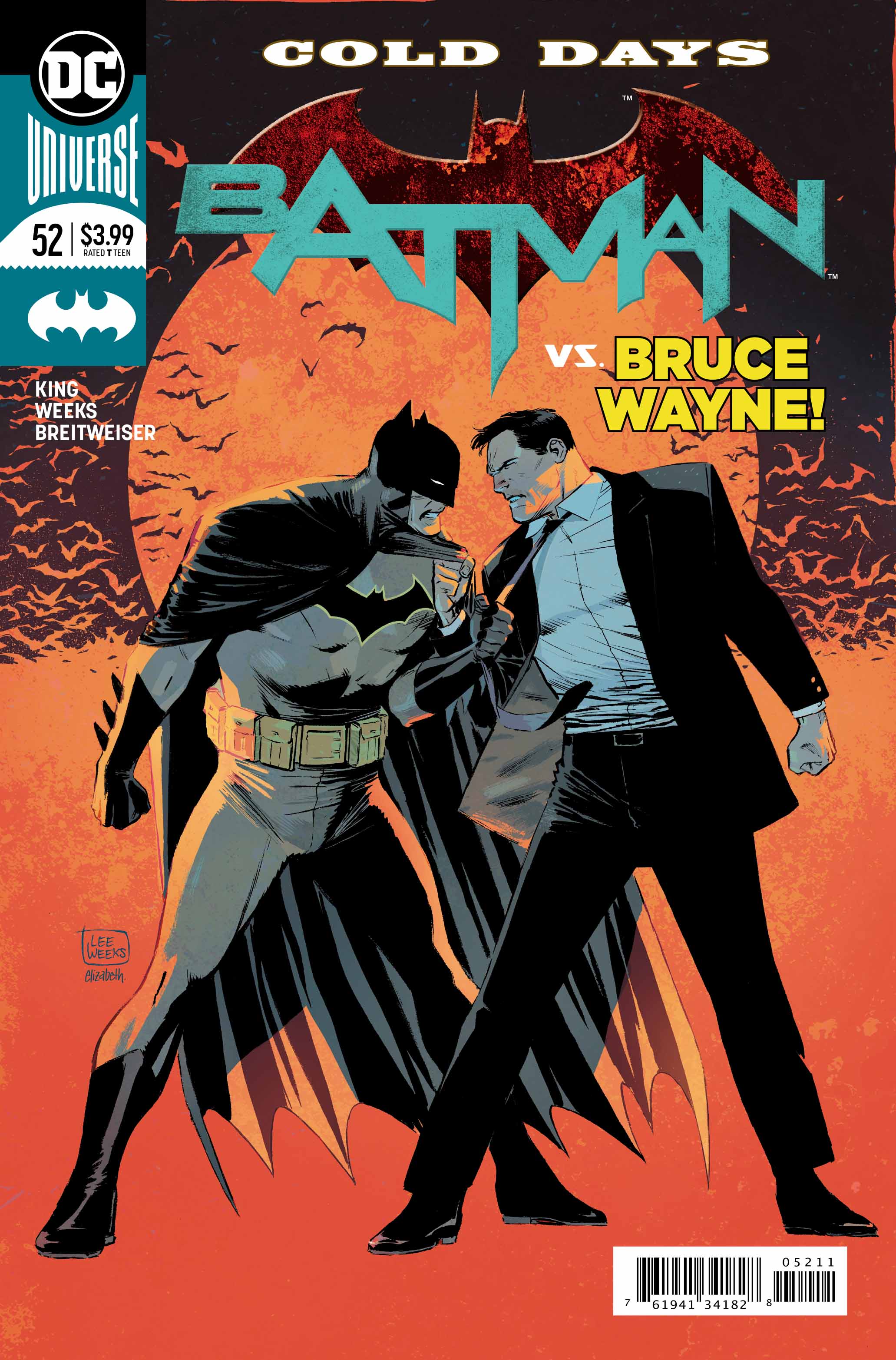 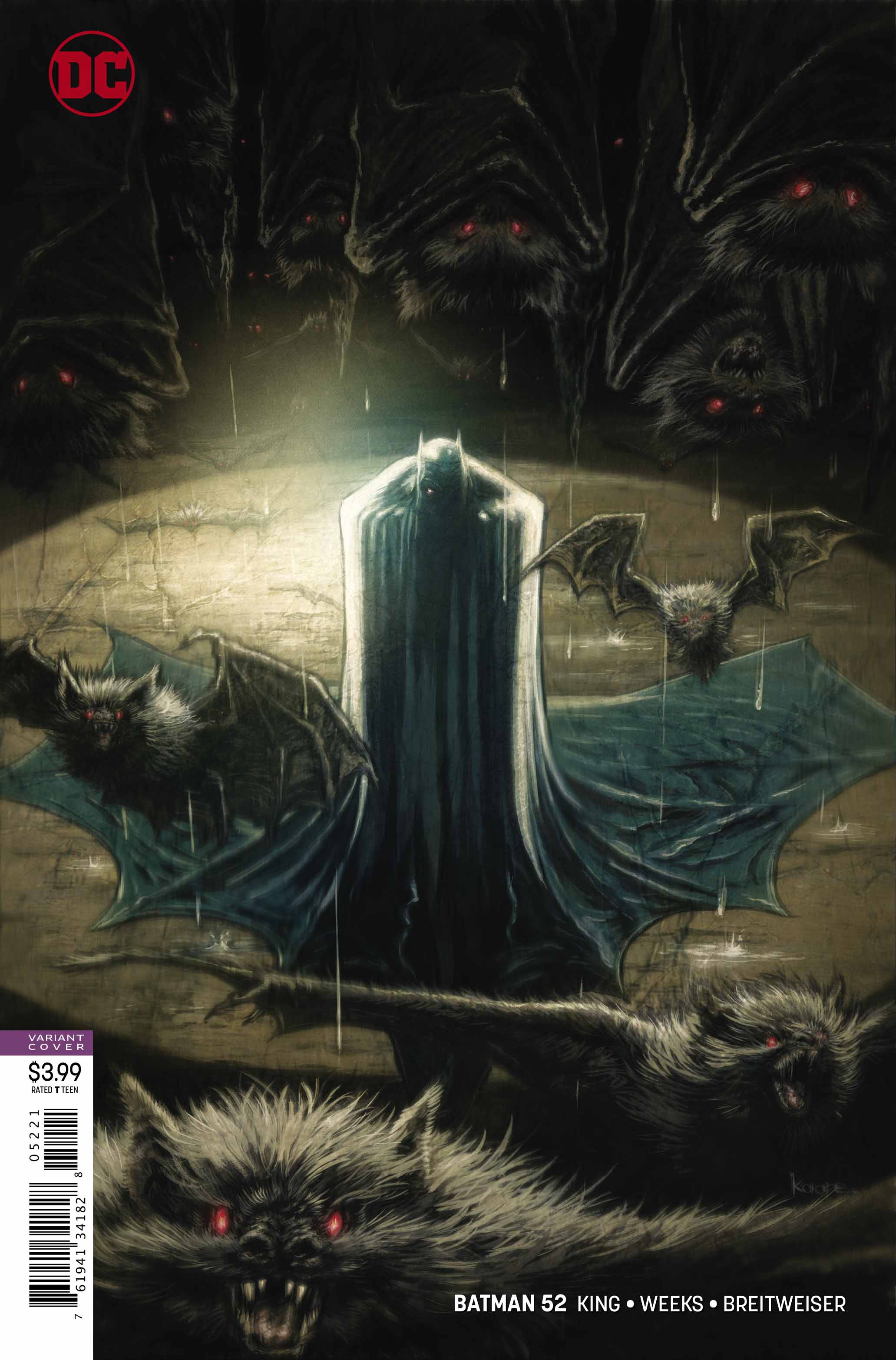