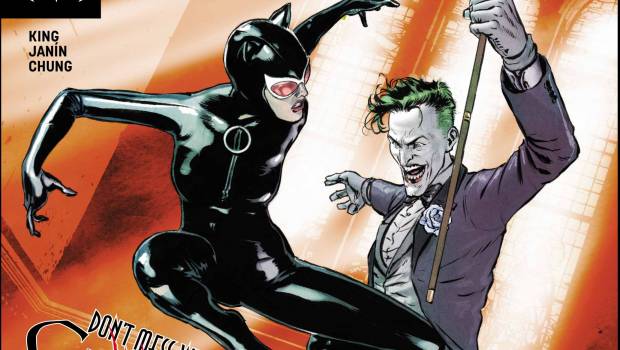 Summary: Catwoman comes in to save the day from the events from the previous issue.

This week DC Comics releases issue #49 of Batman, with things leading up to the big wedding in the DC Universe. In my opinion, it is probably one of the biggest weddings in comic book history. I’ve loved the idea of this ever since Bruce proposed to Selena on the rooftops of Gotham City. However, lately I feel like DC is just milking this wedding cow for all it is worth, thinking about all the little side issues with Batfamily members fighting whatever villain they need to fight leading up to this wedding. Honestly, I’m just ready for it to be over with so we can move forward with the story. 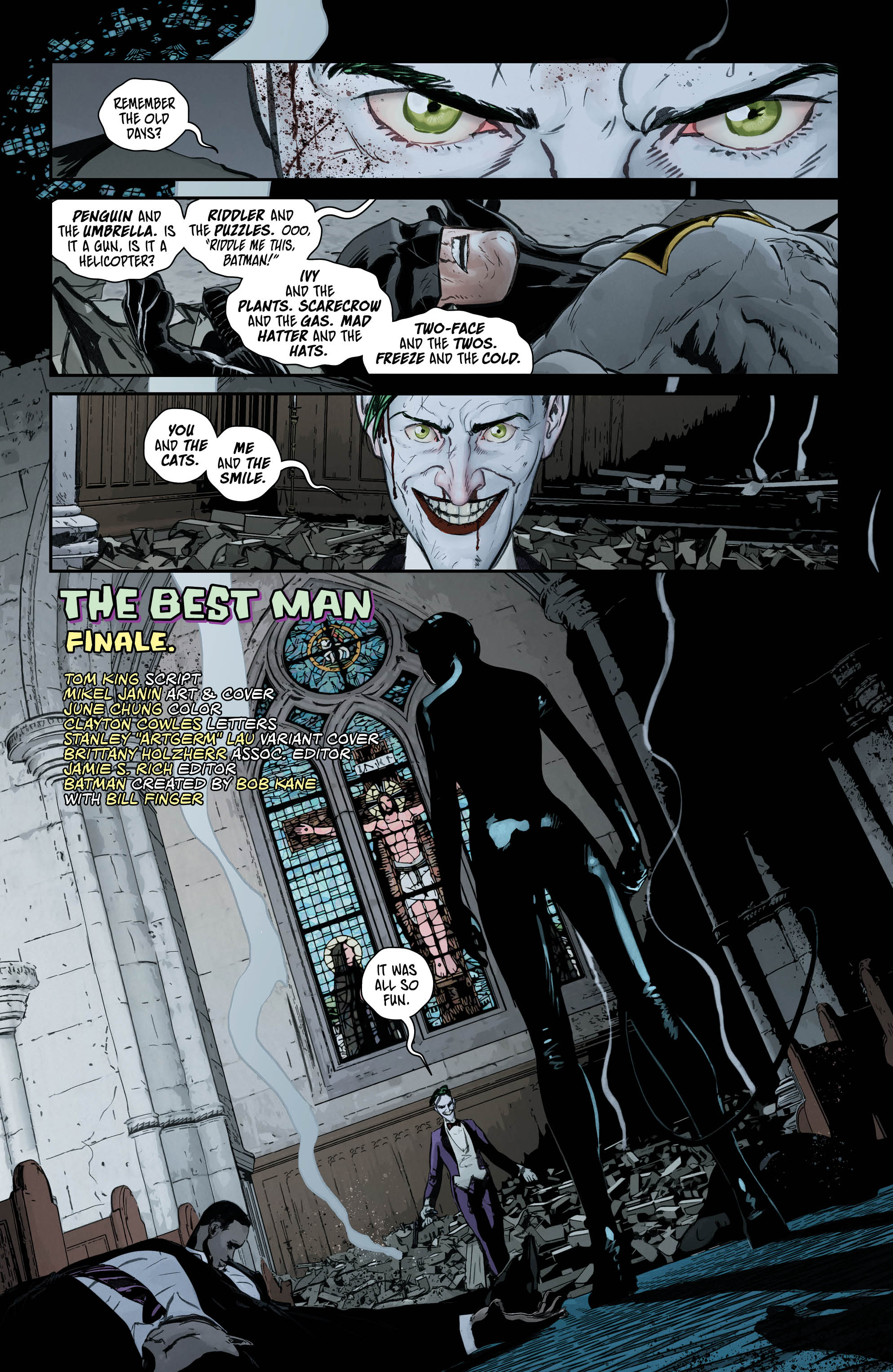 I did enjoy the last issue though it did have a few flaws, like Batman doing nothing while the Joker smokes the bride, then Batman actually kneeling next to Joker to pray. Batman just really didn’t do much other than stand aside and do nothing as the Joker went on rambling like mad. This issue played it a little different as it is mostly just Catwoman and Joker talking to one another as they bleed out from their injuries. I mean, they did run in the same circle for a while so it would be like two colleagues doing a little catching up. I didn’t mind that much but a few things really bothered me with this issue. 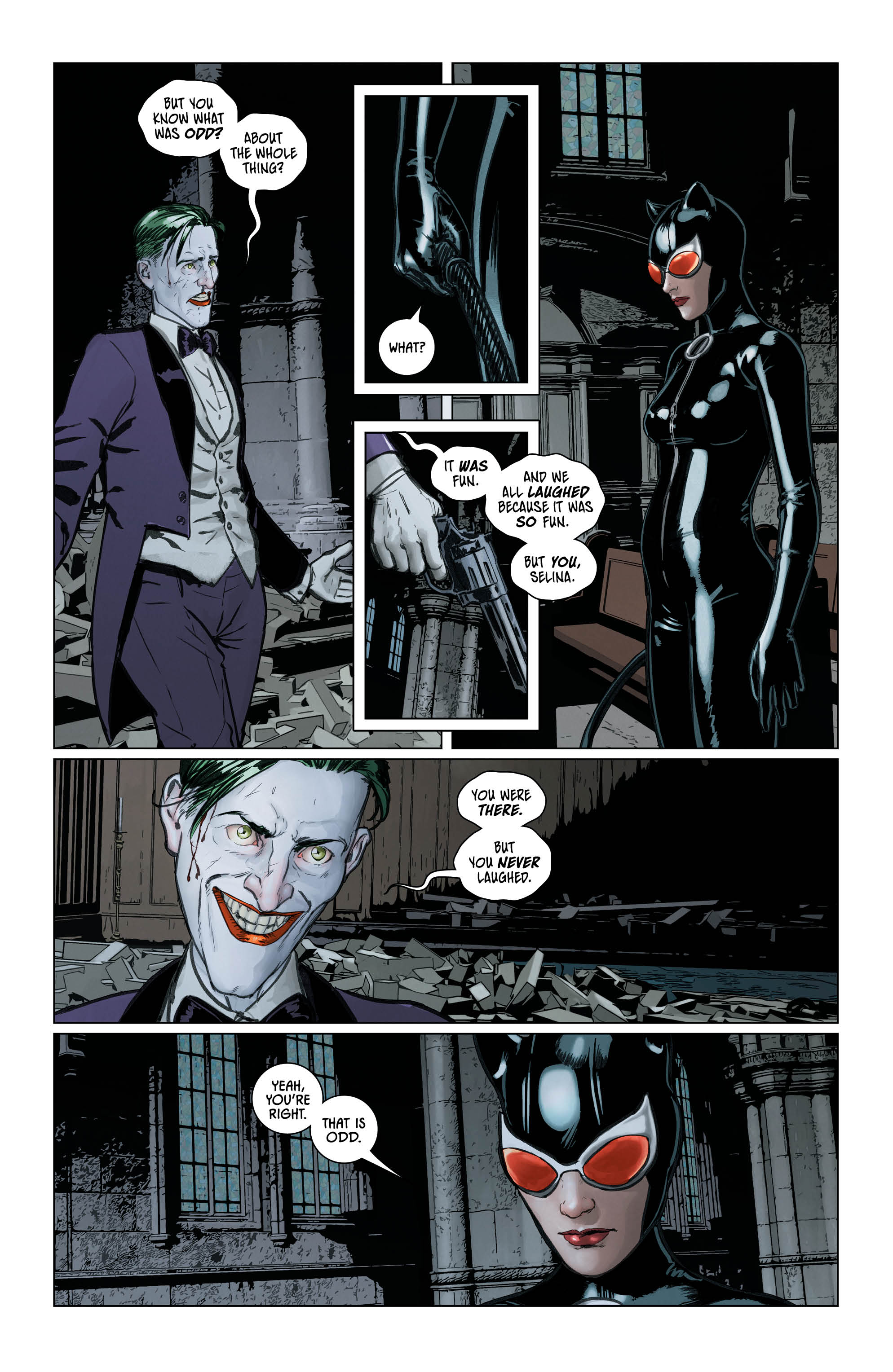 For starters, the Joker asked Catwoman if she was planning on having a big wedding with all the superheroes in attendance. So this makes me wonder who is getting married. Is it Batman and Catwoman or Bruce Wayne and Selena Kyle? I mean, if Bruce Wayne is getting married and all these random superheroes show up to the wedding, wouldn’t people start to put two and two together? Now I know one could argue ‘Well if the heroes aren’t in costume…’ and I’ve thought about this but some of these heroes haven’t done such a good job hiding their identities. I mean this wedding is going to be a huge event. I just feel like people would be able to put two and two together. Anyways, I digress… 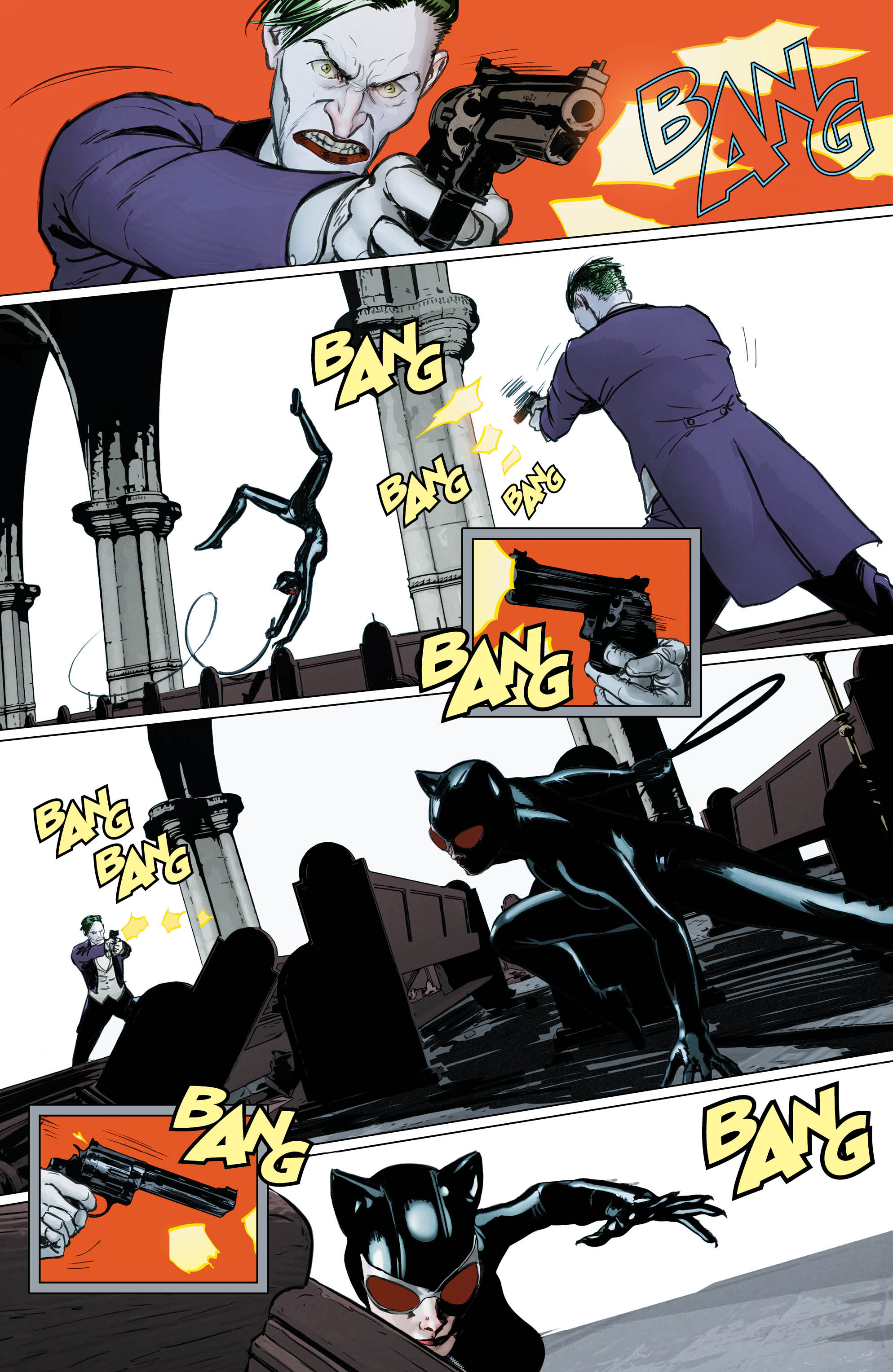 The other thing that really bothered me with this issue is the problem with the Joker’s gun. I don’t if this was just miscommunication between Tom King and the art team, but the Joker is using a revolver. The previous issue shown he was using a .44 mag. Those guns only hold 6 rounds but the Joker fires 15 shots at Selena without any indication of reloading. THEN later in the issue the Joker claims to have a “Full Magazine” in his pocket. The .44 does not have a magazine at all, and then it shows the Joker remove a speed loader from his pocket to load his gun. This is NOT a magazine… it’s a speed loader. 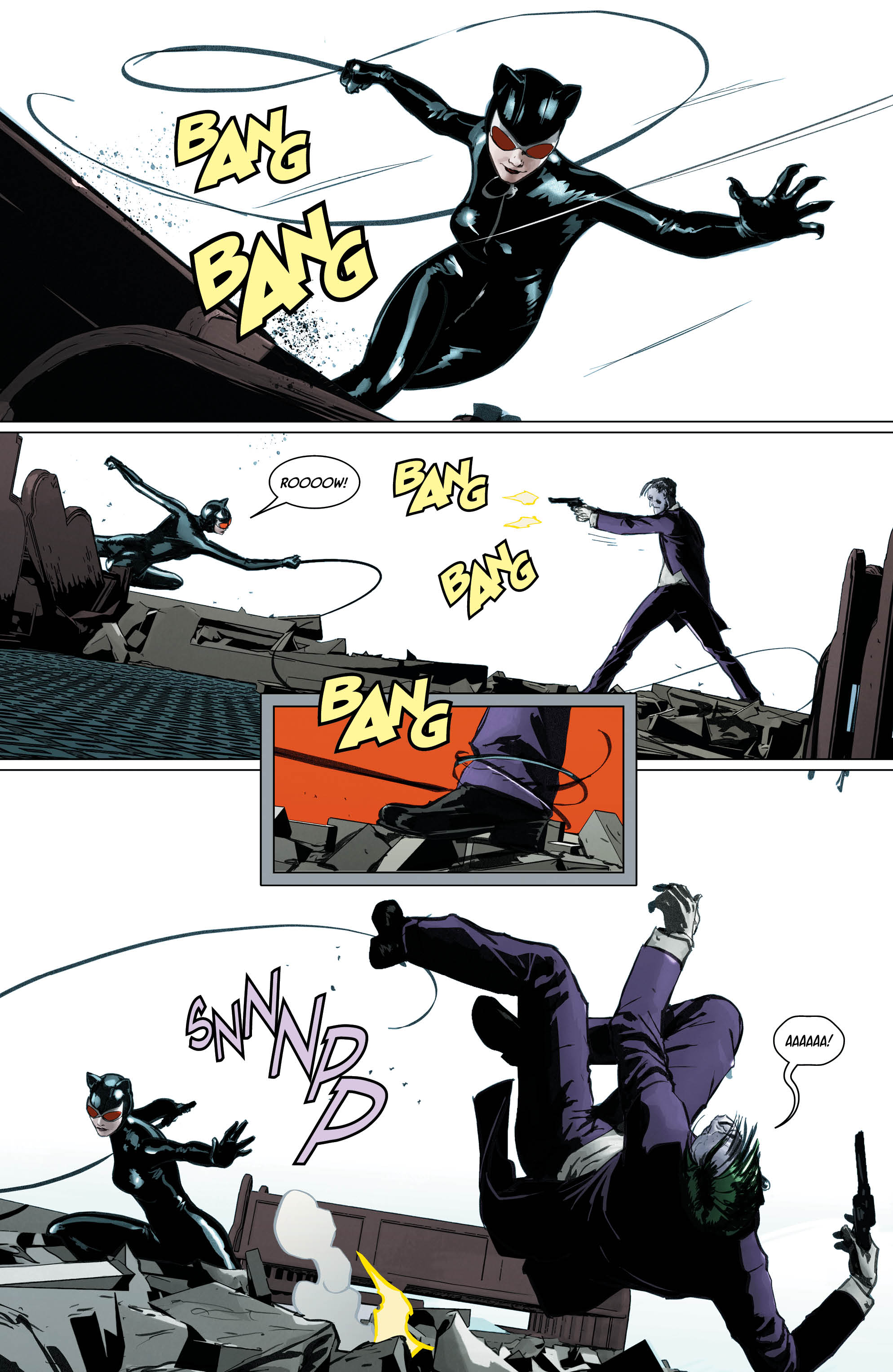 Now I don’t really know who’s to blame for this oversight and some may thing it a small detail but for me it was huge! It really took away from the story, which as the same for the last issue there really isn’t much story here. I enjoyed what Tom King did with the previous issue, but this follow up just felt like the same song and dance from the previous issue, just with more errors. I mean it was a good little twist at the end and the art team did a great job with everything else, but this issue just didn’t sit well with me. I wanted more. I want Batman being awesome, not just two issues of chit chat, Batman being useless, and inconsistencies between the story being told and the art backing it up. 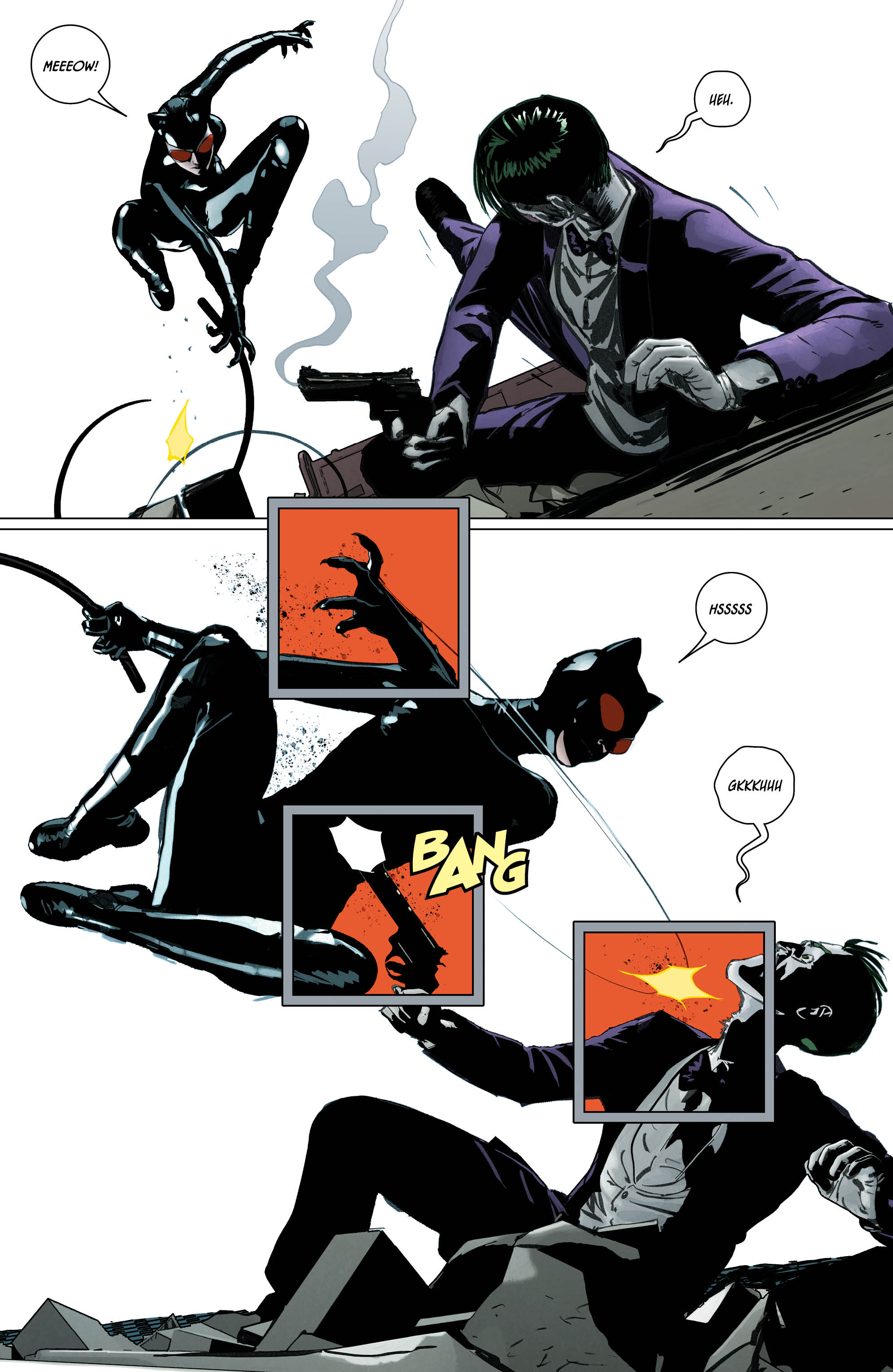 Honestly the ONLY reason to read this issue is for the last 2 pages and that’s so you can know what’s going on in the next issue. I’m giving this issue 2 stars which is a huge drop from the previous issue. The previous issue was good as it was different and I enjoyed the Joker in it, but this issue tried for the same gag and it just falls flat. 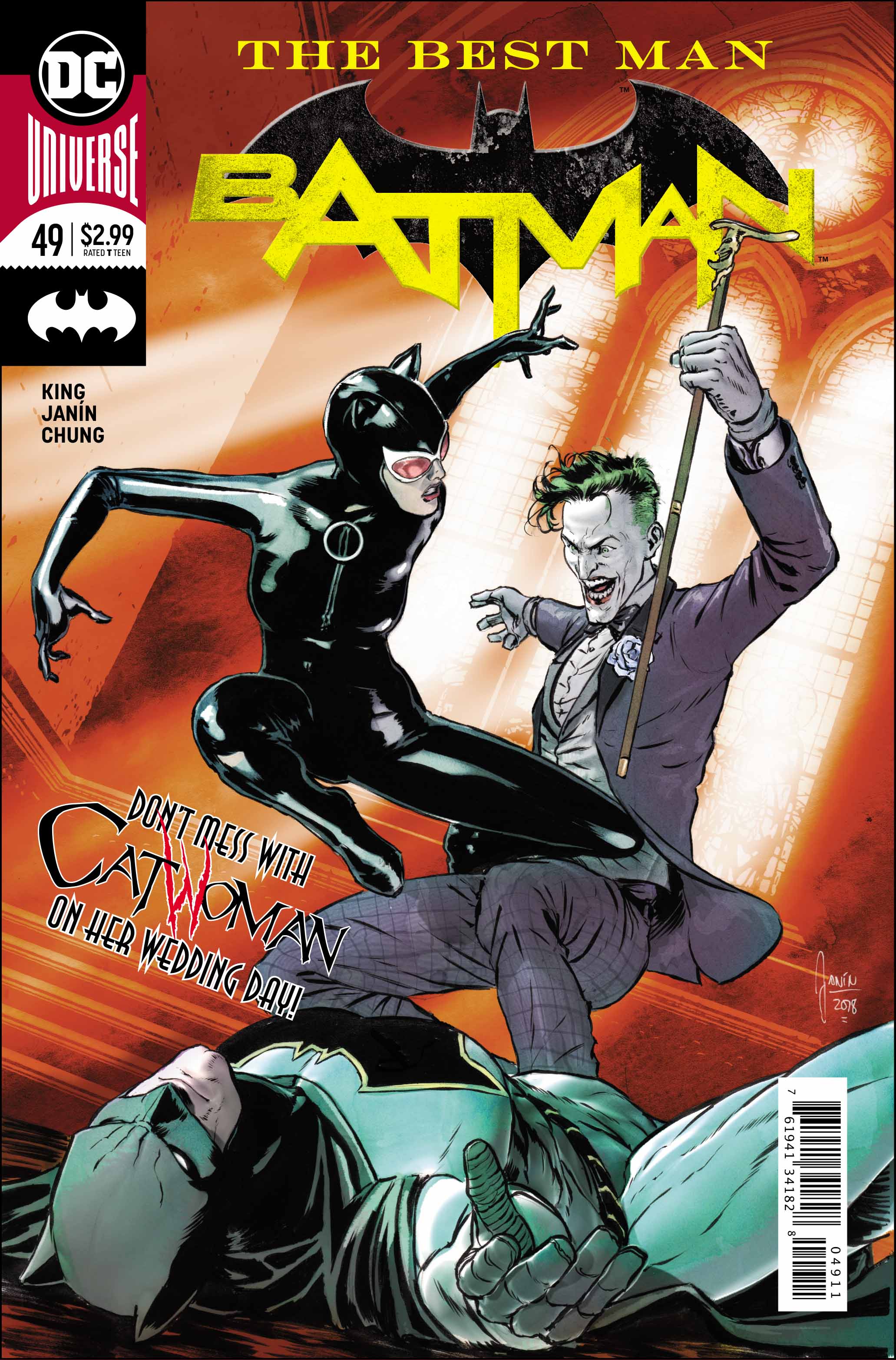