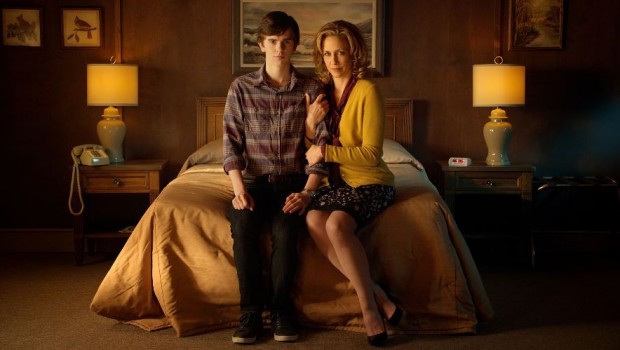 Fans of cult TV and horror will indulge in Bates Motel: Season 1, a modern day prequel to Alfred Hitchcock’s, Psycho. From the producers of Lost and Friday Night Lights, Bates Motel tells the story behind one of the most iconic characters in movie history.

After finding his father dead, teenager Norman Bates (Freddie Highmore) and his mother, Norma (Academy Award® nominee Vera Farmiga), purchase a motel and move to White Pine Bay in search of a new life, but they soon discover this idyllic seaside town hides some deadly secrets. Unable to trust anyone but each other, the two indulge in a deeply twisted relationship that raises the question: does mother really know best?