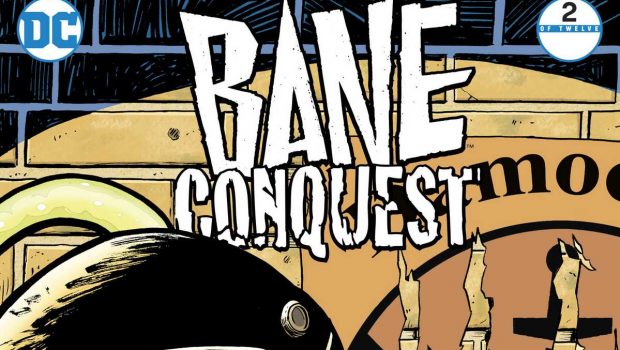 Summary: My enemies enemy is not always my friend but more of a temporary ally.

Bane is one of those characters who stands out in the rogues gallery. Whether you like the comic version of the Nolan version there’s something about the character that is quite intriguing. In Bane Conquest he is just as intriguing… a force unto himself. Trapped in a prison, the question is will Bane end up victorious or will his captors… I think we all know the answer to this. 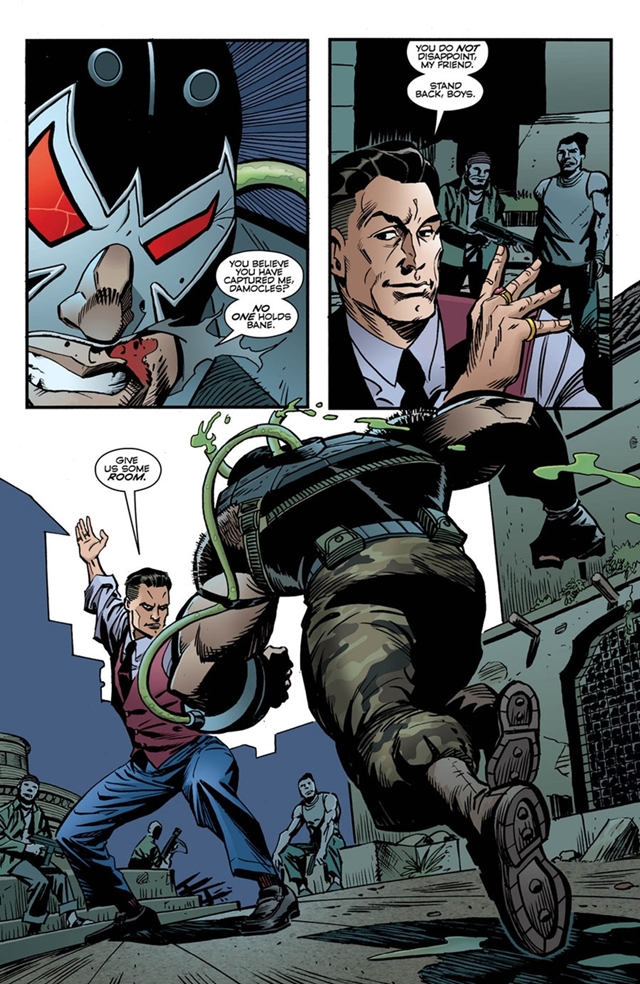 Bane alone is interesting enough but when you throw Bruce Wayne into the mix you have an opportunity to play the old alliance of former enemies story line. In this instance it also gives a great opportunity to show the different way the two foes work. Bane is simply looking for his way out at whatever cost. Bruce Wayne on the other hand is thinking about many things at once including how to get out, how to learn more about his captors and the next three or so steps ahead of him. We also learn of how the two men view Gotham… both laying claim to it though by different means. 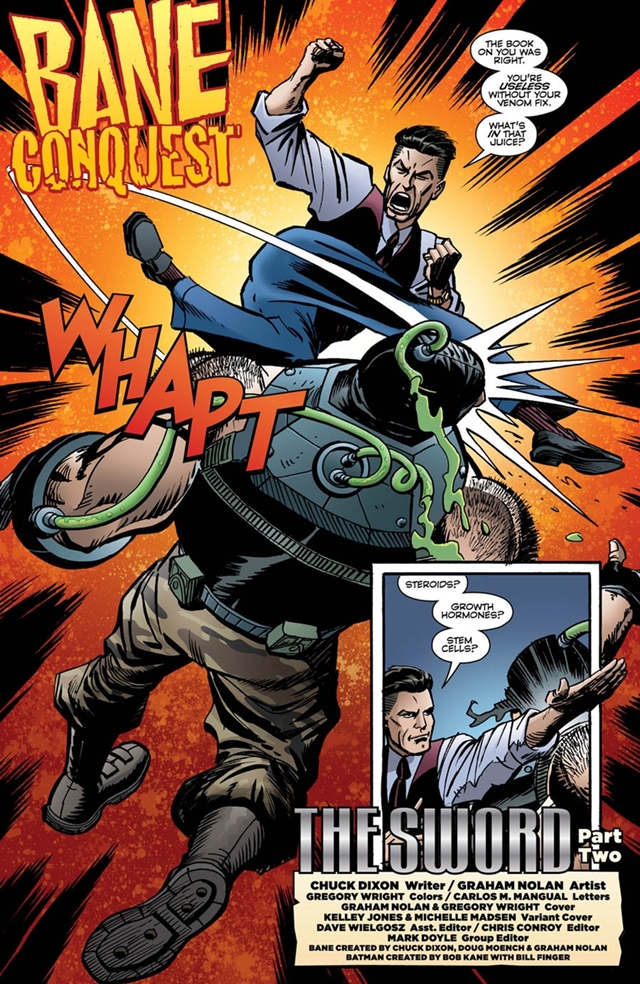 The colours here are generally fairly muted… nothing is overly bright or colourful, quite fitting for a prison setting. Shading is done using the crosshatch method and it works quite well. Bane is depicted in a suitably larger than life frame… someone you wouldn’t want to meet in a dark alley. 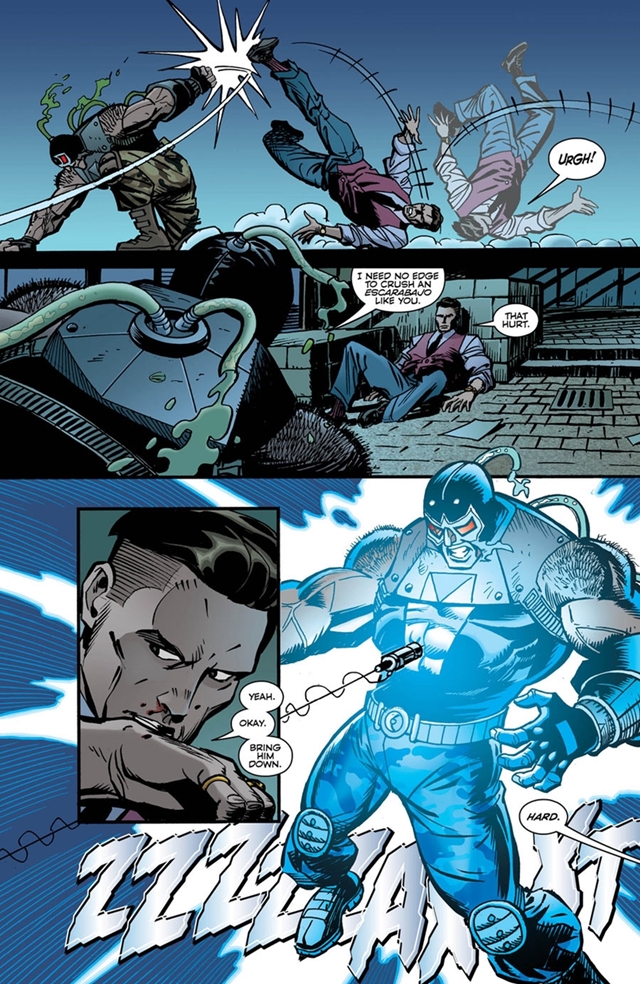 I’m a big fan of the Batman universe and it’s always interesting to have situations that force enemies to work together. This particular scenario works on many levels and, as mentioned earlier, does a great job of showing just how different Bane and Bruce Wayne’s approaches to problems are. One looking for the way to brute force a solution and the other looking for the clever way out, a way to possibly learn more about the captor in the meantime. Many of these comics arguably need to be read together to get the full picture in order to really enjoy the story in a more complete manner… in this case though I would actually say you can enjoy this one on it’s own… it is absolutely part of a larger story but it actually has enough contained in these 32 pages to enjoy on their own. 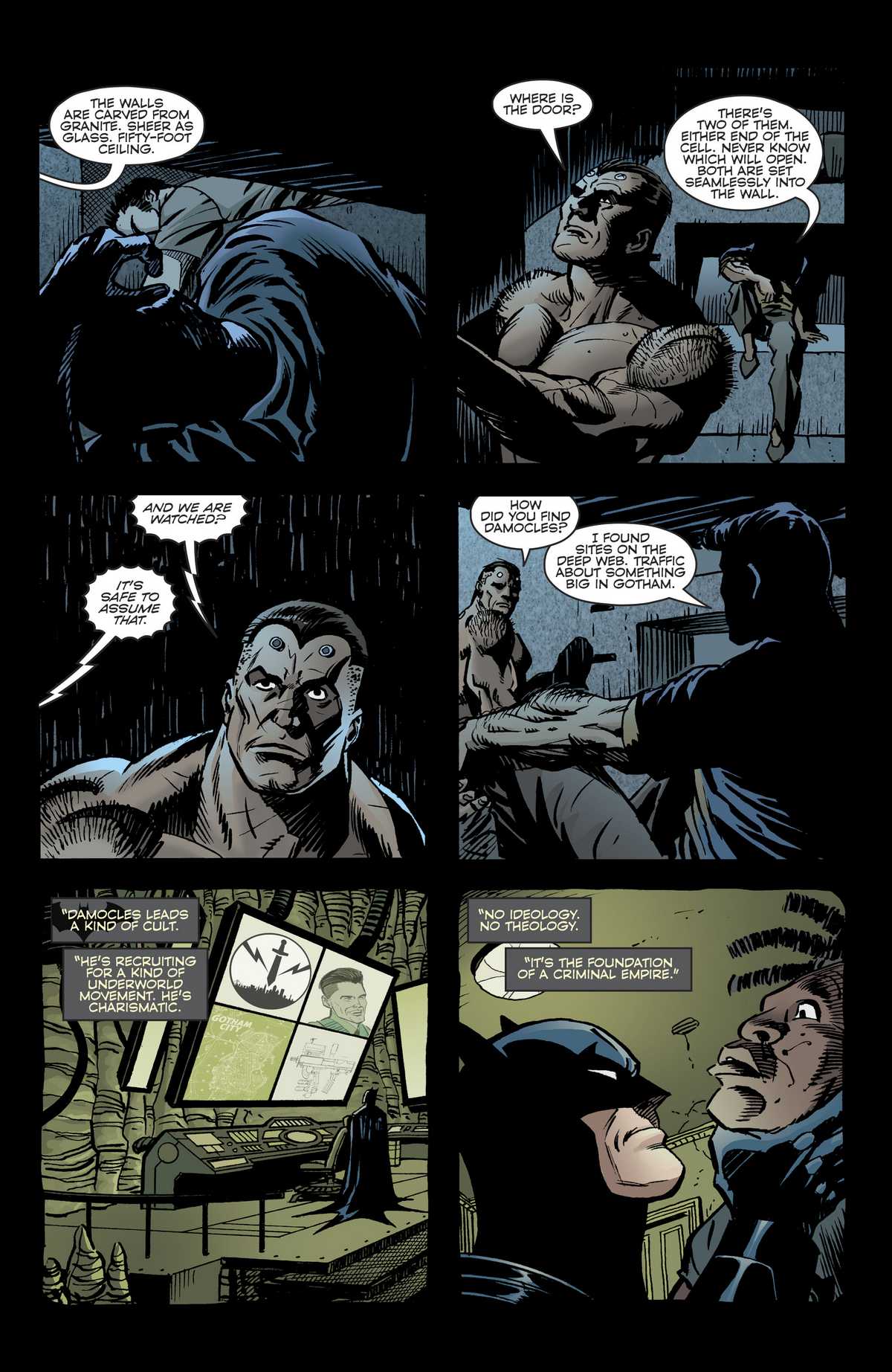