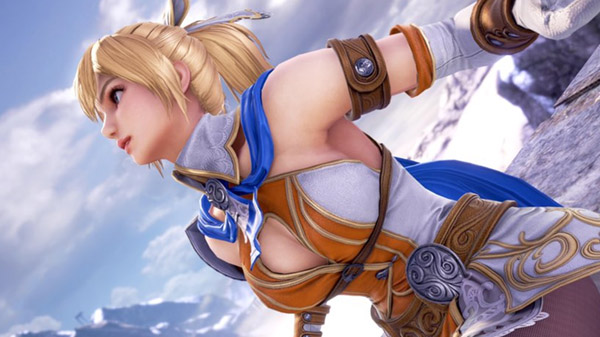 Onstage at this weekend’s EVO 2019 event in Las Vegas, BANDAI NAMCO Entertainment Inc. unveiled a series of major announcements surrounding the future of TEKKEN 7, DRAGON BALL FighterZ and SOULCALIBUR VI, including new characters and moves that will be released as part of TEKKEN 7’s Season Pass 3, ticketing information for this year’s TEKKEN World Tour finals, a new character for DRAGON BALL FighterZ and an assortment of DLC for SOULCALIBUR VI – including a guest fighter from SNK’s Samurai Shodown.

TEKKEN 7 Season Pass 3, on sale from September, will add four new characters, a new stages and new features to be revealed. An incoming free update will also give new moves to existing TEKKEN 7 fighters.

The first character of the Season Pass, returning combatant Zafina who will be making her first in-game appearance since TEKKEN 3D: Prime Edition, will be available from day one. The second fighter, a brand-new character, Leroy Smith, will be setting foot on the King of Iron Fist Tournament stage for the very first time in Winter 2019. Additional characters will be revealed at a later date.

Tickets for the TEKKEN World Tour finals will officially go on sale at 6:00 AM CEST on Friday, August 9 (Thursday, August 8, 21:00PM PDT)  via the following Eventbrite link: https://twtfinals2019.eventbrite.com

Pricing tiers can be found below:

Janemba, the demon of pure evil who made his DRAGON BALL debut in the Fusion Reborn film, is officially jumping from the Underworld to the DRAGON BALL FighterZ playable roster on August 8. Players who download the powerful villain will also gain access to five alternate costume colors, along with a Janemba lobby avatar and Z Stamp.

The shield-wielding Cassandra, who first debuted in SOULCALIBUR II, is set to bring her Athenian fighting style to the stage of SOULCALIBUR VI as the last character of the Season Pass 1 on August 5. Additionally, SOULCALIBUR VI’s Season Pass 2 was announced, which will contain four fighters including the guest-character Haohmaru from SNK’s Samurai Shodown and four Creation Sets allowing never seen before customisation!