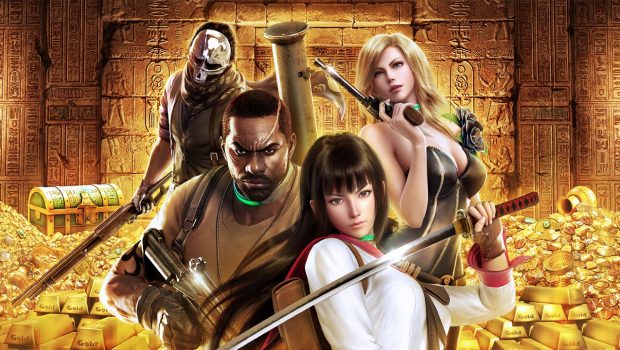 BANDAI NAMCO Entertainment Europe today announces the latest title in their growing free-to-play catalogue, LOST REAVERS, a four-player action co-op game for the Nintendo Wii U that is now available for download in Open Beta in the Nintendo eShop.

LOST REAVERS is an intense four-player co-op game where players must discover hidden treasures at the end of a series of dungeons and haul it safely back to their extraction point while their friends protect them. Along the way, the team will encounter a variety of traps, clever foes and the dungeon bosses who will do everything in their power to thwart the quartet. Through all of these challenges, one of the brave four must bring the treasure hoard safely back home by using only their wits and their friends to survive.

Players can choose from one of four distinct characters to play through the game. Sayuri, a sword-wielding modern day samurai; Dwayne, a heavy-weapon toting specimen of human artillery; Victoria, a svelte dual-wielding mistress of pistols, and a mysterious masked fourth character, who wields many weapons to cut down his foes.

With a variety of worlds ranging from Ancient Ruins, Medieval Castles and a Modern City, LOST REAVERS provides endless hours of entertainment and dozens of challenging environments for determined players and team to conquer. Along the way, players must search for new and powerful weapons, level up their characters’ skills and learn to evade cleverly placed traps. Only with trusted compatriots by your side will players prevail!