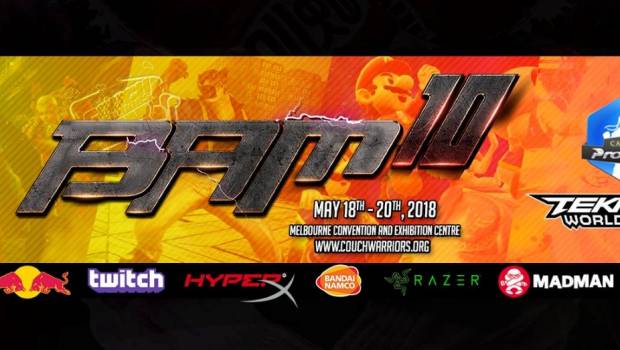 It’s the marquee esports and gaming event in Victoria and an international destination. Australia’s largest open entry esports event and fighting game major – Battle Arena Melbourne (BAM)! Celebrating its 10th anniversary, BAM10 brings together players across the nation for fun and competition THIS WEEKEND on May 18-20 at Melbourne Convention Centre.

BAM10 is set to attract approx 2,000 attendees and spectators in venue, while delivering over 1 million video views across live streaming channels. More than $30,000 in cash and prizes will be given away.

Part of the global esports circuits TEKKEN WORLD TOUR as a Master Event and CAPCOM PRO TOUR as a Ranking Event, and the largest Smash Bros event in the Southern Hemisphere, BAM brings global attention to Australia.

We invite you to join this must-attend destination for national competition across the spectrum of fighting game esports, and enjoy many convention features with a Nintendo Play Area, Preview of new games Soul Calibur VI and Fighting EX Layer, plus great titles in the Indiecade, Cosplay, prizes and more.