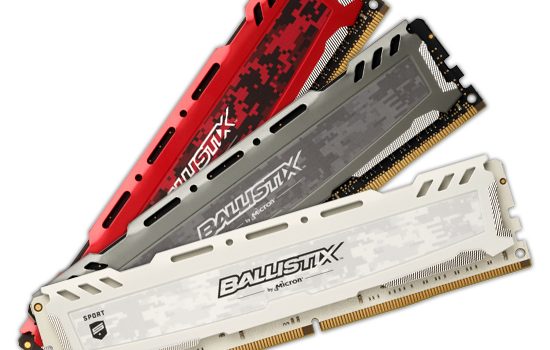 SYDNEY, 26 July 2017 – Better speed, style, and quality form the bedrock of every Ballistix® module. No matter what kind of gamer you are, you can now become the gamer you want to be with three levels of gaming memory from Ballistix.

Ballistix senior marketing manager APAC Mathew Luu explained, “What you look for in your game is unique to you, whether it’s to immerse yourself in the visuals, mod your rig, or be the next eSports superstar. That level of performance and personalisation is why standard PC RAM just won’t cut it. Ballistix® gaming memory is trusted by pro eSports players and delivers faster speeds, lower latencies, and better style. Compare Ballistix® Sport, Tactical, and Elite because no matter what kind of gamer you are, there’s a Ballistix module to help you become the gamer you want to be.”

You can equip your rig with the hardware you need to win by vetting the Ballistix DDR4 specs below.

About each spec
Speed: The frequency that DRAM processes the data it holds – more is better
Capacity: How much data the memory can hold – more is better (the largest capacity for each of these modules is 16GB)
Latency: Latency is the time delay between when a memory command is entered and executed – lower is better (often measured by CAS latency ratings, but is best measured in nanoseconds, or true latency)
Affordability: Measured in terms of manufacturer suggested retail price
Colours: Number of colour options available
Overclockability: How well the modules can handle the effects of the processor being sped up
Heatspreader: A combination of the look, feel, and material of the heatspreader
Overall: General rating of the specs for each module

Luu concluded, “Standard PC memory can’t reach the speeds of Ballistix. While adding DRAM is one of the fastest, easiest, and most affordable ways to increase gaming performance, if you only use standard modules, it’s like taking a four-door family car to a racetrack. Yes, it can make decent lap times, but it’s not built to reach max speeds or hug the corners like a race car. Ballistix gaming memory is built purely for gaming and overclocking so you can get every ounce of performance – all in stunning and surreal framerates.” 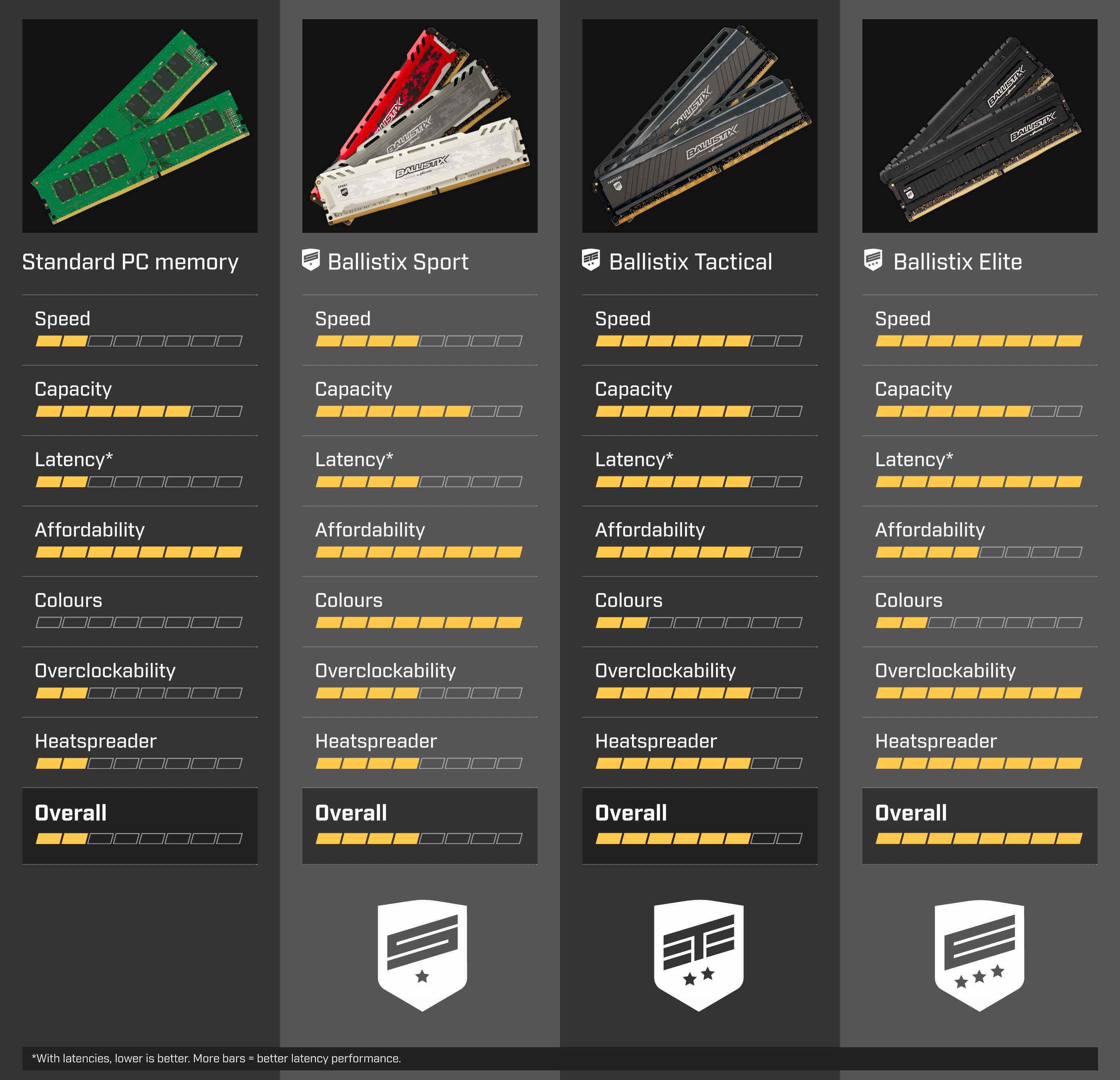 About each Ballistix product series

Ballistix Sport
Introduce yourself to the gaming world with Ballistix Sport and splash a new look onto your motherboard with a range of colours to choose from. Ballistix Sport offers improved performance for gamers building their XP.

Ballistix Tactical
When you’ve been on the scene for a while, you’re no longer the hunter – you have a target on your back. Hardcore gamers stay ahead of the opposition by striking first, striking fast, and striking more frequently than the opposition.

Ballistix Elite
Establishing yourself at the top of the game requires skill. Surviving and advancing at the highest levels, when all challengers want to knock you down, takes extreme performance. For pros and overclockers, the choice is clear: Ballistix Elite.

*Limited lifetime warranty valid everywhere except Germany, where warranty is valid for 10 years from date of purchase.