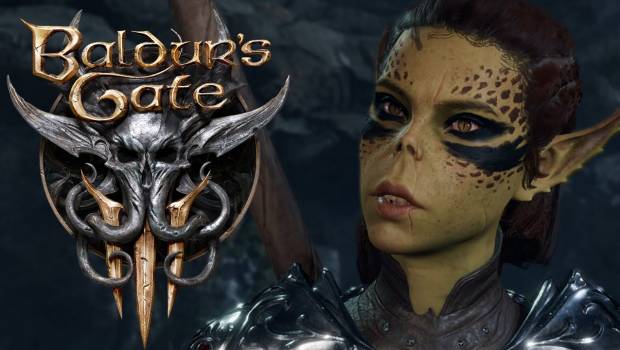 Today, Larian Studios revealed the eagerly awaited Early Access Release date for its upcoming RPG Baldur’s Gate 3. During the Panel From Hell livestream, the studio announced that it’s aiming for September 30th, 2020 as the date PC and Stadia players are able to jump into the first Act of Early Access.

Speakers on The Panel From Hell (Swen Vincke, Chris Perkins, Adam Smith, and Geoff Keighley) went into some depth about Baldur’s Gate 3’s Early Access content, and the journey Larian is soon embarking on with its players.

The final part of the game’s now roughly six-minute CGI introduction revealed that players begin their journey in Avernus, the first layer of the Nine Hells. Avernus featured heavily in the recently released D&D adventure module Descent Into Avernus, which saw the entire city of Elturel dragged into hell. The city was saved, but the aftermath of that cataclysmic event casts a shadow over the events of Baldur’s Gate 3. But players won’t just see the aftermath – captive aboard a nautiloid, they take part in a daring escape as the ship jumps between planes of existence, and is caught up in the fury of the eternal, apocalyptic Blood War that rages across the hellscape. Avernus will be featured throughout the game, alongside many other locations (to be announced later).

A highlight of the Panel From Hell was the “lobotomy scene”, a new gameplay snippet shown during the stream. As players attempt to seize control of the nautiloid, they find a corpse with its brain exposed. The brain itself seems to address the player, asking them to free it. At this point, the player can decide to get their hands dirty, extracting the brain from the skull, which leads to the discovery that it’s not a brain at all, but rather a trapped Intellect Devourer. These creatures feed on the intelligence of sentient beings, taking over their victims’ bodies on behalf of their Mind Flayer masters.

Classes and races will be announced closer to the date of September 30th, but Larian today confirmed that Baldur’s Gate 3’s Early Access includes (as well as player customized characters), five Origin Characters – with more to be announced throughout Early Access.

Through gameplay footage, and audience interaction, Vincke demonstrated how the game allows players to discover different permutations in encounters and dialogues, depending on the characters they play, and the choices they make. This depth of reactivity means that even in Early Access, multiple playthroughs will lead to different outcomes and developments not only for the players and their companions, but for the many NPCs they meet, and the world around them. In very simple terms, playing “good” and playing “evil” will offer wholly different experiences with many twists and turns (all performance captured) that other players may never see, depending on their choices.

While the studio is working towards the September 30th release date, there is still plenty that needs to be done before players can dive into the world of Baldur’s Gate 3 Early Access on PC and Google Stadia.

For more information about the Early Access philosophy covered today in Larian’s stream, we recommend keeping up to date with the community updates. Today’s will cover heat-maps, and the topic of how player input is parsed into functional data to improve the game. Heavy stuff!