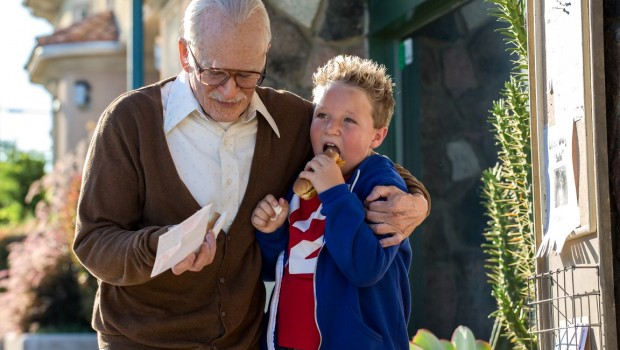 “So many hilarious scenes and pranks didn’t make it into Bad Grandpa because they didn’t make sense for the story—I’m talking five-star bits that were painful to cut
from the movie. You’ll get to see them all in BAD GRANDPA .5 and maybe some stuff we shouldn’t show you,” said Johnny Knoxville. “You know how we always
joke we have no clue what we’re doing? Well, when you see the ‘window up ,window down’ behind-the-scenes footage on BAD GRANDPA .5 you’ll know we aren’t lying.
Amazing. Can’t wait till you see that and the whole damn movie.”

BAD GRANDPA .5 gives you a whole new perspective on the world of Irving Zisman with unbelievable bonus scenes and hilarious pranks also featuring Academy
Award-winner Spike Jonze (as “Gloria”) and Oscar®-nominee Catherine Keener (as Irving’s wife “Ellie”)…plus a look at the evolution of Johnny Knoxville’s naughty
alter-ego, the Academy Award-nominated makeup effects, and an exclusive behindthe- scenes peek at the idiocy it takes to make a hidden camera movie in public.
JACKASS PRESENTS: BAD GRANDPA .5 will be available to download or stream at digital stores including iTunes, Google Play, EzyFlix & Xbox Video.