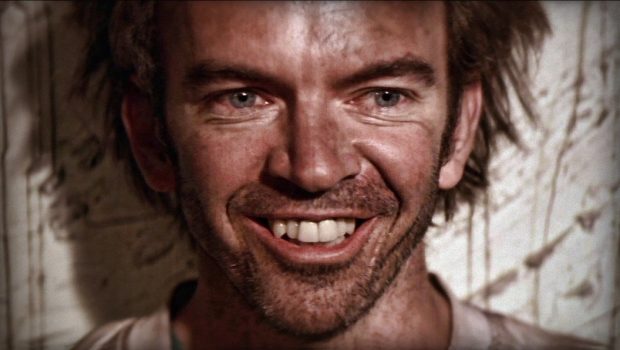 Summary: A very divisive movie but still relevant after 25 years and just as hard to watch. Not a movie for anyone who is a cat lover at all.

You're a sexy woman Flo!

Bubby (Nicholas Hope) lives in a squalid bedsit with his Mam (Claire Benito) in an abusive relationship but doesn’t know any better and his cat. Things change with the arrival of his Pop (Ralph Cotterill) leaving Bubby to finally leave and explore the world outside. It is a fantasy story as if you actually tried any of the things that happened in this film you would be dead or in jail straight away.

Is a bit hard to say anything new about this film as it is so well known these days and it is a rough watch especially at the start. Nicholas Hope confirmed they actually had the cat euthanized for the movie as it was a feral cat but he thought it was too far just to do it for a movie.

I did actually ask Nicholas Hope in the 25th anniversary Q&A at MonsterFest if Park Chan Wook had seen this film before he made Oldboy but he did not know. As it turns out Nicholas Hope had to go around the world doing the events and Q&As for the movie as the director did not want to.

Talking about this movie it is hard not to start quoting lines from it and that was the case when they were making it as it was shot in sequence and a lot of the dialog was just Bubby repeating things other people said. Nicholas Hope said he prepared for the role by playing with kittens at Clare Benito’s house and hanging around the film studio to learn how they were working on the film.

Cherrie the Salvo (Natalie Carr) was at the same Q&A I went to and said her family was 100% on board with her role in the movie as Nicholas Hope as has said also even though his parents are strong Catholics. Nicholas Hope has had some strange interactions with fans due to his role in the movie and ended up being typecast especially in Australia to play psychopaths or eccentrics.

Angel (Carmel Johnson) in the shining light of the film and has gone on to have a good career afterwards but I am not sure she has talked about the movie since then. Her character is the most normal one in the movie even if the bit when her character is showering Bubby male wish-fulfilment from the writer.

At the time the movie was regarded by an experiment by the director and the 32 cinematographers were part of this as they were meant to shoot a bit at time over a year or so due to not having much money. They ended up getting full funding but still shot it this way and each person who shot it got paid $150 each. This was just one of the things they tried that was new like the microphones sewn into a wig that the main character wore. Normally if you wanted to experiment you would change one or two things not everything.

I don’t know why Grant Piro turns up as four different sales assistants at the stores Bubby goes into, must have something to do with the way they shot it. Also in the pub scenes a lot of the cast appears as random people in the crowd. For the later scenes it would make sense since they would have heard of the band. Not sure what the story is in the earlier scenes.

I did enjoy the concert scenes and it reminded me of some of the stuff TISM talked about “Brechtian isolation”  and also Fred Negro from St Kilda and Dick Dale from Adelaide bands.

The locations are suitably grotty and industrial in Port Adelaide and are still used today by photographers for their art practice. Yes, Adelaide is a strange city even before the whole Snowtown thing.

The special features on the blu-ray are a collection of everything else that have been previously released with the Q&A session from MonsterFest being new. I thought I would be in it but it is just a photo the screen and it is only audio.

Confessor Carresor in the special features is actually more disturbing than the movie as the main character is so unrepentant and does not actually do anything but claims he does.

The movie was a hit on the festival circuit but was regarded as too weird at the time and it ended up coming out in the same year as Muriel’s Wedding so it got pushed aside. Rolf de Heer is an excellent director and has gone on to do some outstanding films such as The Quiet Room, Alexandra’s Project and Ten Canoes and also Dr Plonk, but hey, they can’t be all winners.

You will know if you want to watch this movie or not just from hearing the stories about it. Some people can only watch it once, but others watch it again and again. How much enjoyment you get out of it will depend if you are up for something different. This is a very divisive movie and a lot of people will not have anything to do with it and it would be a lot harder to make today if at all. 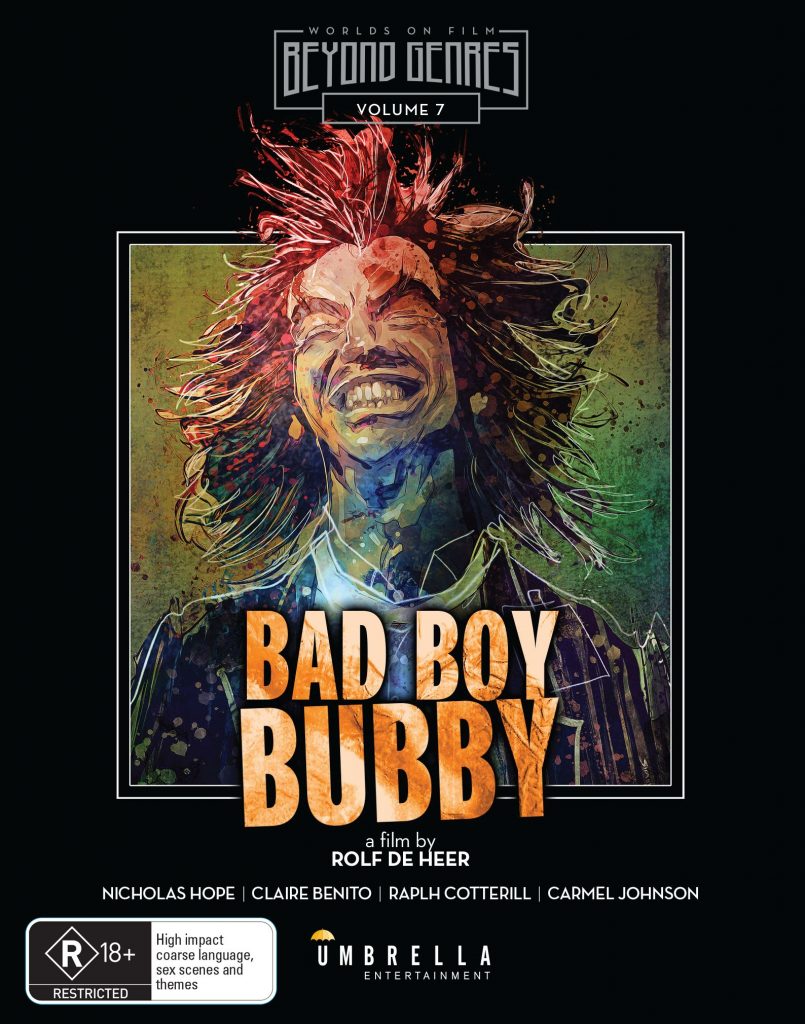