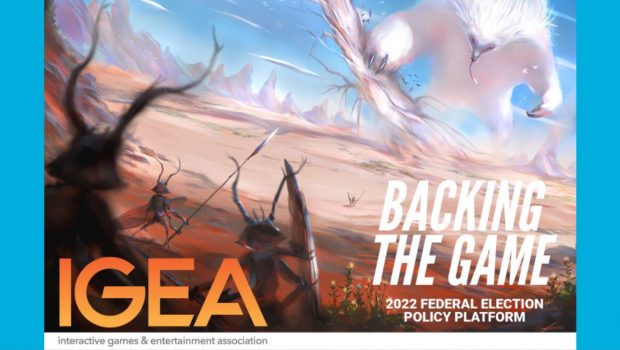 As part of their creative industry, trade and investment, and job creation policy platforms, IGEA and our members are calling on both the Coalition and the ALP, as well as the Greens, other parties and independents, to commit to:

Ron Curry, CEO of IGEA, said, “Games are an integral part of the lifestyle of many Australians. Not only do the overwhelming majority of Australians enjoy playing games, but a significant economic opportunity abounds for Australians making games and games-adjacent industries.

“Our whole industry has been eagerly awaiting the implementation of the Digital Games Tax Offset since its announcement in last year’s Budget, from highly talented local studios pulling together budgets for their ambitious next project, to global video game companies finalising their proposed investment plans for Australia.

“To complement the tax offset, we also need a long-term commitment to direct funding to support the more early-stage games studios looking to scale their businesses and deliver creative projects. Finally, the huge economic potential presented by a thriving Australian game development sector requires access to skilled employees. Our migration settings should be updated, flexible and welcoming for the specialised employees that are needed.”