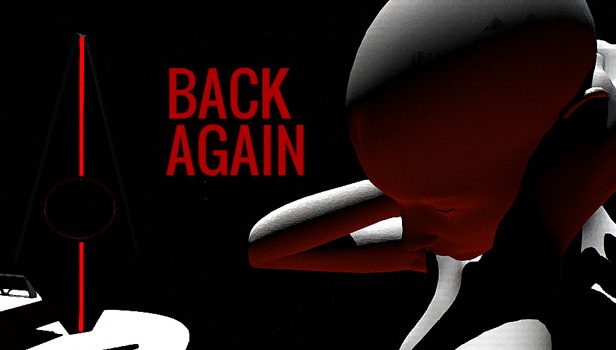 Summary: A challenging 3D first-person platformer that will put both your skills and sanity to the test. Are you ready to come back.... Again.

What can I say about the game Back Again, other than of course, back again!

This game has the unusual position of being a game that I am having a lot of trouble finishing. That is why even after having the game for quite some time I’ve yet to put fingers to keyboard until now. 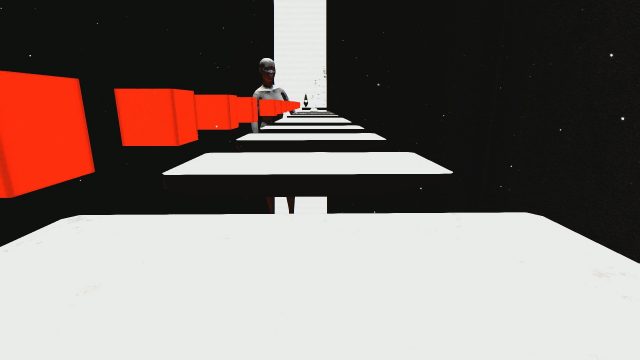 That’s not to say that I have not enjoyed this game, because that would be a lie. It is utterly addictive though extremely frustrating. The premise is you play the game from the first person perspective, navigating various puzzles and obstacles within that space. When you screw up, and you are going to! You go back to the last checkpoint and you hear the dreaded words “Back again”.

The game graphics are sparse though hypnotic in their own way. The palate is a bright red, black, and white world, With creepy-ass music playing and changing depending on what you were doing within the game you feel a sense of dread and wonder. During some of the score I felt anxious to the point of overloaded sweaty palms. The narrator does talk every now and then during the game giving you a sense of basic story, though to be honest it doesn’t really add anything to gameplay other than give you a reason to keep moving forward. 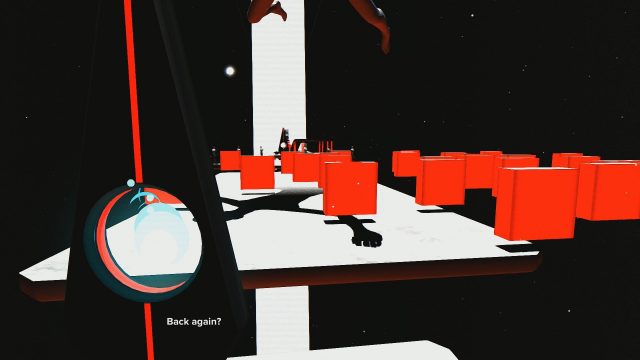 Or as the case may be; back again.

Something that I found extremely disturbing in the game and I’m sure it’s meant to have this effect, is the fact that it is populated by these weird looking mannequin-humanoid creatures that for the most part do not move other than to look at you with their blank eyes. You can see them standing; in fact you might have to run between their legs at times. They are usually not dressed however their bodies are also pretty much a blank slate. It does get creepy though that at times their heads will follow your movements or you may have to jump over them and I just kept waiting for one of them to come to life And try to grab me!

Have you played this game? I am really starting to think that I am not quite the gamer that I thought I was! As I said I have not yet finished though I am a fair way through. The game itself is a very small download, I was actually surprised at how quickly it downloaded. It was about 250 MB from memory; no pun intended. 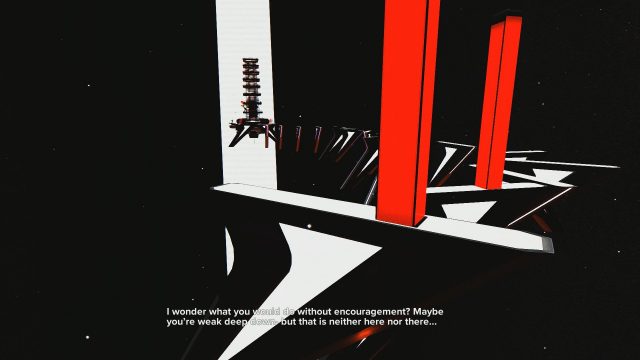 I will complete this game, I swear it! I did want to make sure however, that I let you guys know that if you do like a challenge then this might be a game that you will have trouble putting down, at times it feels as unforgiving as a traditional Soulsborne game!

If I was to say anything negative about this title it would be that the services you were jumping onto don’t feel particularly tactile and the addition of a reticule would be extremely helpful. Maybe that’s the point though, to make the game harder, but, I really think that sometimes you would land on the surface and all of a sudden slip off it when that was not the intention of the game at all. I am sure that this could be tightened up a bit with a small patch. 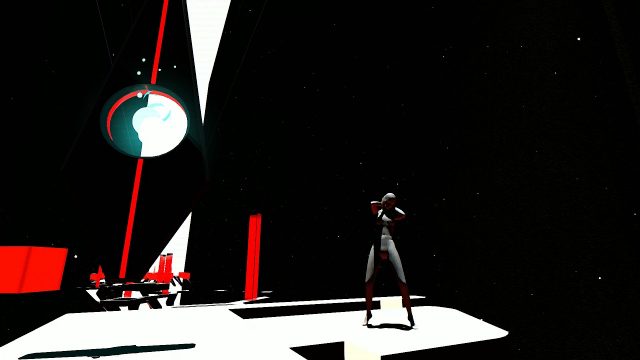 Do I recommend this game? Yes, I do. I think that younger players will find this game too frustrating, as did this older gamer LOL, but it is such a fast load, but even now I will jump into it and do my best to get past the area I am stuck on. I am somewhat ashamed to admit that I have failed this particular area that I’m stuck on well over 30 times.

Back Again is fun frustrating and rewarding. Give it a shot.