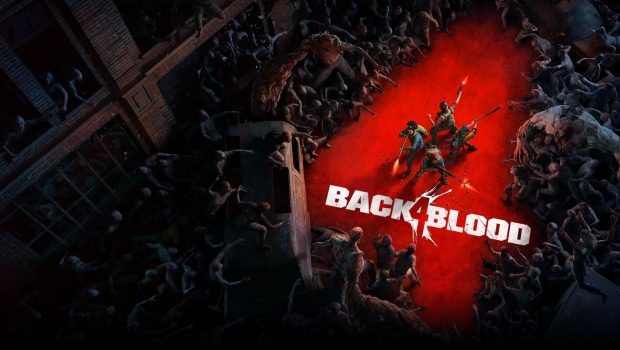 Back 4 Blood Review – Evolve the formula

Summary: Back 4 Blood is not just a new coat of paint. It tries new ideas to shake up its legendary formula, mashing together their learning to create a cohesive, insanely fun co-op experience.

When a small company named Turtle Rock Studios announced Left 4 Dead in the Christmas issue of PC Gamer in 2006, no one expected the change that was on the horizon. A perfect storm of Romero-esque horror, a phenomenal AI Director procedural scenario builder, and a healthy acquisition from Valve, Left 4 Dead delivered a cooperative experience unparalleled for its time. The sequel that followed was even bolder, but after its completion the core Turtle Rock team departed Valve to reform their independence. Ever since, the Left 4 Dead franchise has been laying dormant deep within the belly of Valve’s vault.

Turtle Rock went on to kickstart another genre with their 4v1 competitive shooter Evolve, and while it ultimately flopped, some could argue that without its inquisitive look at what an asymmetrical competitive game could be, mega hits like Dead by Daylight may not have found their audiences.

So now Turtle Rock are returning to their roots with Back 4 Blood, a four-player co-op zombie shooter that feels like the sequel to Left 4 Dead 2 that they never made. It’s all there in the name, the number 4 proudly signifying the legacy. The question is, are Turtle Rock back? Or is this little more than a cash in on their past successes? 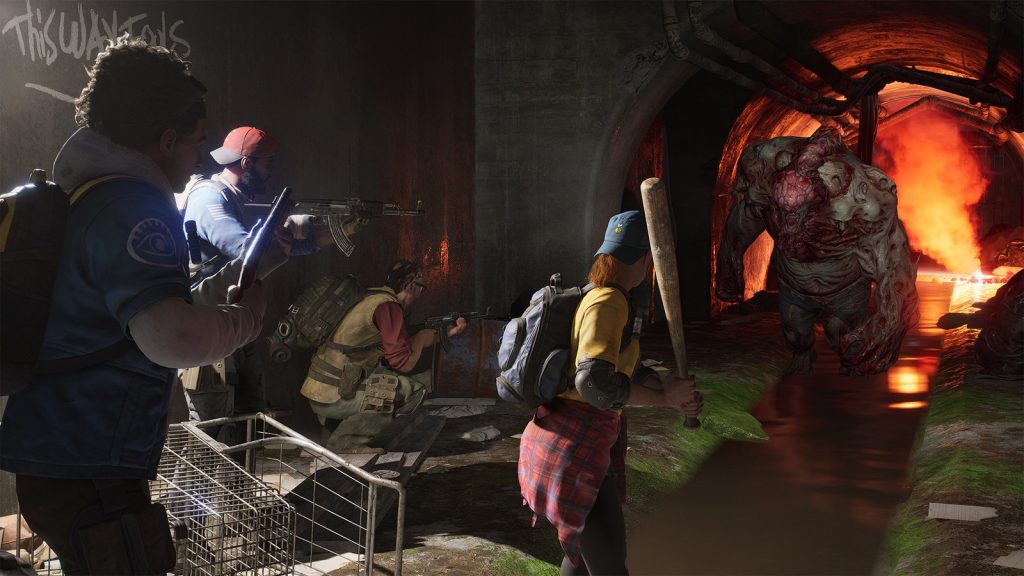 The similarities between Back 4 Blood and Left 4 Dead are undeniable. The game still plays out across a number of levels as the cleaners are rushing forward to the next designated safe house, with a big finale moment that brings it all together as a complete campaign. There are still hordes of enemies to take out, and an unpredictable Director AI to constantly throw curve balls at you, and to change the level design ever so slightly so that no run is ever the same twice.

These similarities make Back 4 Blood instantly familiar, but the changes that it employs may seem surface level at first, but the deeper you dig into them, it feels excitingly new.

For example, instead of playing survivors who are trying to make sense of the situation that they find themselves in, you play as a team of “Cleaners”, tactical Ridden killers who are confident and unafraid of the horror that they find themselves in. While they still know how to have fun through their dialogue quips, the story that they are feeding to you along the way is a little more focused, while still remaining fun.

The hordes of Ridden you are facing off against are stronger, and slightly smarter than the infected in Left 4 Dead, and the special mutations within their ranks are tough. The Retch acts like The Boomer, spewing a stream of infectious goop that attracts a horde to those who are covered. There’s the Tall Boy who is more than happy to pound you with their one ginormous arm. Perhaps the most painful of those in the alpha is by far the Stinger, a creepy crawly Ridden who can jump on walls and spit a viscous web that will lock a Cleaner in place so that the regular Ridden can feast away as they are stuck there, helpless. Yes, they are similar to the special infected in Left 4 Dead, but they act in concert more often, and there were many times I went down thanks to a Retch, Stinger combo. Then I met the Ogre, a gigantic slab of pain that looked like a mini boss from Evolve that was chasing us through a tunnel. This was a frightening, and super awesome moment, as my team were split up, forced to shoot the throbbing red pustules across its body to inflict maximum damage. That’s actually a really interesting design choice – all of the mutated Ridden seem to have these red critical zones to focus on. While it’s easy enough to drop them with some well placed bullets to the head, in order to maximize your efficiency, having specific crit points was a welcome change. Also, just the design of these baddies, they look grotesque, and I’m definitely getting strong Evolve vibes from them.

It’s when Back 4 Blood diverges from its storied history that I found the most excitement. First of all, there is a deck building system, one that poses some very interesting design choices. When starting a campaign mission, each Cleaner has specific traits that they bring to the table, and at the beginning of each round they draw extra perks and items from a deck of cards. Players can build out a deck of cards that will grant buffs such as extra ammo, or more damage, or healing a small amount when getting melee kills. Then as you roll into a level the Director plays a hand of cards, which will add modifiers to the stage such as fog, or which special Ridden will be appearing to make the onslaught just a little harder. You will draw three cards and choose one to activate, and as you progress through the campaign you keep building out your abilities until you are hopefully strong enough to survive the finale. It adds a much needed progression system to the formula, with cards being awarded as you complete supply lines. The system also reveals some of the Director’s tricks, which means you can peek behind the curtain a little and try to prepare yourself, adding a strategic level at those harder difficulty levels.

Then there’s the lobby area, Fort Hope. This camp shows some of the survivors living in the new world, and you can travel around to each area to unlock new items, and cards, and build out your deck. Personally, I was not a big fan of this needless travel and busy work, but thankfully you can just hit TAB and cycle through a menu system to do the same thing. At least they give you the option I guess.

There are other changes to the flow of the game that greatly change how you tackle missions. First of all, there are no more unlimited ammo piles. Left 4 Dead would always have ammo piles for restocking at critical points of the mission, and despite your weapon type, hitting one would have you geared up and ready to continue. Back 4 Blood has ammo drops along the way, but they are for specific weapon types, and they are finite. Running through the tunnels and coming across assault rifle ammo when I’ve only got 3 shells left in my Shotgun made my heart sink, and similarly when I saw a team mate pick up shotgun ammo while I was desperately low, well, that was just kick in the teeth.

The mission design is delightfully varied too. While Left 4 Dead often relied on a “get to that point and then hold it against the hordes to complete arbitrary action to progress”, I was surprised each time that Back 4 Blood strayed from the formula to provide a successful detour. There are many instances where running and gunning simply won’t cut it, and you will need to re-evaluate the situation to survive unscathed. 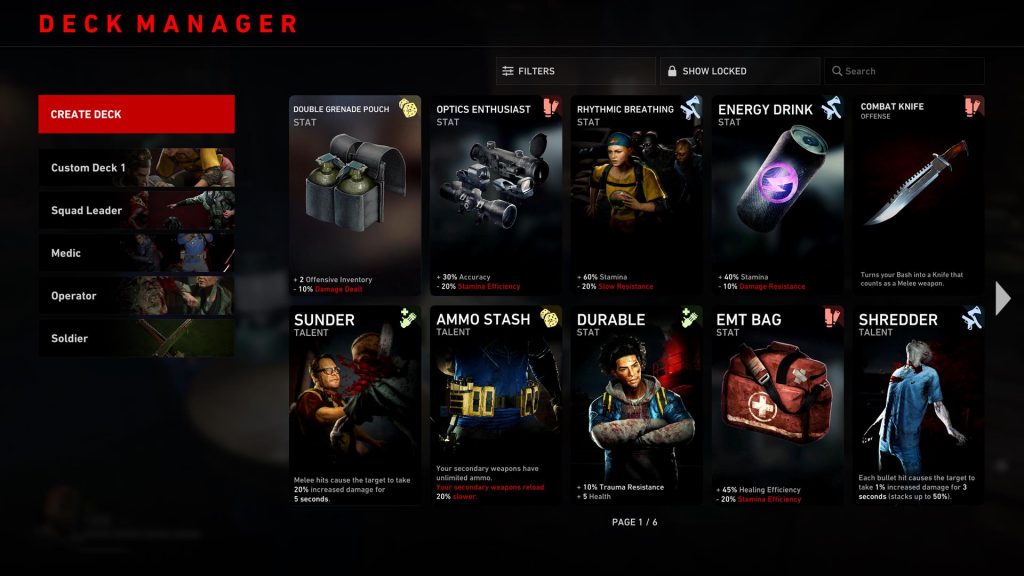 The biggest difference between L4D and B4B is the progression system. When playing the classic Valve epic with friends, the objective was simply to have fun and get to the end of the same tired campaign we had played hundreds of times before. Back 4 Blood introduces a real meta-progression system that will have you unlocking new cards, new items, new perks, skins, and depending on your proclivities, you may loathe this aspect. Personally, it brought more incentive for my friends to boost the difficulty and try to get the most supply points possible so that we could unlock new cards and round out our team.

There is also some minor weapon customization in the game, which is a great touch that offers even more options. It seems to be along the lines of a PUBG or Apex Legends, where you will find scopes or new weapon stocks, those kind of things and you can quickly pick them up and just keep going. Choosing between a holo sight, or an ACOG scope for your assault rifle, that kind of this, is a really welcome change, and I think it will offer great potential depending on how many attachments, and weapons there are in the full game.

Gear is no longer free in Back 4 Blood. Purchasing grenade, Molotov, healing items, defibs, all of that costs copper, and your only chance to stock up seems to be at the beginning of the level at the safe room. You find copper out in the field, hidden in small houses, or the corner of a workshop, or under a car right next to a pile of corpses. Considering that having these items is crucial to survival, that means finding copper is one of your top priorities on every level. Coupled with needing to find ammo, and searching for weapon upgrades, this forces you to explore the maps more, leave the critical path more often, and gives the AI Director more chances to back you into a corner. The flow completely changes, and the the risk of looking for just another 100 copper can sometimes pull your entire team into ruin. As I said, on paper these changes may sound inconsequential, but they critically change how you interact with the game, and I for one, am all for it. Those tactical teams out there will no doubt develop strategies on who is going to buy what gear, to make sure that all bases are covered before they head out into the fray. To me that’s far more exciting, because as a team you aim to control the situation, rather than deal with the cards the AI Director deals you in terms of items and weapons.

I’m not going to lie, Left 4 Dead is one of my all-time favorite games, and I came into Back 4 Blood with a healthy level of skepticism. Even though I adore the concept, Left 4 Dead 2 is over a decade old now, and it definitely had some shortcomings then, that are only more pronounced today. Given the immediate side by side comparison from the outset, I was convinced that Back 4 Blood was nothing but a new coat of paint, without any significant changes.

I’m incredibly please that Back 4 Blood is much more than that. It tries some exciting new things, and for the most part, it captures everything I would want for a new generation of Left 4 Dead. It does not feel held back due to the weight of expectation, and it successfully plays homage to its roots while cementing its own style an flair. The real question is how will the developers continue to support the game? New maps? Decks? Will it go free-to-play and lose favor like the ill-fated Evolve. Those are definitely the concerns that I have, as opposed to whether the game is worth your time.

Because it is. Back 4 Blood is the best one of these we’ve had in a long time, and that’s a compliment considering how many 4-player co-op shooters are coming out. Turtle Rock have still got it, and I look forward to clearing Ridden for many years to come.