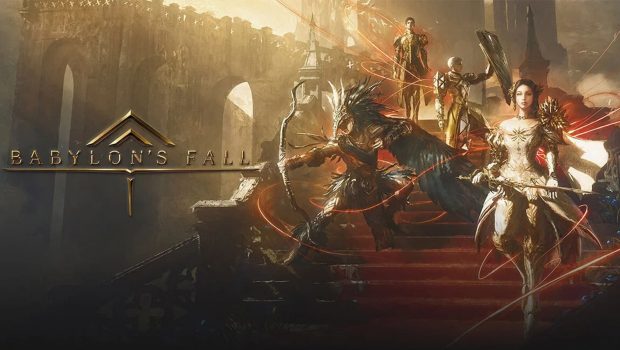 Summary: While Babylon's Fall had several good ideas and had a lot of potential, it shot itself in the foot with its intrusive live service model and its painfully obvious lack of polish, making it that much harder to recommend to anyone, especially at the ludicrous price of $60

Babylon’s Fall is quite an interesting game. What was first a highly anticipated title for Platinum Games and Square Enix fans quickly became the most polarizing and poorly received game in said fandom. Its poor reception from both players and critics alike can unfortunately be attributed to either the team’s lack of attention and care or some harsh deadlines and forced live service implementations. And while I could see a lot of potential in the game, these elements are unfortunately still very hard to ignore.

The game is set in Ancient Babylonia, where the invention known as the Gideon Coffin is used to create super-powered warriors called Sentinels. After being imprisoned and forcibly attached to a coffin, you’re tasked to scale the tower of Babylon known as “The Ziggurat,” fighting its enemies along the way to uncover its treasures for the empire you now unwillingly serve.

While playing through the game’s narrative, I could tell Platinum Games gave some degree of thought to the narrative as the core characters are somewhat fleshed out, there is a cohesive plot to follow, and a great deal of attention was put into world-building. Unfortunately, its other aspects, such as the live service element of scattered storytelling, drag it down significantly at times. Additionally, it’s hard to ignore the fact that dialogue between the characters is always done in the same area with the same core characters using the same animations, which made it hard for me to stay engaged. 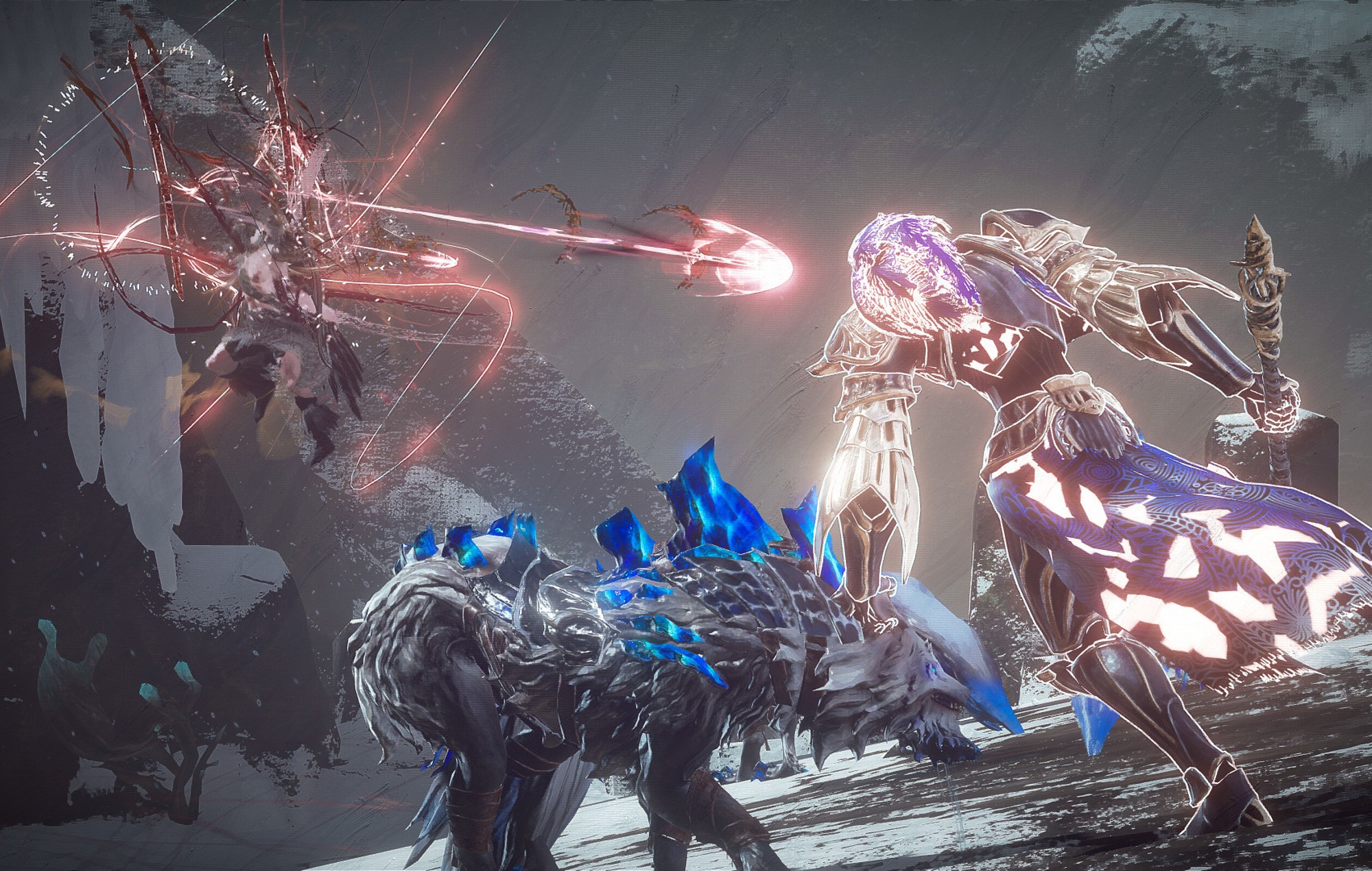 This brings me to the overall visuals, arguably the worst aspect of Babylon’s Fall. Even when playing on the highest graphical settings on an RTX 3060, the character models look incredibly ancient and far worse than any double or triple-A game that should be launching in this generation. Additionally, most levels are quite dull with a bland brown color palette. While some areas in the latter half of the game and some boss arenas stand above the rest, the majority look more or less the same. And while the game sports an interesting oil painting aesthetic that could have helped separate it from other dull titles, it unfortunately was primarily used to mask the game’s bland models.

One of my favorite elements of Babylon’s Fall can be seen in the gameplay, specifically, combat. In Babylon’s Fall, players can wield four weapons at a time. The first two are wielded by hand and are mapped to the heavy and light attack buttons, while the other two are linked to your Gideon Coffin and can be controlled separately and simultaneously with your regular weapons in a true Platinum Games fashion reminiscent of the combat style of Nier Automata. Couple the incredibly fast, responsive, and overall smooth combat with the way you can freely and intricately execute multiple combos at a time, and you’ll find a decently satisfying combat experience in Babylon’s Fall. However, that is where my praise ends as the game still sorely lacks depth or any other additional combat features you’d expect from a Platinum Game, which, again, can probably be blamed on the game’s live service model. 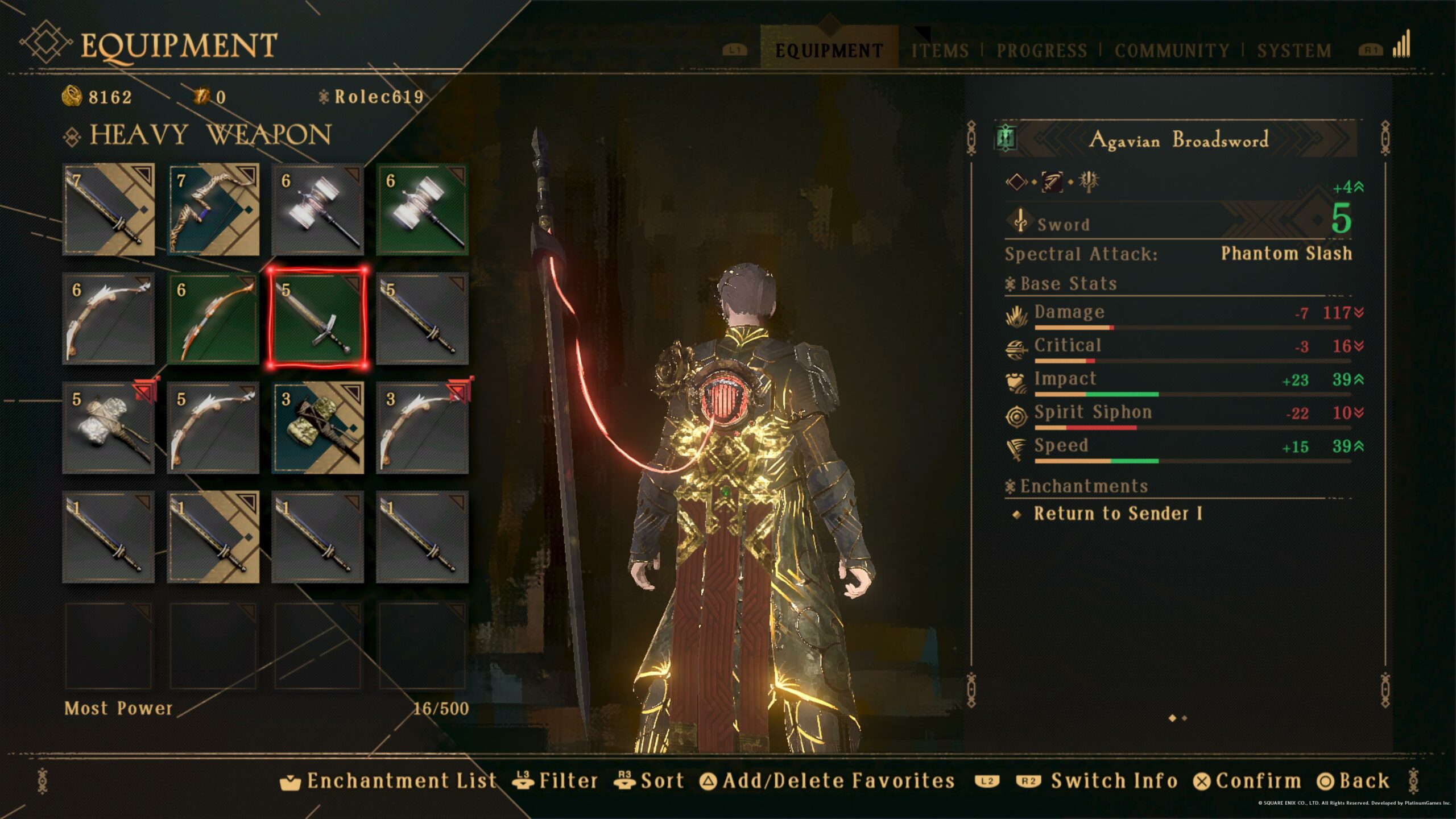 While players can acquire a variety of weapons, cosmetics, and armor, with different rarity types, effectiveness, and special attacks, they can only be obtained by grinding missions repeatedly, which you’ll constantly need to do to increase your overall “Power Level” as there is no other way to get stronger in Babylon’s Fall, nor is there a leveling system or a skill tree. So in short, while I personally appreciate the simplicity and fast-paced nature of combat, the overall gameplay is sorely lacking depth.

As for the live service elements, players should also expect to pump a lot of money through the game’s premium currency to get any worthwhile or fancy gear at least in the early game, as even the Battle Pass is a nightmare. It’ll take several battles and levels to earn enough points for the first tier, let alone the whole block. Additionally, it took a good amount of time to find a use for the standard currency as seemingly everything required the premium currency.

Playing with friends is another one of few redeemable aspects of the game, as it makes the game, especially the grindy aspects, a lot less tedious. However, finding a party for campaign missions, especially early on, is near impossible as the game won’t even let you leave your matchmaking long enough to get a player to join your party. It’s also worth noting that I did encounter some connectivity issues here and there but not nearly as much as some other live service games I’ve recently played. 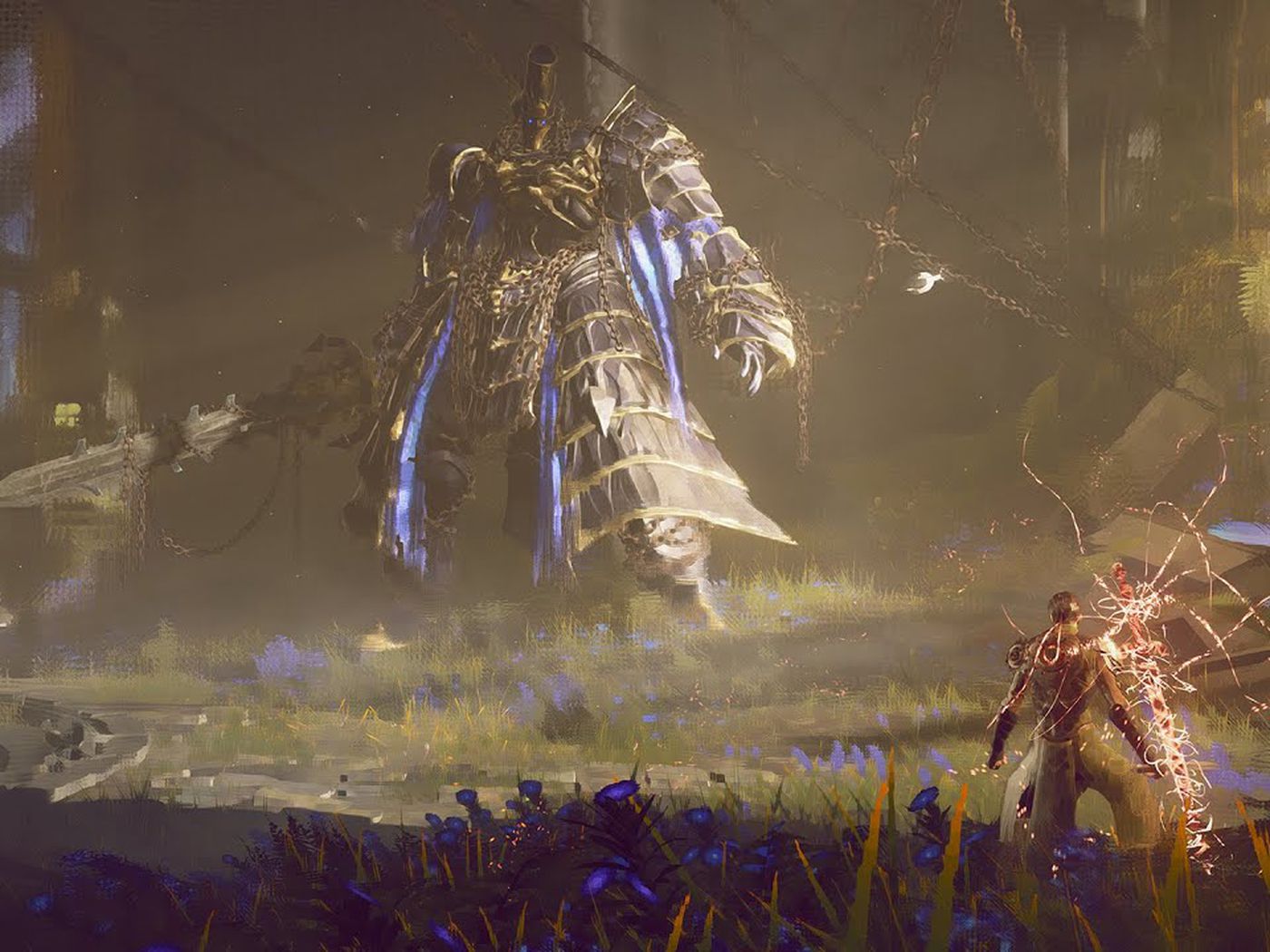 All in all, while Babylon’s Fall had several good ideas and had a lot of potential, it shot itself in the foot with its intrusive live service model and its painfully obvious lack of polish, making it that much harder to recommend to anyone, especially at the ludicrous price of $60.