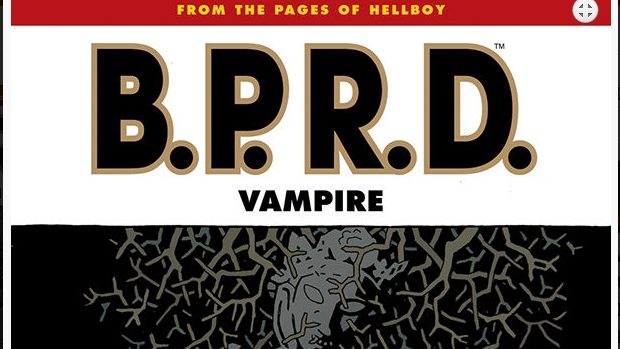 Summary: The evil within seeks to fight the evil without as a yearning for vengeance gnaws at a B.P.R.D. agent.

Plagued by nightmares of vampires a B.P.R.D. agent seeks revenge against a clan of undead but ends up on a rampage of his own in pursuit of their gorgon-eyed queen. B.P.R.D.: Vampire makes for an interesting examination of how the desire for revenge against a wrong can sometimes make us seem just as bad as those who have wronged against us. At what point is revenge following the notion of “an eye for an eye” and at what point does it become a personal transformation into our own kind of evil? 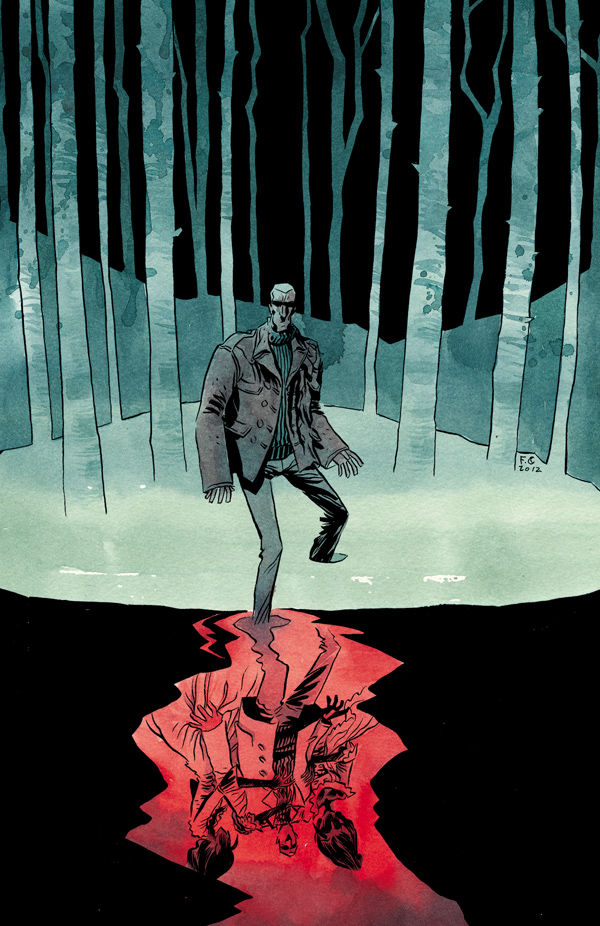 There’s a nice build from the start of the story that focuses on the traditional horror visuals to the transition to the more modern B.P.R.D. offices and the sense of intrigue around agent Anders. The story then finds it’s way back to the more traditional landscape of horror and the true face/s of terror reveal themselves. The question of where the line is drawn for justice is raised as well… to what extent is someone entitled to go for revenge for a wrong doing? 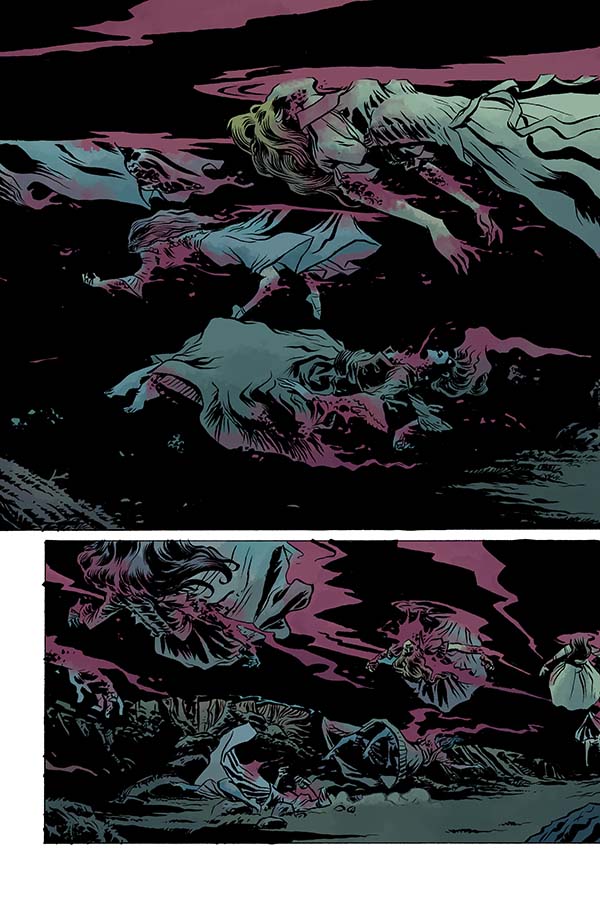 At points I thought to myself the artwork was almost the style Quentin Blake might adopt if illustrating horror. There’s a certain cartoony nature to some of the images which might give a false sense of levity until things turn dark. The colour palette is kept quite muted and on the darker side of things throughout which works well to keep the sense of oppression ever present in the back of your mind. 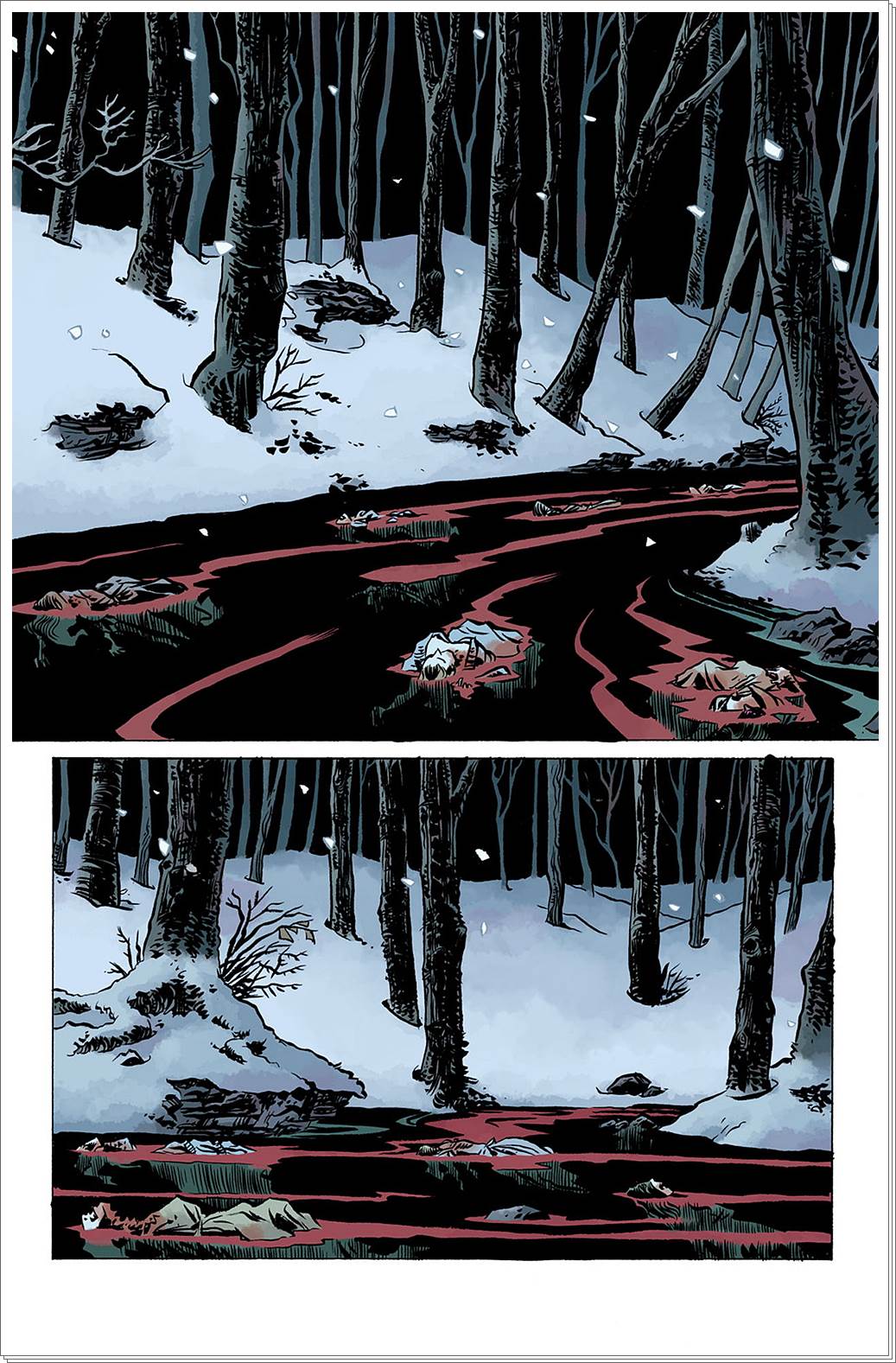 A common theme in stories if the old notion of good versus evil, we know who to get behind and who we should want overthrown. But what happens when good is swapped for “goodish” or “mostly good” or possibly even “borderline”… is it still so easy to get behind the main character? What if in attempting to defeat the evil the good becomes bad, who then are we left cheering for? B.P.R.D.: Vampire may well have you asking those questions. You can look beyond the story and consider the philosophical implications… or you can just enjoy it as a great horror story… which ever you want.  There is certainly an interesting take on the vampire tale here and it gets pretty intense in parts so if you like your horror with high action… this might just be up your dark alley. 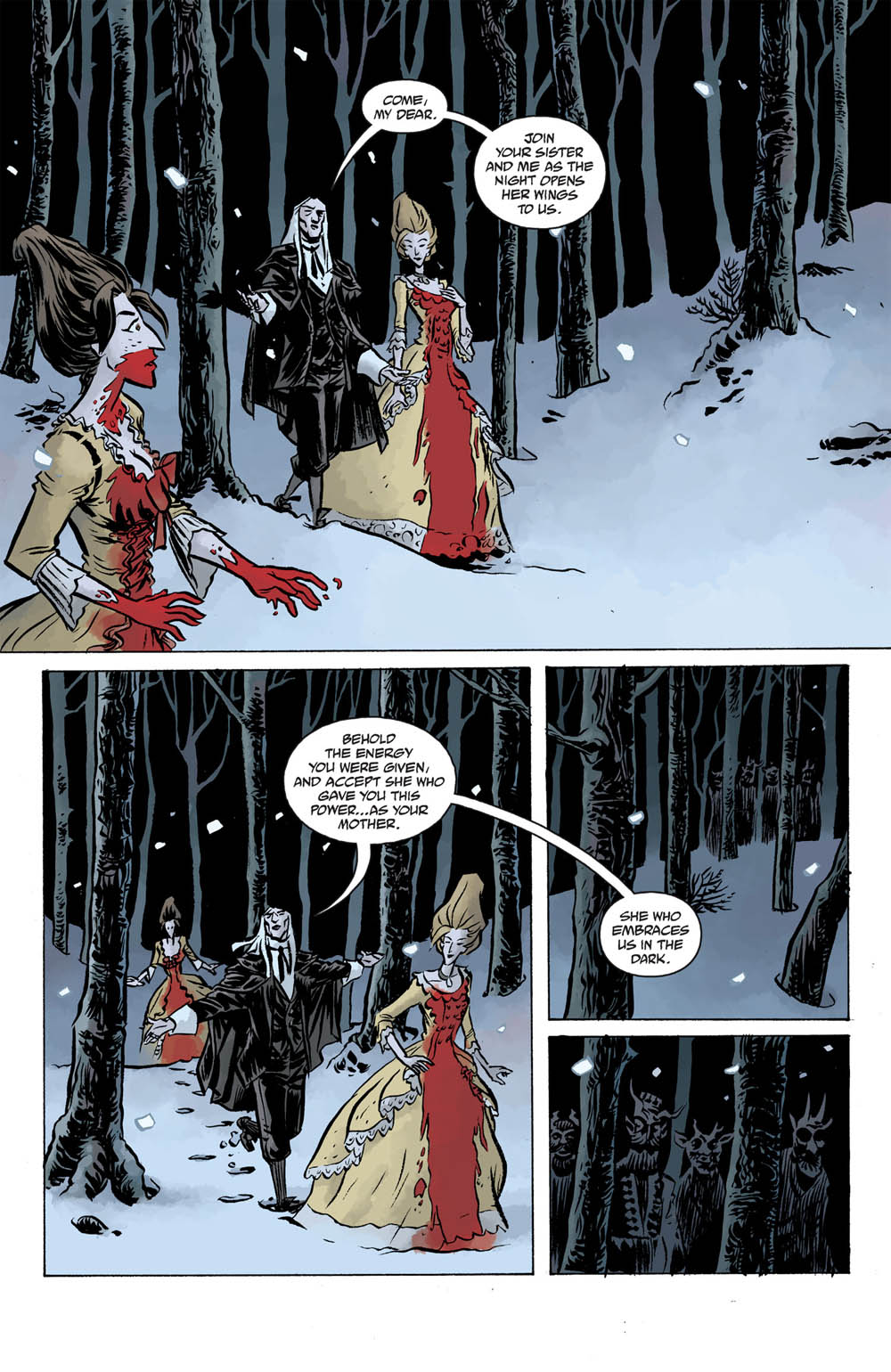