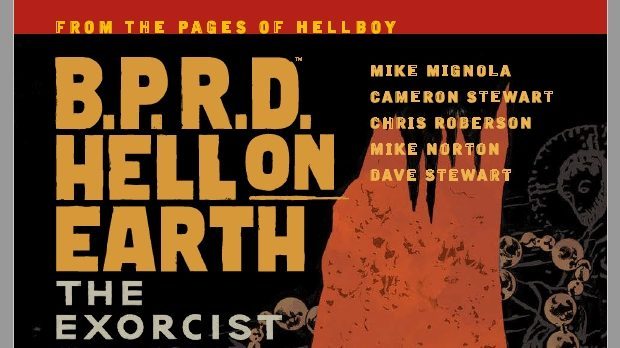 Summary: When you don't have Hellboy to rely on, you better learn your options fast.

I will admit I’m naive here… I don’t know how many books there are in the Hellboy universe that don’t actually feature Hellboy… but I can say if they are all like this… it’s not a bad thing at all.

I’m a fan of Hellboy, I loved the character since I saw Ron Perlman bring him to life on the big screen… then in reverse fashion I finally read the comic version and was just as taken by the excellent writing and the well thought out character. So it was a little odd going into this and not knowing what to expect seeing the B.P.R.D. but without Hellboy to be seen. 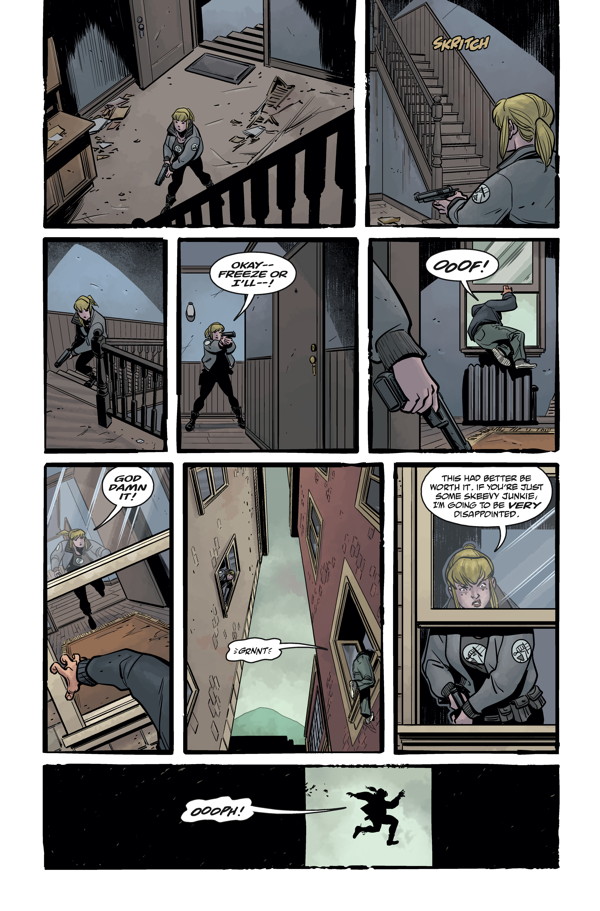 The focus of this set of stories is Ashley Strode, a B.P.R.D. field agent who is starting her career… arguably thrown in the deep end she is forced to “sink or swim” and soon finds herself battling demons, starting with one that has been housed within an exorcist for over a hundred years. 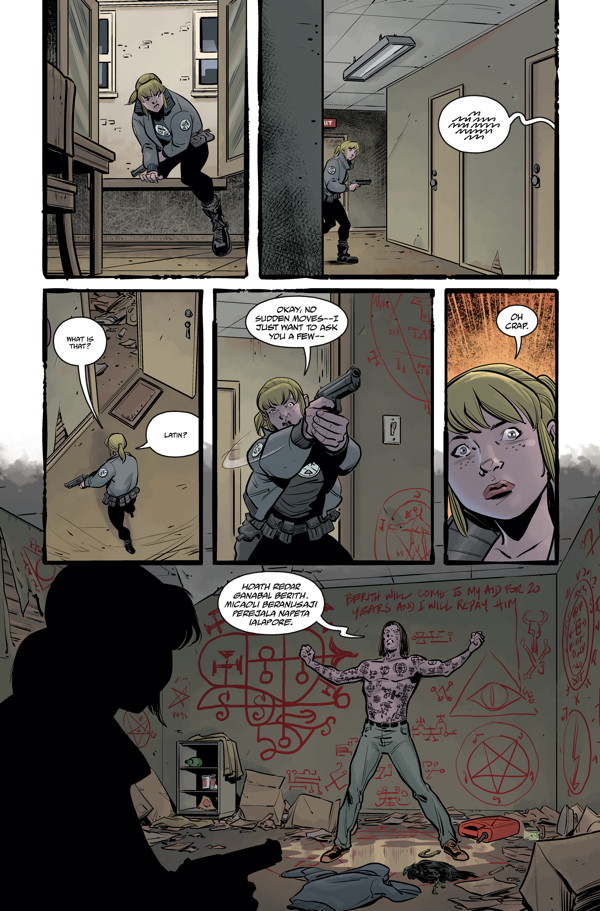 Mike, Cameron and Chris have done a great job of giving us a feel for just how overwhelming it could be for Ashley to be sent on an assignment without all the knowledge that might have been useful… the sense of amazement as things unfold that you could not have expected or anticipated. They have also done a great job of pushing the story forward and giving us that sense that she has learnt from each and every encounter… that her confidence shifts greatly from that first encounter to her last taking on hulking great demons that would turn most mere mortals to jelly at their sight alone. 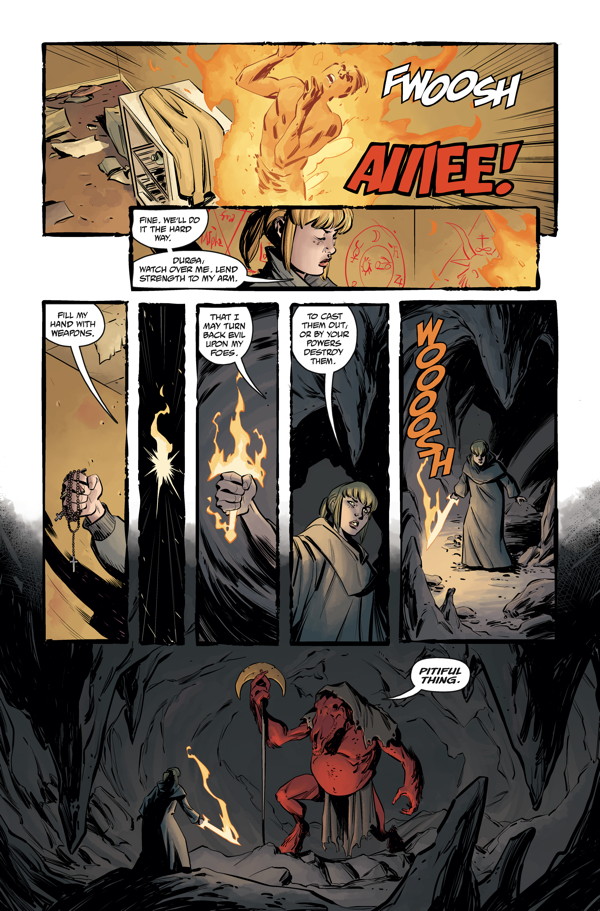 Cameron and Mike continue the great tradition of excellent art within the Hellboy stories. I’ve not come across one of these books yet that I’ve been displeased with the visuals. The standard pages have enough detail to make them stand out from some of the other comics out there and the use of colour really helps to make some of the scenes really pop and when you are dealing with horror themes without motion… colour and tone can be just as effective at setting the viewer on edge. As usual the covers/chapter breaks are even more stunning and again touch on a Rockwellian styling. 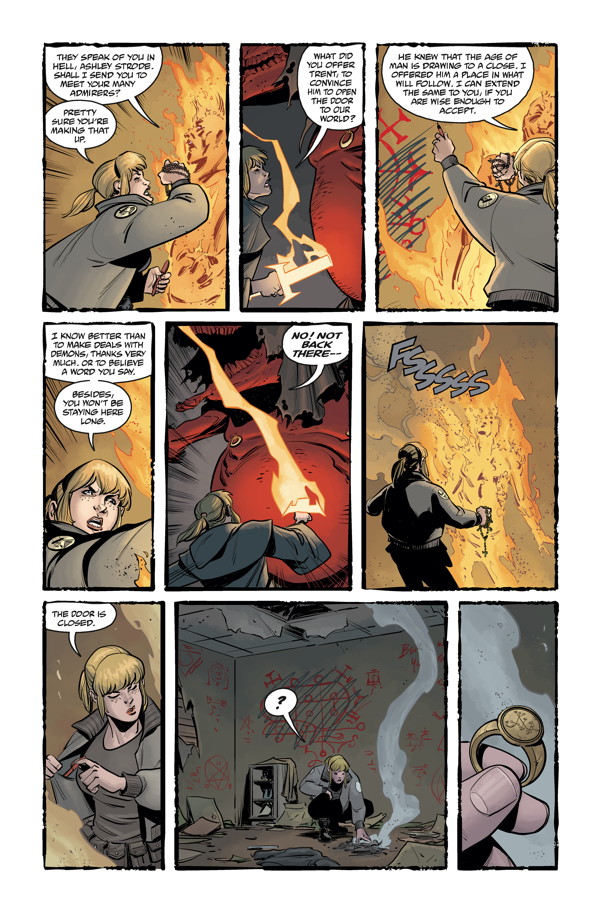 B.P.R.D. Hell On Earth Volume 14: The Exorcist is a great example of how a series with a very prominent star can still have very compelling stories without that star. I love Hellboy… but I have no concern (now) reading a B.P.R.D. comic that doesn’t even mention him. Fans of the paranormal and the occult (as I probably say every time I review one of these) will be very satisfied at what is on offer. The stories remind me of Ghostbusters in terms of their overall mythology. Ghostbusters benefited greatly from Dan Aykroyd’s personal interest (belief) in the paranormal and it showed in the terminology and historic references made. I can’t help but feel that Mike Mignola has a similar passion as each of these stories are rich with lore and you can just about feel the history flowing through each of these stories.

If you’ve never tried a Hellboy/B.P.R.D. comic, there is no reason not to start with this one… any will do… but this one is a great fun read to start your descent into the other world.