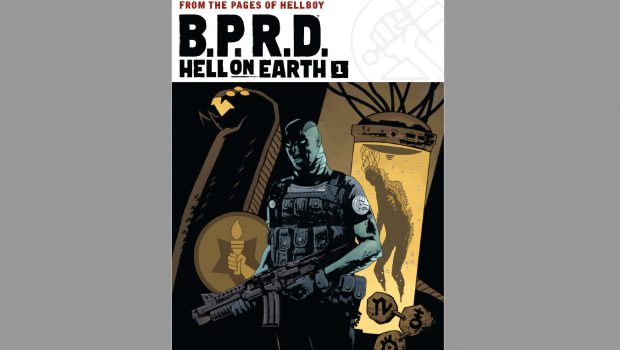 Summary: Hellboy is gone, Liz is in hiding and the B.P.R.D. is fractured. One crisis might have been averted but another looms large on the horizon.

It may be almost blasphemous to say but… I’m getting used to reading B.P.R.D. without Hellboy (he is mentioned in this edition but doesn’t “feature”). The world Mike Mignola and friends have created is so rich and vibrant that it is just as compelling following secondary or even tertiary characters. This collection prominently features Abe Sapien and also Johann Kraus and is engrossing all the way through. 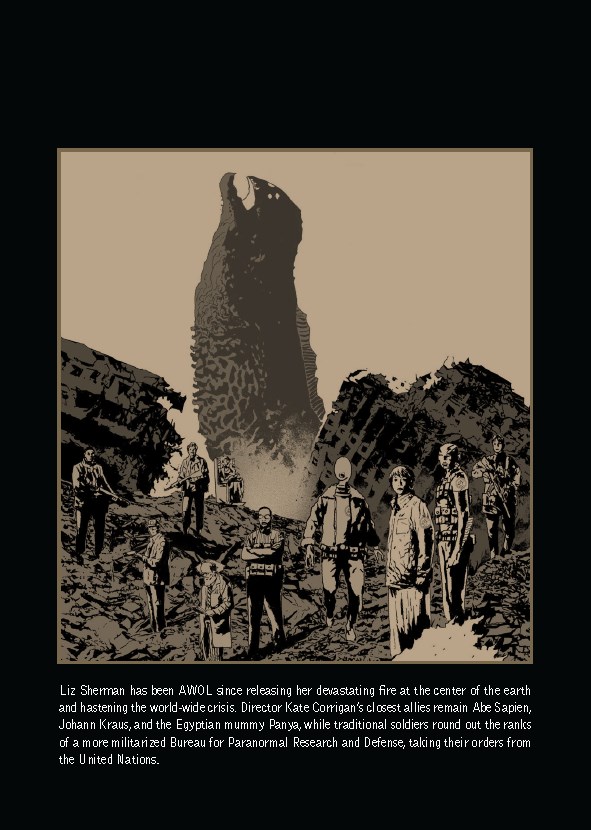 I read quite a few Mignolaverse stories now and though I started with Big Red being at the forefront… his absence in some of the more recent tales hasn’t created a sense of lacking, I don’t feel let down that he’s not there, in fact I am enjoying learning more about the other members of the B.P.R.D. and their activities. One of the main threads in this collection deals with Abe and his “issue” with one of the other agents of the B.P.R.D. and the tension is so strong you can feel it. Johann Kraus also has a lot more page time here and even gets a chance to interact with someone as close to a true peer as he could have hoped for. The story, as with most if not all Mignolaverse stories, manages to cover the vanquishing of some enemies but at the same time it feels as though there is always another enemy to battle… a notion that is covered by one of the characters explaining why they continue the fight even though it looks like it will never be over “cops go out and stop crime every day, they don’t ever expect to stop all crime, but they keep doing it anyway” (very rough paraphrasing). It’s a powerful story telling skill that keeps the reader engaged the whole time and always wanting more. 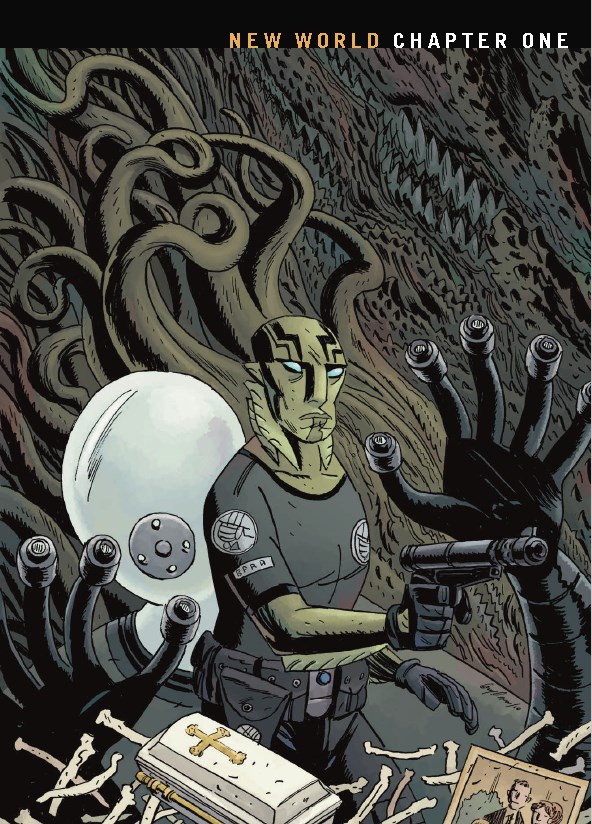 You always know you are holding a Mignolaverse comic in your hands simply from looking at the art. It doesn’t matter who is actually putting the images to page, there is always the continuity of theme and style that just ties them all together. That’s not at all to say that individual artists don’t add their own flair or ideas… they absolutely do (as evidenced in the “extra features” at the end of this comic) but what is important is that it all goes through the Mignola filter… the small tweaks here and there to make sure it all looks like it’s from the same world. Guy Davis and Tyler Crook have indeed added their own touches throughout this collection and they have both done a great job of adding to the wider world of the B.P.R.D. 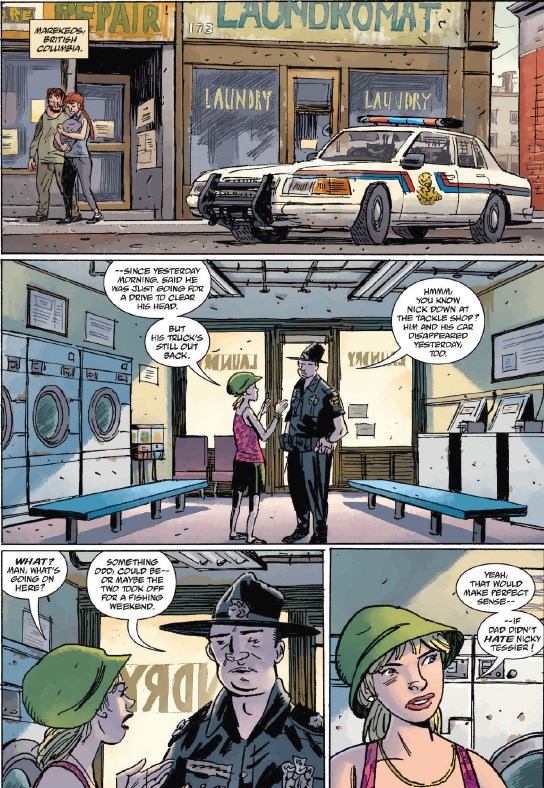 I’m a sucker for Mike Mignola’s work… so I’m a bit tragic in that regard. Do I recommend this collection, of course I do, but that’s to be expected. Why should someone who hasn’t read any of these stories grab this edition? Well one of the best reasons is probably that many people know of Mike’s work from the Hellboy movies (they were certainly my introduction), this collection delves deeper into the organisation behind the big fella and explores what the world as a whole is like in the Mignolaverse. 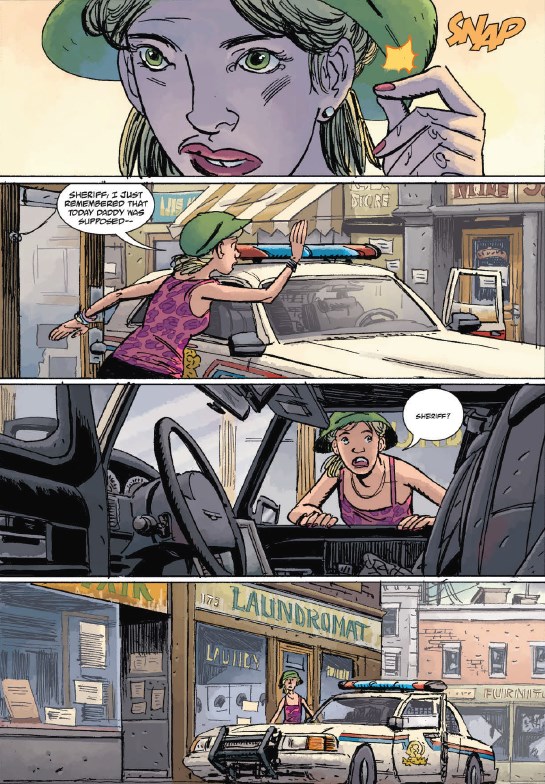