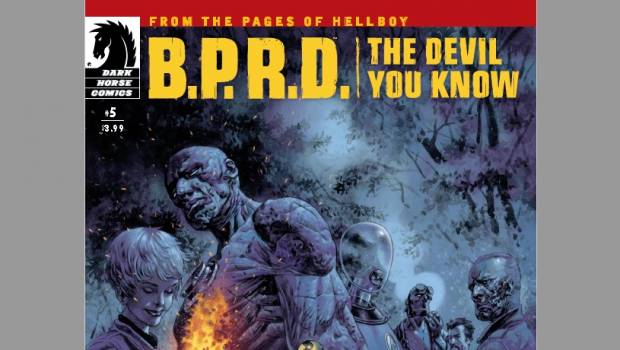 I can imagine it would be very hard to write a comic series for so long and then come to a story arc that involves killing off some of your established characters. The aftermath of that, how it affects the writer and the world their characters live in. The Devil You Know story arc covers a lot of that ground and this particular edition features a return to the demolished headquarters where Kate died. But just as there is no rest for the wicked… there is also, it would seem, no rest for those hard working members of the B.P.R.D.. 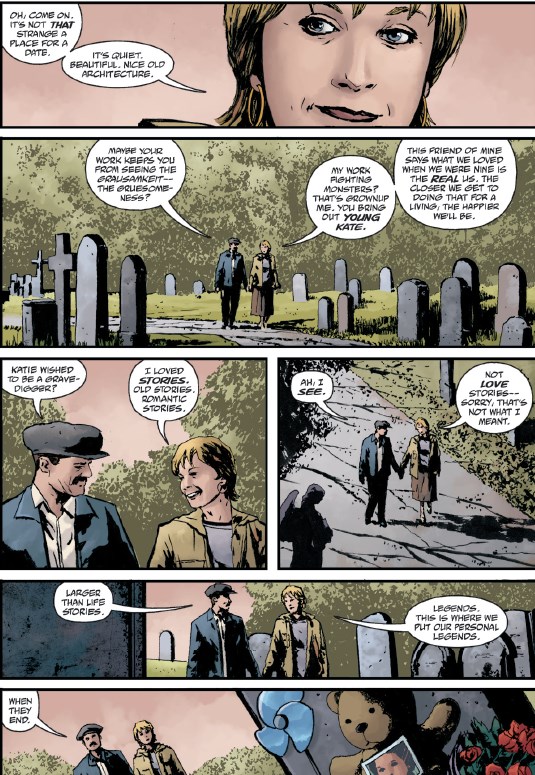 As mentioned, it must be hard to write a world in which some of your characters have been killed off… how long do you focus on their death, how much of an impact has their death had on the rest of the characters. These are things plenty of stories deal with… but in The Devil You Know there just seems to be an air of doom or despair lingering about. One major enemy has been defeated but it just seems to have sprung up new enemies that may even surpass the old in threat level. Members have gone but there isn’t really time to mourn them. There’s a lot of emotion here directly and indirectly. You almost hate to see what those who are left fighting will be thrown up against next… though you certainly get a glimpse at just what is installed for them in this issue. 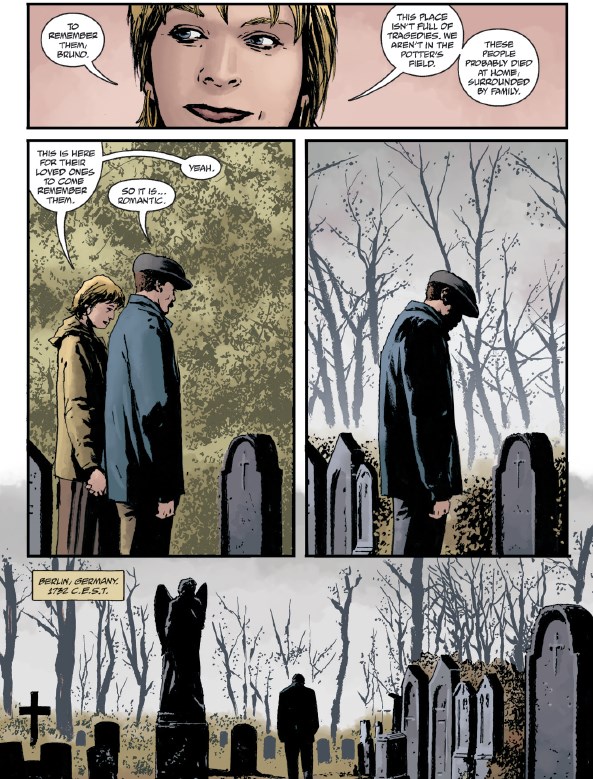 The art style here is one that makes me think of photographic images being used as the reference and then being drawn on top of to bring out the key details, the colouring then sticks to that somewhat minimalist approach and keeps the palette simple throwing in a few highlights and lowlights here and there to give enough depth to keep the images “alive” but not over doing anything. I don’t know whether that’s just big credit to Laurence Campbell as an artist for drawing out those key points from thin air or if the approach I mentioned is close to the one actually used but either way, in combination with Dave Stewart’s colouring it has a feel that is both familiar and strange which works very well for this off kilter version of our world. 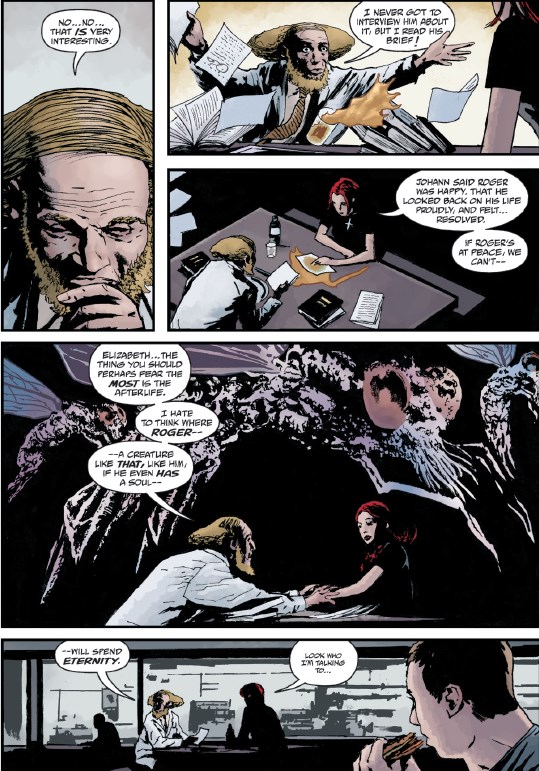 I both look forward to and dread to think of where this arc is going. To have the B.P.R.D. so stretched to it’s limits but with no chance to even catch their breath. Each new mission is just as dangerous as the last, if not more so. I suspect there may be a lot more emotional ups and downs to come. Who will be left standing and who may yet fall in the fight for our world is yet to be seen. 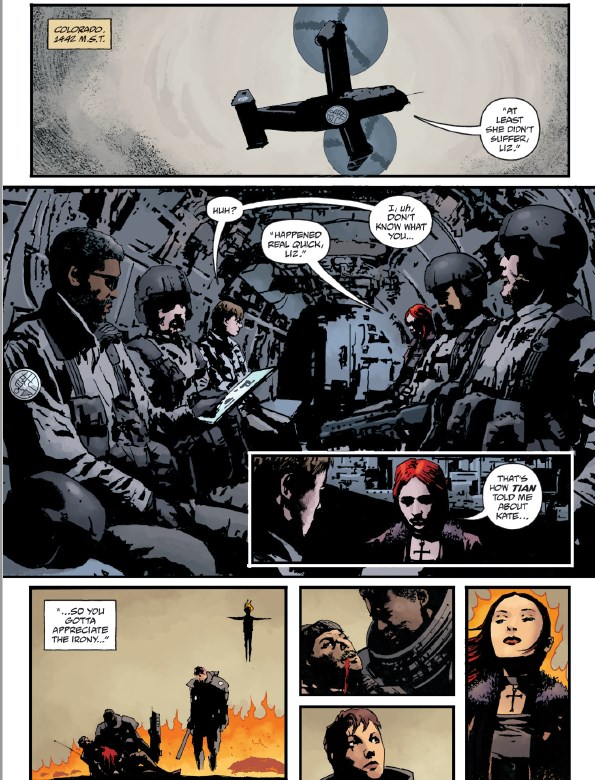