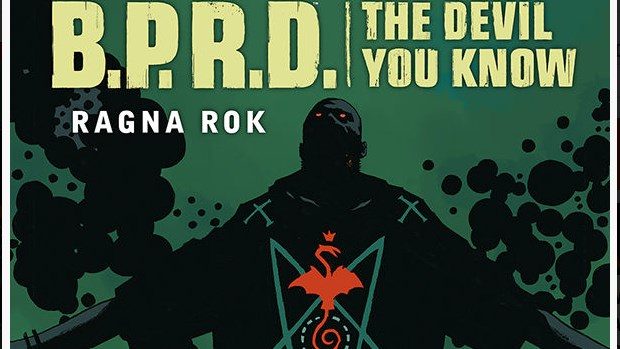 Summary: 15 years has lead us here... it's bitter sweet but an essential read. Maybe have the tissues ready.

Wow! I’m not really sure how I’m going to write this… fifteen years of B.P.R.D. comics have brought us here and it’s a tough place to be. If you’ve been following Better The Devil You Know, then you have some idea of what you can expect… but until you read the story there’s a sort of Schrodinger’s cat of possible ways it will end.

I really don’t know what I can write here… I don’t want to spoil any of what is within and it’s such a dramatic story… an important part of the whole Mignolaverse. I guess it would be ok to say that the revelations about Varvara’s beginnings really help give her context and depth. The bookends of sorts of this story help bring it all together and enhances that sense of grandeur.

I can only imagine what an honour it would have been to work on this story. Laurence Campbell and Dave Stewart have infused their work with the world of Hellboy and the B.P.R.D. so much over the years and it’s lovely to have them here at this end of it all. From the smallest moment, the slightest expression on a face to the epic silhouetted battles among the cities Laurence and Dave bring us the images that form the closing of this chapter of B.P.R.D.s existence.

Seriously… have some tissues with you for this one. I mean even saying that, I may be giving too much away… but just do me a favour and have the tissues ready. For any other story arc that has been an emotional rollercoaster… this is that rollercoaster seemingly stuck, upsidedown at the highest point… panic sets in… then it hurls you towards the end, your heart never having a chance to dislodge from your mouth. It’s a gut punch that may well hurt but feels so worthwhile for the experience required to take it.