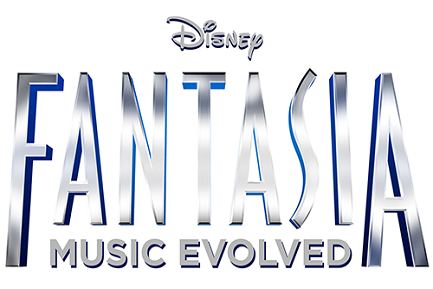 MELBOURNE, Aust. — (October 23, 2014) Disney Interactive and Harmonix today announced that “Disney Fantasia: Music Evolved,” a breakthrough musical motion game, is now available at retailers across Australia for a suggested retail price of $69.95 for Xbox One, the all-in-one games and entertainment system from Microsoft, and for a suggested retail price of $59.95 for Kinect for Xbox 360, and is rated PG for mild themes and online interactivity.

Now, get a behind-the-scenes look into the making of “Disney Fantasia: Music Evolved” with these newly released, exclusive videos about the animation, design, history, archives and more with the creators of the game: https://www.youtube.com/playlist?list=PLJAfkY7eGVnvOPxorWIfi4rK4NSSUSQnP.

Below is the complete soundtrack for “Disney Fantasia: Music Evolved”:

Additionally, fans can purchase the game on either platform digitally and for $5.35 each receive Pop, Rock and Dance mix packs, which allow apprentices to create more remixes and further customise songs from the game’s core soundtrack. The Deluxe Digital Xbox One version of the game is also available for $119.70, and includes all of the mix packs, as well as the DLC featuring an additional 18 songs from popular artists like Skrillex, Demi Lovato, Coldplay, The Cure, OneRepublic and more!