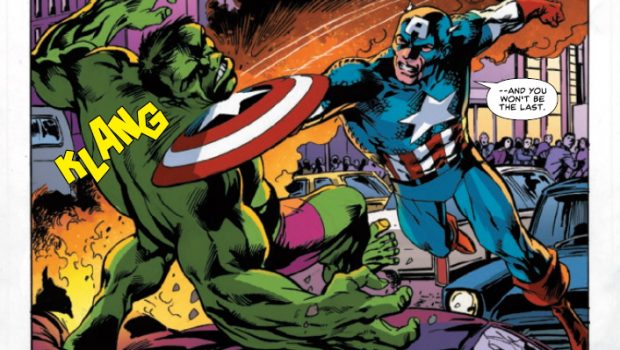 Summary: A fun story introducing a major villian that may or may not have any bearing on the new Marvel movie but is still fun enough.

Thor, Iron Man, Captain America, Giant-Man & the Wasp find themselves in New York after defeating a robotic clone of Spider Man sent by Kang the Conqueror only to find the Hulk starting to attack them and he will is able to be reasoned with even less than normal.  Can Avengers solve the mystery and stop the Hulk before he destroys New York?

What drew me to this one originally was the retro style cover and it does carry through to the artwork in the issue even though the time period that the story is set in seems to be neither here nor there. Kang the Conqueror makes reference to it being sometime in the 20th century but that hardly narrows it down.

Not sure if this is in any way related to the new Ant Man movie coming out or it is merely a background story but it is entertaining enough just on its own and you don’t have to do any extra research to work out what is going on.

Well worth a look if you are a fan of any of these characters and want a fun story. 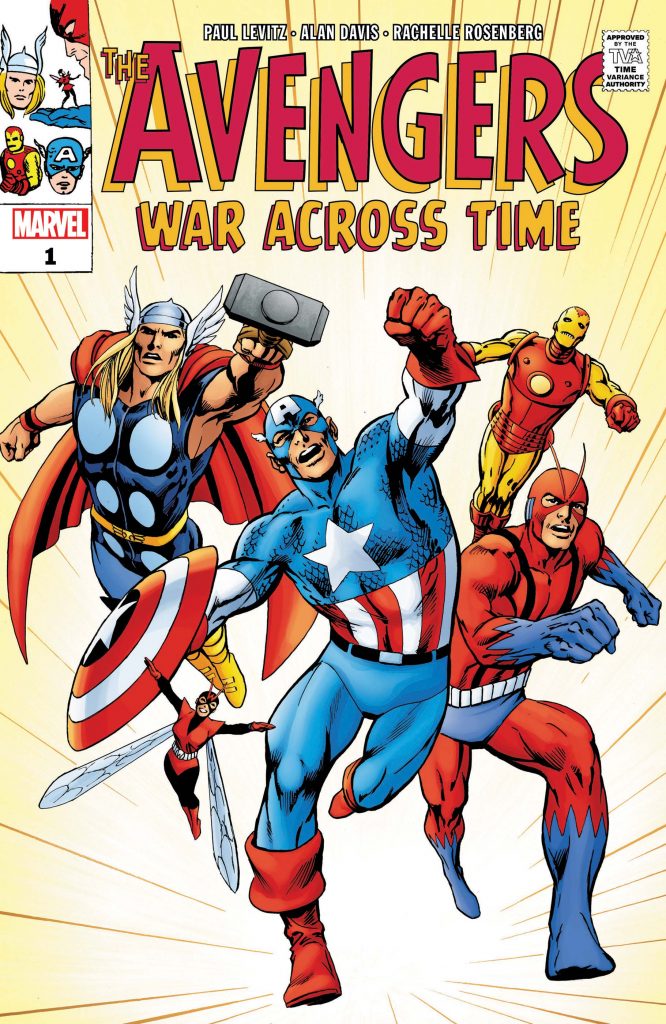