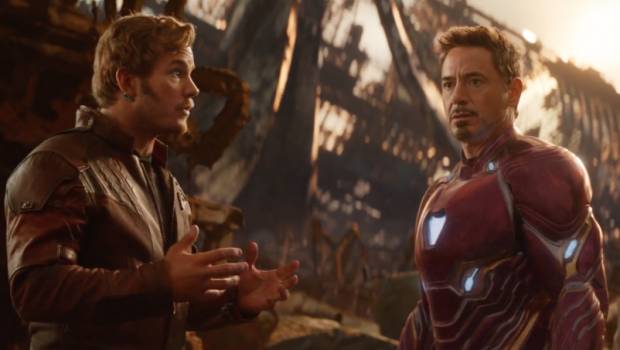 LIVESTREAM Q&A FROM LA WITH DIRECTORS JOE AND ANTHONY RUSSO

Fans can take part in the ‘Avengers: Infinity War’ activations including trying on the Hasbro Infinity Gauntlet. On top of that, once you book your tickets, you also have the chance to submit a question to be answered by the Russo Brothers on the day.

WHAT:            The event will feature a livestream Q&A with the film’s directors, the Russo brothers, and each ticket includes a commemorative ticket, collectable medallion, and a poster

While “Avengers: Infinity War” has been 10 years in the making, selecting the greatest ensemble of Super Hero characters for the film fell squarely into the laps of directors Anthony and Joe Russo, who were tapped by Kevin Feige to helm the studio’s biggest film to date.

“We started a story in ‘Captain America: The Winter Soldier’ that we wanted to finish in these two films. It is a story that consumes the entire Marvel universe, and it has one overarching theme to it, which is ‘What does it cost to be a hero in a world where there are no easy answers?’

That is the theme that ties together ‘The Winter Soldier,’ ‘Civil War,’ ‘Avengers: Infinity War’ and the next ‘Avengers.’

So, what we were looking to bring to this film is the next chapter in the journey of the Avengers as they struggle to define themselves as heroes and what it means to be a hero.”

Tickets available for purchase with these links below: