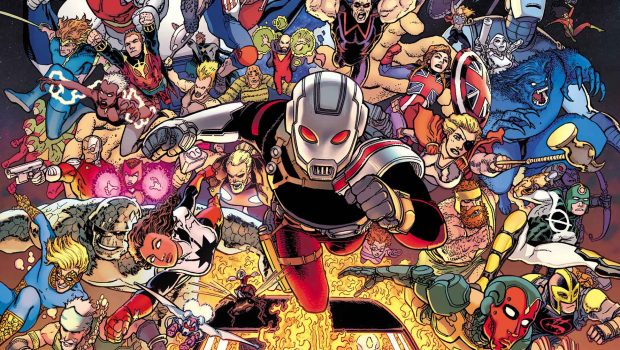 AVENGERS FROM ACROSS THE MULTIVERSE ASSEMBLE IN JASON AARON AND AARON KUDER’S AVENGERS FOREVER!

This December, prepare to enter the ever-fascinating and unpredictable Marvel Comics multiverse in AVENGERS FOREVER. Announced last week, AVENGERS FOREVER will be a new ongoing Avengers series from two of today’s most outstanding super hero masterminds: writer Jason Aaron and artist Aaron Kuder.  Spinning out of the cataclysmic events of AVENGERS #750 and operating in lockstep with Jason Aaron’s prime AVENGERS series, this latest great Avengers epic will feature the Mightiest Heroes of every Earth as they assemble for one of the greatest battles the Marvel Universe has ever witnessed. Throughout this saga , fans can expect appearances by fan-favorite characters from across the multiverse such as Captain Carter, America Chavez, Starhawk and more along with brand-new reimagined heroes like the Invincible Ant-Man that will take the world by storm! 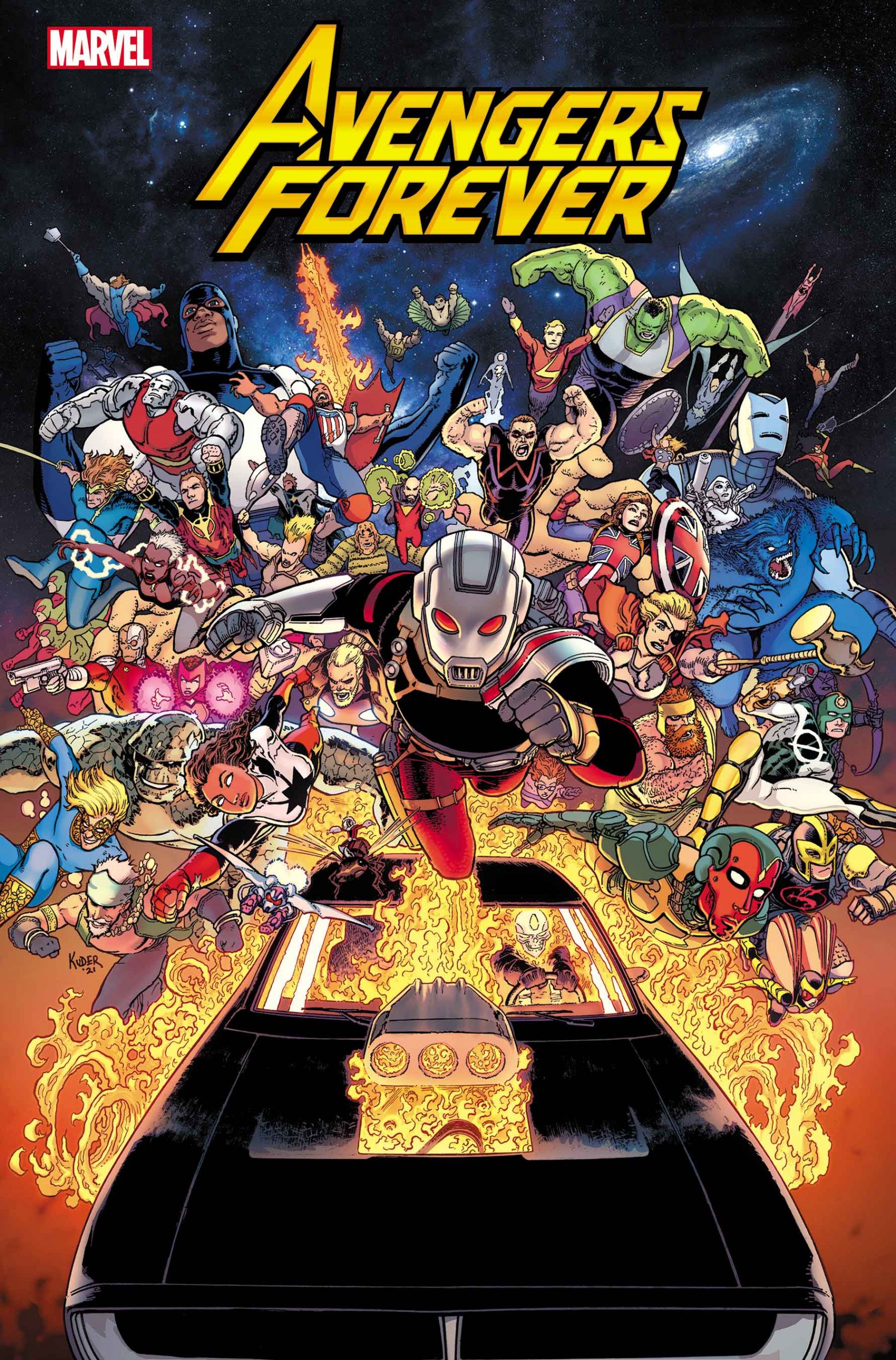 It begins with a quest for cosmic vengeance. Ghost Rider finds himself roaring through the wasteland on a ruined Earth, where the great age of heroes never came to be, where hope is a four-letter word and where his only ally in the coming battle against the greatest villains any universe has ever seen is the world’s most wanted archaeologist, Tony Stark…the Invincible Ant-Man.

“AVENGERS #50 lights the fire. AVENGERS FOREVER is the explosion that follows,” Jason Aaron explained. “A slam bang supernova of a megabomb that sends shockwaves across all of reality, to earth after earth that’s been defaced by the new Multiversal Masters of Evil, to the ruins of Asgard at the end of time, to an Avengers Tower that sits atop a bedrock of fallen gods at Infinity’s End. Along the way, we meet some new versions of Avengers we know, as well as witness the return of some dear old friends, in a series that will swing for the fences with each and every issue, as the Mightiest Heroes of all the Earths in the heavens look to assemble as never before.”

“Completely stoked to be working on Avengers Forever… In space no one can hear you scream. In alternate realities, no one can tell you ‘that doesn’t fit with continuity,’” Kuder said. “It is a huge blast to work together on this with Jason. The over-the-top nature of this, the craziness of the scope… that is, in my opinion, one of Jason’s strongest storytelling flexes. This is going to be a blast for anyone on this ride.”