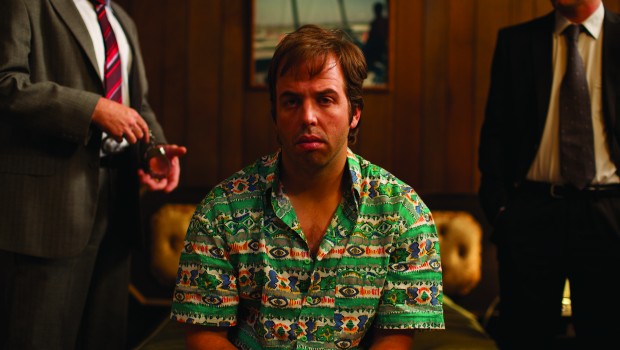 Entertainment One and THE MULE filmmakers are thrilled with the results of their decision to release THE MULE first to digital on November 21, followed by Blu-Ray, DVD and digital rental on December 3 in Australia.

This strategy, which allows the film to be seen immediately on any device, at any time, saw THE MULE open in, and maintain, the #1 position on the iTunes charts in the Independent genre. It is currently the iTunes #2 Thriller, #2 Drama and #4 Comedy, and ranked #8 on the iTunes charts against all films on store, in the company of a number of heavyweight blockbusters.

THE MULE DVD and Blu-Ray has also received significant support and engagement from retail and rental partners. It has shipped close to 11,000 units three weeks out from Christmas, a time of year dominated by blockbusters.

Along with a national marketing campaign, the local release of THE MULE was supported with a Sydney and Melbourne publicity tour, which included screenings and public Q&A sessions. Events for the film extended to a world first virtual premiere; an experience for fans to join the filmmakers, cast, as well as their international guests, in communal movie-watching and live tweeting. Fans from around the globe pressed play on Sunday 7 December at 3pm EST simultaneously with Angus Sampson, Leigh Whannell, Ewen Leslie, John Noble, Georgina Haig and Chris Pang, resulting in #TheMuleLive trending as the 4th highest topic Australia wide on Twitter, where it continued to trend for 90 minutes.

Louise Balletti, Head of Digital at Entertainment One said “Results for THE MULE are on target with our forecast for our elevated campaign. We are thrilled that people have engaged in this new way, and we’re very pleased with the outcome”.

Australian critics have embraced THE MULE; including 4 stars from Margaret Pomeranz (At The Movies) calling it “savvy, funny, and at times vicious… a tense, well-acted and very original thriller”, 3.5 stars from Leigh Paatsch (News Limited) stating “The Mule never buckles under the weight it must carry” and 4 stars from Luke Buckmaster (The Guardian) labeling it “fiendishly smart and entertaining comedy”.

THE MULE is available now on Blu-Ray, DVD and Digital Download in Australia and New Zealand. The film is also available digitally in USA and Canada.

ABOUT THE MULE:
Directed by Angus Sampson and Tony Mahony, THE MULE is a darkly comic ride through crime, corruption and one man’s ability to defy his bodily functions. Penned by Leigh Whannell (Saw, Insidious), Angus Sampson and Jaime Browne, it stars Hugo Weaving alongside Sampson and Whannell, plus an ensemble cast including Ewen Leslie, Geoff Morrell, Georgina Haig, Noni Hazlehurst and John Noble.