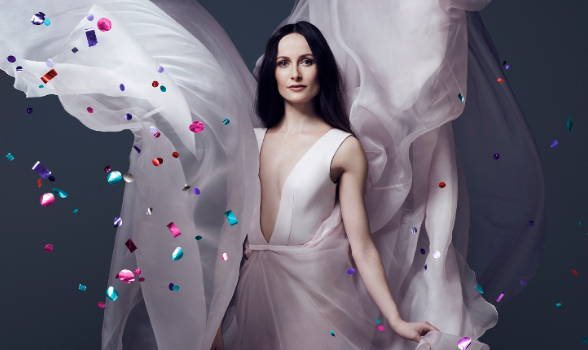 The Australian Ballet reveals a season of wonderment for 2017

The Australian Ballet’s Artistic Director David McAllister and Executive Director Libby Christie today announced the 2017 program. Combining outstanding classic and contemporary works, the season showcases the artistry of dance with story ballets Alice’s Adventures in Wonderland©, The Sleeping Beauty and Nutcracker – The Story of Clara, and inspires awe with Faster and Symphony in C.

Artistic Director of The Australian Ballet David McAllister said, “It’s a season defined by exquisite performance and the adventures of three extraordinary women; we fall down the rabbit hole with Alice in Christopher Wheeldon’s Alice’s Adventures in Wonderland©, we follow the life of a Russian ballerina who arrives in Australia in Graeme Murphy’s Nutcracker – The Story of Clara, and then Princess Aurora leads a cast of fairytale characters as she searches for her Prince in The Sleeping Beauty.

“We also delve into the bold world of pure physical expression, giving our world-class dancers the chance to test the very limits of human movement, with our contemporary season Faster. Its classical counterpoint is Symphony in C, which sits alongside works by some of our most talented young choreographers.”

Executive Director of The Australian Ballet Libby Christie said, “In addition to our mainstage season, in 2017 we will tour to regional centres, offer our children’s Storytime Ballet seasons in school holidays, deliver our community engagement and outreach programs and perform a free outdoor event – Ballet Under the Stars – in Sydney’s West. Due to the closure of the Joan Sutherland Theatre at the Sydney Opera House in the second half of 2017, we will be performing at the beautiful Capitol Theatre in November and December 2017. The Capitol Theatre is a wonderful venue to showcase The Sleeping Beauty and Alice’s Adventures in Wonderland©, two spectacular productions which are sure to thrill existing and new Sydney audiences. It’s an ambitious year which promises to delight our existing patrons and attract new audiences to this very popular artform.”

2017 begins with the return of the first full-length work created by Artistic Director of The Australian Ballet David McAllister. His opulent production of The Sleeping Beauty  was met with wide acclaim and sell-out seasons on its debut in Melbourne, Sydney and Perth in 2015. The story of Princess Aurora is brought masterfully to life with dazzling set and costume designs by the internationally renowned theatre designer Gabriela Tylesova, and danced to Tchaikovsky’s iconic score. The Sleeping Beauty makes its Brisbane debut in February, followed by encore seasons in Melbourne in June, and Sydney in November.

Faster is the 2017 season contemporary triple bill, showcasing the stamina and technique of the dancers through the creative vision of three of the world’s leading choreographers. The titular piece by David Bintley is an Olympics-inspired work charting the exultant highs and devastating lows of elite athletes, accompanied by an energetic score from Australian composer Matthew Hindson. A new work by Wayne McGregor has its Australian premiere with a commissioned score by Steve Reich complementing boundary-pushing choreography. Resident choreographer with The Australian Ballet Tim Harbour reunites with architect Kelvin Ho and lighting designer Benjamin Cisterne, the team behind 2015’s explosive hit Filigree and Shadow, to create a brand new work for this season. Faster opens in Melbourne in March and Sydney in April.

Celebrating its 25th birthday in 2017, Graeme Murphy’s Nutcracker – The Story of Clara is a heartfelt tale of love, loss and lifelong passion. A radical retelling, this ballet was hailed as a masterpiece when Murphy created it for The Australian Ballet in 1992. It tells the story of an elderly Russian emigrant and former prima ballerina, dreaming of the triumphs and challenges of her youth, one hot Christmas Eve in Melbourne. Dreamlike set and costume designs by Kristian Fredrikson reveal Clara’s world in full colour. Tchaikovsky’s much-loved music underscores her journey. Nutcracker – The Story of Clara opens in Sydney in May, then Melbourne in June.

George Balanchine’s Symphony in C is the title work of a double bill showcasing the grace and elegance of classical dance with modern speed and a touch of Hollywood pizazz. This exuberant work, set to a score by George Bizet, is paired with a gala line-up of shorter pieces; a smorgasbord of delectable ballet moments. Following a critically acclaimed 2016 season in Sydney, this year Symphony in C comes exclusively to Melbourne, giving Victorians the chance to see new works by rising choreographic stars from within the company ranks, Richard House and Alice Topp. Symphony in C opens in Melbourne in August.

The Australian Ballet completes its 2017 season with the Australian premiere of the ultimate tale of wonder, Alice’s Adventures in Wonderland©. This new production by one of the world’s greatest living choreographers, Christopher Wheeldon brings Lewis Carroll’s classic story to the stage in magnificent detail, blending the spectacle of Broadway with his rigorous ballet style. Designer Bob Crowley conjures a breathtaking wonderland with inventive elements including puppetry, optical illusion, immersive digital projections, countless wigs and masks, and intricately detailed and vibrant costumes. A sweeping theatrical score by Joby Talbot adds to the wit and vivacity of this spectacular production. Alice’s Adventures in Wonderland© is the final act in The Australian Ballet’s year of wonderment, playing in Melbourne in September and Sydney in December.