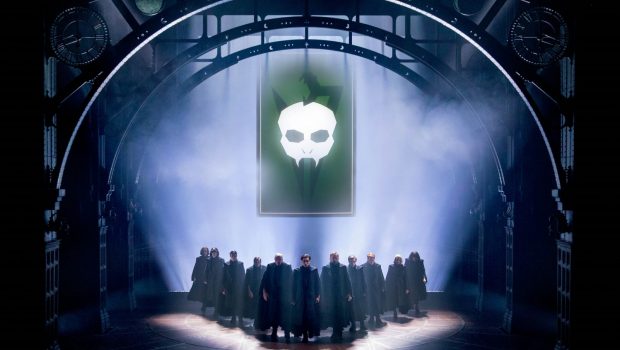 The multi-award-winning theatrical event had a full house of 1,400 theatregoers on their feet in raptuous applause at the end of the two part production.

Melbourne is the third city worldwide to welcome Harry Potter and the Cursed Child – the first in the southern hemisphere and the only city in the region that will host the production.

Due to overwhelming demand the current booking period will be extended and a new block of tickets will go on sale to the general public at 11am this Tuesday February 26 for performances up until and including Sunday Februay 2, 2020.

Harry Potter and the Cursed Child is the most awarded play in theatre history. It has won 24 major theatre awards in the UK and 25 in the US. It opened in London in July 2016 winning a record-breaking nine Olivier Awards including Best New Play and Best Director and made its Broadway premiere in April 2018 winning six Tony Awards including Best Play and Best Director of a Play.

How To See The Play
Harry Potter and the Cursed Child is one play presented in two parts. There are three options for how to see the play:
• Parts One and Two together on the same day or consecutive evenings (recommended)
• Parts One and Two separately on non-consecutive days
• Part One only or Part Two only
Performance Schedule
The regular performance schedule (excluding variations due to public holidays) will be:
Monday – no performance
Tuesday – no performance
Wednesday – 2:00 PM Part One & 7:30 PM Part Two
Thursday – 7:30 PM Part One
Friday – 7:30 PM Part Two
Saturday – 2:00 PM Part One & 7:30 PM Part Two
Sunday – 2:00 PM Part One & 7:30 PM Part Two
Ticket Prices
From $65 per Part.* For every performance there will be more than 200 tickets priced at $65 or less. *Plus $9.75 Ticketmaster Handling Fee per transaction. A delivery fee may apply depending on the mode of delivery selected. Ticket Purchase Limit
There is a strict ticket limit per transaction of 6 tickets per person, per part. This means that 6 people can attend Parts One and Two.
Friday Forty Each week, 40 tickets for every performance the following week will be released via TodayTix for some of the very best seats in the theatre at $40 per part, per ticket ($80 total). These tickets are known as ‘The Friday Forty’. Visit harrypottertheplay.com/au/the-friday-forty/ or TodayTix for more info.