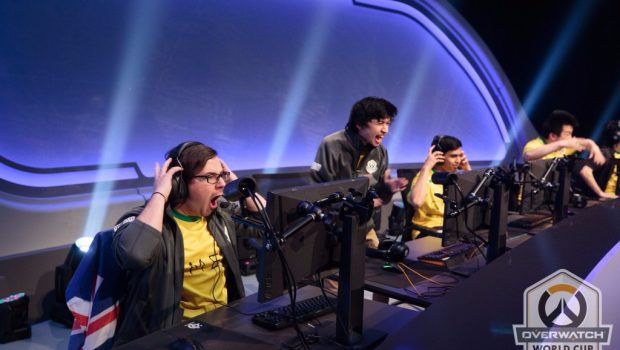 Australia achieved dominant victories over Italy (4-0) and Portugal (4-0) in the preliminary rounds, before losing to Sweden (3-1). The home side stepped up when it mattered most, closing out one of the tightest matches of the series so far, and defeating Japan 3-2 in a nail-biting sudden death finish during the playoffs. The match between Japan and Australia can be viewed in full on Twitch.tv.

Sweden, the highest ranked team participating at the Overwatch World Cup Group Stage: Sydney, also earned its place to attend the World Cup Finals. After a slow start against Portugal in its first match (2-2), the team went on to beat Italy (4-0) and Australia (3-1), before reigning victorious in a clean sweep over Spain in the playoff showdown (3-0).