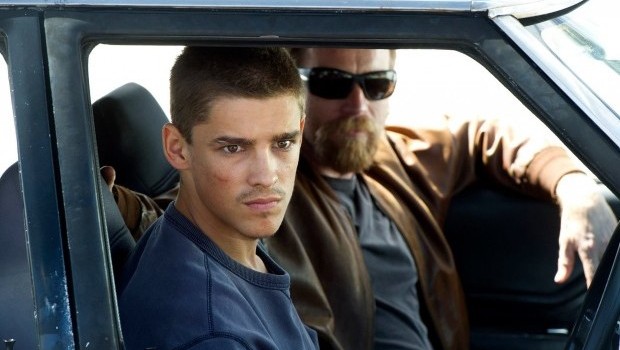 SON OF A GUN is the debut feature of award-winning Australian director Julius Avery (Jerrycan). A smart edge-of-your-seat heist thriller starring Ewan McGregor (Salmon Fishing in the Yemen, The Impossible), and talented newcomer Brenton Thwaites (The Giver, Maleficent), SON OF A GUN will screen in Official Competition at this year’s BFI London Film Festival. This also marks the film’s International Premiere.

Of his film screening at the festival, Avery said, “it is such a proud and exciting moment for everyone involved in SON OF A GUN to be in official competition at a festival as historic and respected as the BFI London Film Festival.”

SON OF A GUN tells the story of a young man who is drawn into the lawless world of a notorious criminal. Serving six months for a minor offence, 19-year-old JR (Thwaites) quickly learns the harsh realities of prison life. After a chance encounter, he finds himself under the watchful eye of the enigmatic Brendan Lynch (McGregor), a calculating crime boss with extensive connections both inside and out. In exchange for protection, JR becomes apprentice to Lynch, and upon release he must orchestrate Lynch’s daring prison escape.

Rewarded for his involvement and with a taste for the high life, JR joins the crew on their next job – a high stakes heist that promises to deliver millions. As he gets sucked deeper into Lynch’s criminal underworld, a tangled, co-dependent relationship develops. While planning the heist, he begins to suspect he is being played. Unsure of whom to trust, JR soon finds himself on a collision course with his mentor in a very dangerous game.

Entertainment One Australia will release SON OF A GUN in cinemas nationally on October 16, 2014.