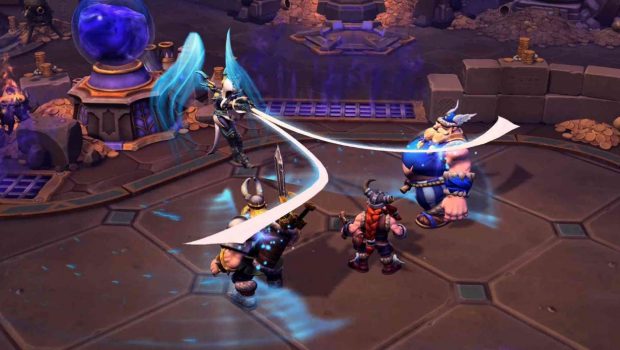 Auriel is Coming to the Heroes of the Storm!

The Nexus is preparing to welcome another new Heroes of the Storm character to the fight. Archangel Auriel, from the Diablo universe, joins the Public Test Realm (PTR) from next Wednesday, 3 August. Her eternal light illuminates even the darkest souls, and she is a mediator, a counselor, and when the need arises, a fearless warrior.

Auriel brings to the battlefield basic abilities such as Sacred Sweep, covering an extensive area with sacred power, and dealing 80 damage to enemies, as well as an additional 160 damage to foes caught in its centre. Ray of Heaven allows her to heal allied Heroes for the same amount of energy she has consumed, while her Heroic ability, Resurrect, sees her channel the spirit of a dead ally, bringing them back to life with 50% of their maximum health at the location of where they fell in combat. Auriel brings a wealth of new powers and strategy to Heroes of the Storm, and will be an integral option worth exploring, for any team trying to triumph against their opponents.

To find out more about our new Archangel, check out the Auriel trailer below.