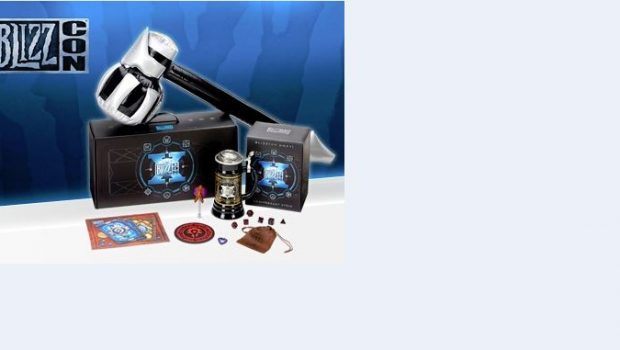 Attend BlizzCon 2016 From Anywhere with the Virtual Ticket

Sydney, Australia—July 26, 2016—The most epic Blizzard event of the year kicks off on November 4 PDT in Anaheim, California at the 10th BlizzCon, where gamers from around the world will be gathering with Blizzard to celebrate 25 years of games, community, and fun. Even if you can’t make it in person, you can still join the excitement from home with the BlizzCon Virtual Ticket—available to order now at www.blizzcon.com.

Taking place November 4 and 5 PDT (November 5–6 AEDT) at the Anaheim Convention Center, BlizzCon is a two-day celebration of Blizzard’s game universes and the global player communities that bring them to life. The BlizzCon Virtual Ticket provides comprehensive live HD coverage of the show on two online channels, giving gamers at home a front-row seat to the developer panels, contests, and other activities at the show.

“It’s incredible to think that we’re getting ready for our tenth BlizzCon,” said Mike Morhaime, CEO and cofounder of Blizzard Entertainment. “We can’t wait to celebrate this epic milestone—and Blizzard’s 25-year anniversary—together with everyone joining us in person and watching from home with the Virtual Ticket. We’ll have more live games than ever at this year’s show, and we look forward to sharing our newest content, celebrating our players’ creativity, and witnessing some incredible esports competition this November.”

The Virtual Ticket also includes a variety of commemorative bonuses to help keep the celebration rolling even after the weekend’s over:

Even if you don’t purchase a Virtual Ticket, you’ll still be able to catch plenty of BlizzCon action online free. Coverage of the opening ceremony and the esports tournaments taking place at BlizzCon—including the Global Finals for the 2016 StarCraft II World Championship Series, World of Warcraft Arena World Championship, Hearthstone World Championship, Heroes of the Storm Fall Championship, and more—will be streamed free in HD at www.blizzcon.com. Stay tuned for more information, including complete programming details.

More information on BlizzCon 2016 and the Virtual Ticket can be found at www.blizzcon.com.