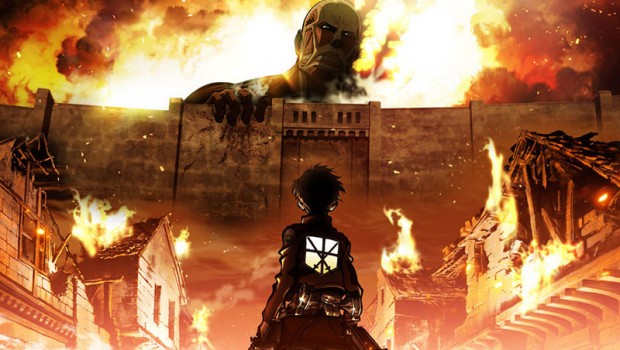 Summary: Attack on Titan is a powerfully entertaining anime release from Madman that is like watching a blockbuster movie explode in Manga goodness.

From the director of Death Note comes Attack on Titan which is about a story when Earth was invaded by the dreaded titans, man-eating giants who threatened to tear the world apart. With the future of humanity in question, mankind created a giant walls to keep the titans out which successfully kept their race alive. However almost a century later, a Titan has managed to break through one of the massive walls and unleash a chaos never experienced by the current generation of man. 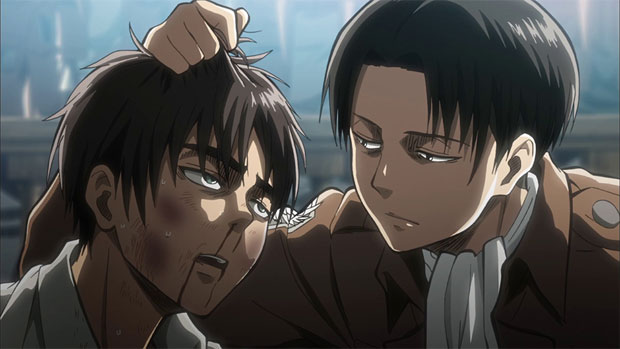 The protagonist of Attack on Titan is Eren Jaeger whose life was relatively peaceful before the dreaded breach of the wall but even he knew that this “peace” would never last. As a result, Eren’s mother was slaughtered by one of the Titans which forever changed his destiny. His love for his mother has now been replaced with hate and a fuel for vengeance against every last Titan on Earth.

As Eren, his best friend Armin and his adopted sister Mikasa enlist into the last battalion of man’s defence, he is given the skills and techniques needed to take down these colossal titans as they use steam powered grappling hooks to launch themselves onto the bodies of these gigantic creatures. I love how the creators have injected Steam Punk into this dark story of hope.

The goal for this trio is joining the Survey Corps who wish to bring the battle to the Titans themselves opposed to their walled towns and they may have the very weapon needed to win the war. These attacks often end in death but unlike the other warriors who have fought the Titans, Eren is more than just your average young man. The story of Attack on Titan is filled with hope and despair with lots of over the top action with truly epic battles. From the very first episode, you’ll be glued to the screen as you follow Eren and his friends. 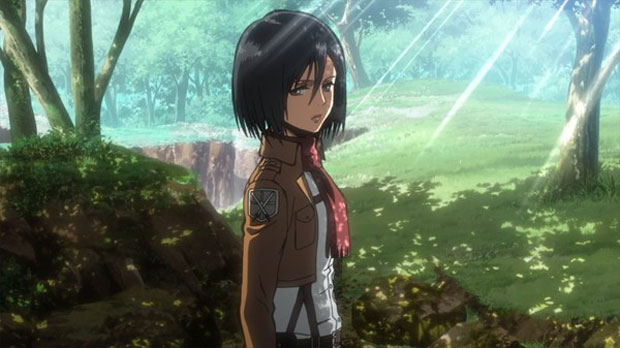 Attack on Titan also boasts some great characterisation, especially with the motivation and emotions behind the trio, however like Naruto, the series does suffer from some noticeable pacing issues, especially when it recaps what has happened in past episodes. With that said, I did like the flashbacks used to help progress not just the story but also the characters themselves, especially Mikasa.  I also wished the creators delved more into the origin of the titans themselves but even so, it is still an interesting mystery left open. 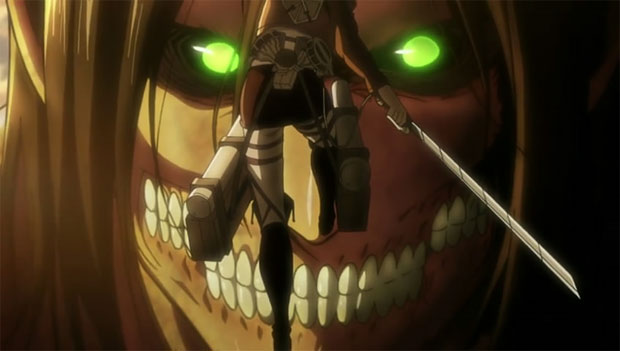 The animation of Attack on Titan is quite impressive, especially its stylistic animation techniques that makes the titans look extremely creepy. Add in sharp images and vibrant colours and Attack on Titan is almost a first class presentation on Blu-ray. Audio is equally as good with its Dolby Digital 5.1 track that boasts good levels and a pumping soundtrack. There is also a wealth of special features that include the following fun additions;

Attack on Titan is a powerfully entertaining anime release from Madman that is like watching a blockbuster movie explode in Manga goodness. The series is also quite graphic at times, especially the violence which part of this Dystopian world. But fear not, Eren may be the key to victory and just when you think things have settled down, Attack on Titan will leave you wanting more… especially the ending!