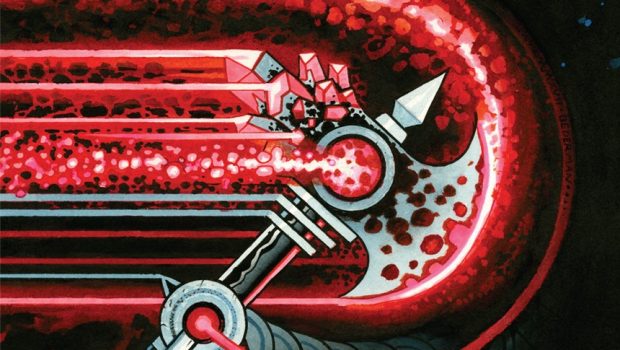 “ATOMAHAWK” TO BE COLLECTED INTO DELUXE EDITION FROM IMAGE COMICS!

Image Comics is pleased to announce that the fan-favorite story ATOMAHAWK by Donny Cates (GOD COUNTRY, REDNECK), Ian Bederman, and Taylor Esposito will be collected into a deluxe, full-color, oversized edition and available this October.

First serialized in Heavy Metal magazine, ATOMAHAWK is the out-of-this-world adventure of the Cyberzerker and his mighty Atomahawk. Readers will join them on their quest to free their imprisoned God.

“Atomahawk is what we call an ‘UNBREAKABLE STORY.’ Meaning anything can happen, and the story will remain in check, said Cates in an interview with Image+magazine. “Time travel? Sure! Alien Gladiator games set on a giant rotting Frankenstein body stranded in space? Why not? We have SO MANY badass and insane ideas to show you all. HE-MAN FRONTING IRON MAIDEN AS LEAD SINGER WITH THE VOLUME TURNED UP TO LSD!!!! It’s a lot of fun, folks!”

ATOMAHAWK #0 (Diamond Code AUG170545) will be available in stores on Wednesday, October 11th. The final order cutoff from retailers is Monday, September 18th. 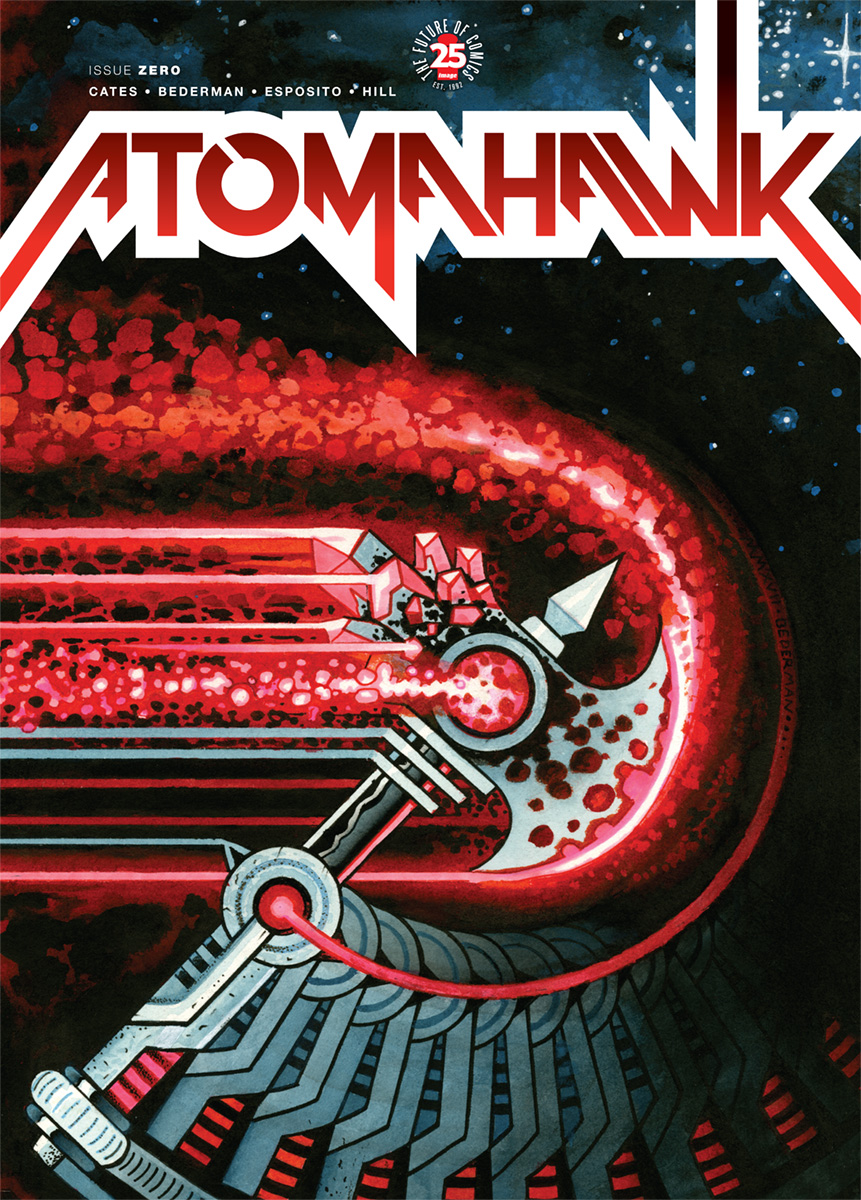