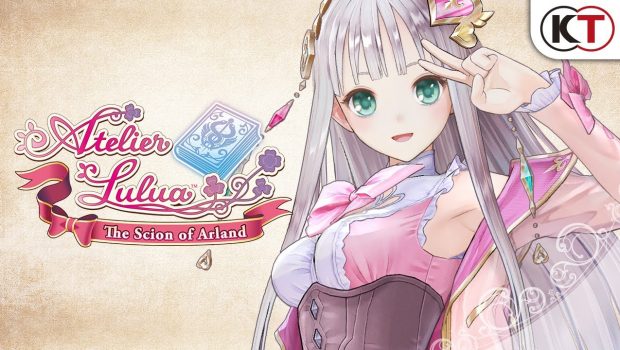 ATELIER LULUA: THE SCION OF ARLAND AVAILABLE THIS FRIDAY

KOEI TECMO Europe and GUST Studios is set to launch Atelier Lulua: The Scion of Arland this Friday, the 24th May 2019, for the Nintendo Switch™, PlayStation®4 computer entertainment system, and Windows PC via Steam®. The engaging role-playing game invites players on a magical journey across mythical Arland, as the young heroine, Lulua, sets out on an epic adventure in hopes of uncovering the secrets of the family’s homeland.

Atelier Lulua: The Scion of Arland continues the story of the fan-favourite Arland Trilogy, set several years after the happenings of the popular 2012 title: Atelier Meruru: The Apprentice of Arland. Fans familiar with the series will instantly be brought back to the nostalgic land they love through Lulua, the aspiring alchemist in training who discovers an ancient codex and awakens an ancient power within.

As Lulua sets out on her journey of discovery and alchemist knowledge, she must unravel the riddles of the codex, all the while attempting to master the basics of the Atelier series: exploration, synthesis, and battle. On her adventure, Lulua will  interact with a compelling cast of companions, with some familiar faces joining the line-up, including: the most renowned alchemist and mother of Lulua, Rorolina Frixell; the ex-apprentice of Rorona and influential alchemist, Totooria Helmold; keen adventurer and private guardian of Totori, Mimi Houllier Von Schwarzlang; and former knight turned chief of the ‘Guardian Force’, Sterkenburg Cranach. The characters come together to tell a story unique to the Atelier Universe, as Lulua embarks on a mission to fulfill her childhood dream of becoming a legendary alchemist and live up to the spells once cast by her mother.

For more information on Atelier Lulua: The Scion of Arland be sure to check out our official website http://www.ateliergames.eu/lulua/, Like us on www.facebook.com/ateliergames, and Follow us on Twitter @koeitecmoeurope for all the latest details.