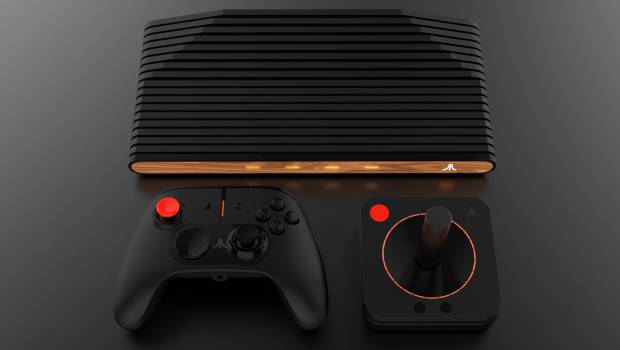 JUNE 26, 2018 – Atari® — one of the world’s most iconic consumer brands and interactive entertainment producers — today announced that game platform architecture expert Rob Wyatt and his Boulder, Colorado-based company Tin Giant, are officially joining the Atari VCS™ team. Wyatt, an expert in GPU Hardware and 3D graphics, has worked on everything from hardware design to graphics applications for a variety of well-known game systems and software platforms. While at Microsoft, Wyatt held roles on the development teams on DirectX and the Windows kernel before becoming the system architect of the original Xbox game console. Wyatt later contributed to the graphics systems of the PlayStation®3 before moving on to become the graphics architect at Magic Leap, an augmented reality startup. Along the way, he has also lent his expertise to many AAA video games and high-end movie special effects.

The Atari VCS is a completely new connected gaming and entertainment device slated to begin shipping in mid-2019. Atari has partnered with chipmaker AMD, who will provide the Atari VCS custom processor featuring Radeon Graphics Technology. The operating system of the Atari VCS is based on Linux, and the platform’s highly-anticipated open Sandbox will allow users to create and port additional content to personalize their experience.

“We have made a commitment to Atari fans to make the VCS the very best game and home entertainment platform it can be,” said Michael Arzt, Atari COO of Connected Devices. “After months of working with Rob and Tin Giant to define product requirements for the Atari VCS hardware and operating system, we are excited to finally and officially announce our partnership. Rob and his experienced team are working to squeeze every possible ounce of performance out of the Atari VCS hardware.”

“Who wouldn’t want to be part of bringing Atari back? From the moment the AMD team introduced me to Atari and the VCS project, I have been intrigued and inspired by the opportunity that it represents,” said Rob Wyatt, CEO of Tin Giant. “The unique open platform and modern approach that Atari is taking will let users enjoy a broad range of new and existing games and other entertainment, while also delivering some unique options to customize the platform to their own tastes by combining additional software and classic content all in one place.”

Retro-inspired, but not a “retro-box,” the Atari VCS will deliver a fully modern gaming and entertainment experience sure to delight the more than 11,000 backers who have enthusiastically supported the Atari VCS so far during its ongoing Indiegogo Pre-Sale; currently scheduled to end on June 29, 2018. Indiegogo backers and other future Atari VCS owners can plan to have access to a wide array of games, media and streaming content options when the hardware platform ships in mid-2019. Atari plans to make several more product development updates and announcements, along with new partnerships and agreements between now and the first shipments that will include game publishers and developers, product distribution plans, non-gaming content providers and much more. In addition, Atari endeavors to provide unscheduled work-in-progress product demonstrations in the future as they become practical.