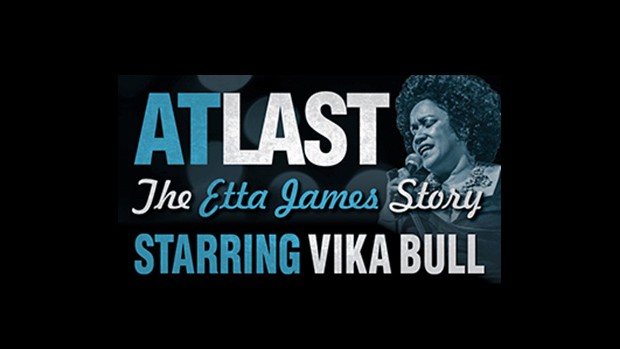 AT LAST – THE ETTA JAMES STORY

AT LAST – THE ETTA JAMES STORY

This incredible show saw its world premiere in Melbourne in 2013 and since then has toured all the capital cities in Australia (twice), completed two sold-out seasons at The Sydney Opera House and in November of 2014 rocked an enthralled Kiwi crowd at the prestigious Aotea Centre in Auckland, New Zealand.

In 2015 At Last – The Etta James Story embarked on an extensive tour of regional centres throughout Australia that proved so popular that the majority of shows sold-out weeks before opening.

Starring the sensational Vika Bull this smash-hit narrative concert tells the story of soul legend Etta James’ turbulent life and features some of her most beloved songs including ‘Tell Mama’, ‘Something’s Got A Hold On Me’, ‘Sugar On The Floor’, the heart rending ‘I’d Rather Go Blind’, her iconic signature song ‘At Last’ and many more.

Vika puts her heart, soul and funk into this unforgettable show and added to this is music director John McAll who, along with his sublime arrangements, has gathered together some of Australia’s finest musicians to make up The Essential R&B Band.

During a long and tumultuous career that saw her win six Grammy Awards and a star on The Hollywood Walk Of Fame, Etta James has influenced a vast array of artists from a variety of genres and musical styles including Diana Ross, Janis Joplin, Stevie Wonder, The Rolling Stones and Rod Stewart and is acknowledged as inspiring the careers of a new generation of singers from Christina Aguilera, Joss Stone, Adele and the late Amy Winehouse.

Sadly, Etta’s frantic recording and touring schedule coincided with her ever-growing addiction problems and over time she not only sang the blues…she lived the blues. Mercifully, her passion for life and strength of character saw her conquer her demons and she continued to record and perform into her seventies.

Etta James passed away on January 20th 2012 and though she has gone, her spirit lives on in her music and the legion of loyal fans that love her the world over.  With respect, this is her story.