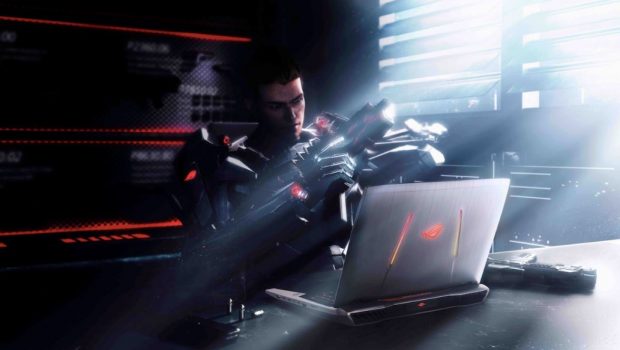 The GX800 is paired with an advanced version of its predecessor’s, the GX700, Hydro Overclocking System to give it the cooling performance required for extreme overclocking of both the processor and graphics cards.

An ROG-proprietary connection between the Hydro Overclocking System and the GX800 unit ensures coolant flows smoothly, without leaking. The coolant is pumped and circulated around the processor and graphics card, before it returns to the cooling module where two radiators help dissipate the heat. To cope with these demands, GX800 has two 330W power adapters.

The MechTAG keyboard has mechanical switches for positive clicks with 2.5mm of key travel distance for accurate, tactile keystrokes. It incorporates 100% anti-ghosting with 30-key rollover to ensure that multiple keystroke commands are correctly registered, even when 30 keys are pressed simultaneously. In addition, ROG Aura RGB LED effects allows gamers to configure different effects and colors for individual keys.

Powered and designed for immersive gaming

The ROG GX800 is available now in Australia from the ASUS Shop for $9,999AUD.

The ROG G701 is available now in Australia from the ASUS Shop and select channel partners for $4,999AUD.