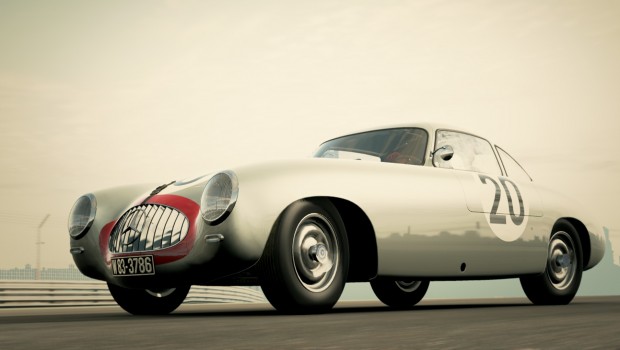 SYDNEY, 30TH September 2015 – Project CARS continues its commitment to deliver fresh new content and updates via its ON DEMAND programme today with the release of the Aston Martin Track Expansion featuring three legendary Aston Martin cars and an exciting new location to drive them on.

To celebrate the 40-year anniversary of their overall victory, Aston Martin returned to top-flight prototype racing at Le Mans in 2009, fielding the brand new Aston Martin DBR1-2. Built to the LMP1 class prototype rules, the DBR1-2 is a closed-cockpit race car, powered by the company’s proven 6-liter V12 engine. The DBR1-2 did not only hold up well at Le Mans, it also helped the team clinch the 2009 Le Mans Series Championships, driven by elite sports car racing aces such as Darren Turner, Stefan Mücke & Tomas Enge.

The Vantage is Aston Martin’s current choice for competition in the ultra-competitive GTE sports car racing class. Powered by an all-aluminium 4.5 liter V8 engine, the Vantage is battling for glory against some of the world’s most prestigious sports cars.Competing in the world’s premier GT racing class, the Vantage is packed with the latest racing technology including fully adjustable double wishbone suspension, lightweight bodyparts made of carbon & CFK and a fully-adjustable rear-wing.The Vantage GTE has clinched countless poles, podiums, wins and fastest laps in sports car races around the globe, including classics such as the Le Mans 24 Hours and the Sebring 12 Hours.

Both the Aston Martin Vantage GTE and DBR 1-2 can be used in career with brand-new contracts that further expand your possibilities, whilst all three receive exciting new invitational events to try them out.And as if that wasn’t enough, all players will additionally be able to get behind the wheel of their next Free Car – the iconic 1952 Mercedes 300SL (W194) – and grab the third pack of Community Liveries that includes five real-life Zakspeed Capri Group 5 designs as well as the official Project CARS SMS-R livery sported in real-life by the Marc Cars Australia team in the International Endurance Series.

PROJECT CARS ON DEMAND is our commitment to keeping Project CARS up-to-date with the greatest, freshest, and most critical content whilst also allowing players to pick and choose the cars & tracks they want – without being locked into a pre-paid scheme. With continual Feature Updates addressing items identified by the community and introducing new functionality, exciting Free Cars and beautiful Community-created Liveries, and a variety of themed Car Packs and Track Expansions, Project CARS is built for the future and continues to be a growing and evolving experience throughout 2015 and beyond led by the racing community around the world.