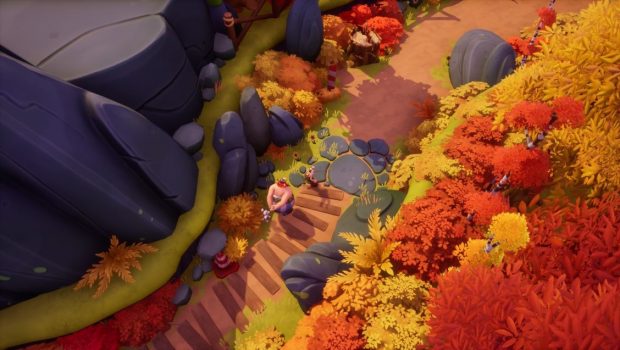 Asterix & Obelix XXXL: The Ram From Hibernia is now available

Microids is happy to announce the release of the video game Asterix & Obelix XXXL: The Ram From Hibernia on PC, Xbox consoles and Nintendo Switch! The PlayStation versions will launch on November 4 in North America. Discover the game’s launch trailer!

Asterix and Obelix are taking us to Hibernia for a collection of brawls with zero rule! For the very first time in the series, the game is both solo and co-op for up to four players! Romans, hold on to your shield, these Gauls mean business more than ever!

About Asterix & Obelix XXXL: The Ram From Hibernia

The year is 50 BC. Gaul is entirely occupied by the Romans. Well, not entirely! One small village of indomitable Gauls still holds out against the invaders… Meanwhile, in Hibernia (today known as Ireland) Keratine, chief Whiskitonix’s daughter, is calling Asterix and Obelix to the rescue as they need help to overcome the Roman invasion and bring back her father’s beloved golden ram. For this mission, you’ll control your favorite heroes and use your fists and any surrounding objects to make your way whilst throwing Romans in the air! Our two Gauls will also be able to count on their trusty druid Getafix, who’s been working on a new magic potion recipe for extra power!

Wake up the Gaul in you thanks to this brand-new top down explosive adventure of your favorite Gauls. Get ready for non-stop action, mind bending puzzle solving, exploration and items to collect in this one-of-a-kind adventure as good as a boar stew!